OPINIONS Opinion: China-Senegal, a miracle of peanut and fish

Opinion: China-Senegal, a miracle of peanut and fish 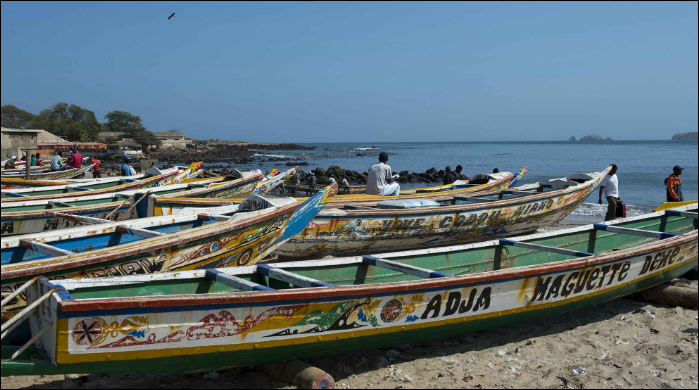 Dakar is the capital, main port and the largest city in Senegal, as well as the final destination of the world-famous Dakar Rally. Now, it has become the new starting point of a great voyage.

To harvest a bulk of 'peanut and fish'

The humble peanut and fishing are two pillars of the Senegalese economy. But can you imagine the two coming together to strengthen the ties of two countries thousand miles from each other?

Senegal is the world’s main exporter of peanuts. Four million people, around one-third of its population, depend on the crop. A team of Chinese agriculture experts and research centers there have been working for many years with local partners and international organizations like the World Bank to improve peanut cultivation and quality.

Today, Senegalese peanut enjoys strong competitiveness not only in the Chinese market but also in Europe. Meanwhile, the country’s peanuts are becoming more popular among Chinese consumers.

The company was jointly invested in by China National Fisheries Corporation (CNFC) and a Senegalese partner in 1994. The famous and reliable “Made in Senegal” seafood brand is coming to the global market.

As for rice, the country’s main staple food, rice cultivation, rice planting and yields grew dramatically under the guidance and technical transfer of Chinese experts. All these are contributing to the Senegal government’s goal of achieving self-sufficiency in rice.

To know more, to have a better understanding

Back in the 1960s, then Senegalese President Leopold Sedar Senghor, also a poet and litterateur, put forward the plan of building a black civilization museum. A half-century later, the dream came true with the help from China.

In 2016, the Museum of Black Civilizations made its debut in Dakar. This is one of the many projects in the country that have been realized with Chinese assistance since bilateral diplomatic ties resumed in 2005, along with the Senegal National Grand Theater and the Arene National du Se.

Hamady Bocoum, the museum’s director-general, said that it will not be “solely for black, but also for mixed race civilizations” because all cultures will be able to express themselves through exhibitions and conferences.

“Culture, as one philosopher once said, is the alpha and omega, it’s the beginning and the end of everything. There is a need to enhance cultural cooperation between the two nations,” Macky Sall, the Senegalese President, said ahead of his visit to China in 2014.

As a result, enhancing bilateral cultural communication became the priority. In 2016, the two governments signed agreements to establish a Chinese Cultural Center in Senegal, so that more Senegalese will have opportunities to better understand China.

Chinese President Xi Jinping’s visit to Senegal is the first by a Chinese head of state in nine years and his first visit to a West African country.

As an emerging economy with a high growth rate recently, Senegal is also an important member and financial hub of regional integration organizations like the Economic Community of West African States (ECOWAS) and the West African Economic and Monetary Union (also known by its French acronym, UEMOA).

Furthermore, Senegal is one of the pioneering countries in China-Africa industrial cooperation. Projects like construction of the Dakar power transmission loop, renovation and extension of the region’s power grid, building a highway from Thies to Touba, and the Diamniadio industrial park have all put the country squarely on the path to industrialization and social improvement under the Plan for an Emerging Senegal (PES).

From a broader perspective, Senegal is also the gateway to Western Africa, primarily the region’s French-speaking countries. The sound cooperation between China and Senegal could help accumulate more practical experiences in dealing with issues in the region.

So will a basket of peanut and fish transform into more shipments of valuable goods and capital? The answer is definitely yes.