Opinion: Is Ankara giving up Idlib? 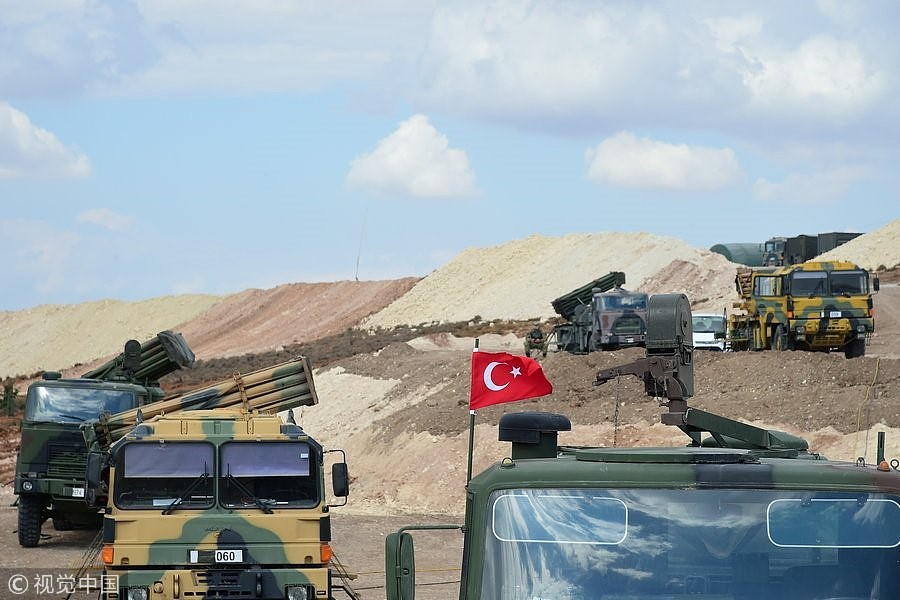 As the Idlib Province in northwestern Syria remains the last major stronghold for Syrian rebel groups, the upcoming military assault planned by Syria government forces might lead to the final major battle in the Syria civil war which has already lasted for seven years.

The upcoming battle over Idlib, therefore, suggests not only the final stage for Syria civil war, but also the new beginning for the Syria political reconstruction.

Ever since 2017, Syria government forces supported by Russia and Iran has launched several major military assaults, retaking various important territories that had been controlled by different rebel groups for years.

From the once “headquarter of Syrian rebels” in Aleppo, to Eastern Ghouta near Damascus and Derra in southern Syria, battlefield victories have encouraged Syria government to retake more territories from different rebel groups.

The Idlib Province has become the last major stronghold for many rebel groups.

On the one hand, Idlib has been the major base for the “moderate” Syrian rebel group, the Free Syria Army (FSA), and some extremist groups such as ISIS and Ahrar al-Sham, since the beginning of Syria civil war in 2011.

On the other hand, Idlib refuged many other rebel groups “re-deployed” from other major Syrian rebel groups’ strongholds that were retaken by Syria government forces.

The Jaisy al-Islam (Islamic Army), Southern Branch of FSA, and other Syrian rebel groups retreated from Aleppo, Eastern Ghouta and Derra according to different agreements reached between Syria government and rebel groups also find their homes in Idlib.

Therefore, the military assault launched by Syria government forces will be the last major battle in Syria civil war.

The most embarrassed state, in the upcoming Idlib battle, is Turkey. According to the four “de-escalation zones” outlined in the Astana Peace Process last year, Idlib became the region of “de-escalation” monitored by Ankara.

Turkey has set up 14 supervision sites in Idlib Province with the efforts of separating Syria rebel groups in Idlib and Syria government forces from neighboring provinces.

However, with the approachment of upcoming military assault planned by Damascus, Turkey has to make choices between being restraint and defense against the Syria government forces.

Ankara’s major concerns in Idlib, or in Syria civil war, has transformed significantly during the past years.

From the very beginning of the conflict, Ankara’s major strategy was to support both the Syria political opposition parties and rebel groups to overthrow the Syria government.

Ankara is the major state that organized and attended the various international conferences denouncing the Syria government, and offered military support and training assistance to rebel groups. Ankara once believed that the Syria civil war might be similar to the one in Libya that ended within months.

It is clear that Ankara underestimated the brutality of Syria civil war, and Turkey’s then-Prime Minister Ahmet Davutolu once declared in 2012 that Syria civil war would end soon and “no more than 100,000 Syrian refugees will come to Turkey”.

However, with the continuity of Syria civil war and the emergence of many powerful extremist groups in Syria battlefield, especially the emergence of Syrian Kurdish political groups “Kurdish Democratic Union Party” (PYD) in Northern Syria, which is perceived by Ankara as the branch of “terrorist group” Kurdish Workers’ Party (PKK), it is believed by Turkey that its national security was threatened.

Meanwhile, the growing number of Syrian refugees also has become a serious challenge to both Turkey’s social stability and economic development. Most of the Syrian refugees in Turkey do not live in the refugee camps and move to major Turkish cities such as Istanbul, Izmir and Ankara to seek jobs and employments.

Some Islamic extremists and terrorists also penetrated into Turkey with the refugees and planned several terrorist attacks inside Turkey. In addition, many rebel groups that were supported by Ankara find refuge in Idlib.

Therefore, Turkey hopes to establish “buffer zone” controlled by itself in Northern Syria to settle the more than three million Syrian refugees in Turkey and to eliminate the Kurdish groups in Northern Syria.

After Turkey was entrusted by Astana peace conference in 2017 with the privilege of “monitoring” the “de-escalation zone” in Idlib, Turkey became the status quo maintainer in Idlib province.

Given the upcoming military assault planned by Syria government and supported by Russia, the rebel groups might be defeated without direct involvement by other regional and international powers.

Turkey, although enjoys close relations with rebel groups in Idlib, is hesitated to offer direct help and assistance to rebel groups against Syria government forces.

To offer assistance to resist the military assault from Syria government forces means Turkey needs to provide huge amount of money to different factions of rebel groups, and Turkish military forces may even confront directly with Syrian government forces.

Given that Turkey’s strained relation with US and Europe and its economic hardship at home, it is important for Turkey to keep its close relation with Russia and concentrate on its domestic affairs.

Turkey has already eliminated the PYD militants in Idlib and the neighboring Afrin enclave, and its security concern over Syrian Kurdish in Northern Syria has partly decreased.

Ankara’s support to Syria rebel groups becomes a burden given the Syria government’s battlefield superiority. Therefore, Turkey might have to give up the rebel groups in Idlib in exchange of maintaining some of its presence in Northern Syria in the future.

Turkey will keep its military presence and influence in Idlib even after Syria government retakes the province, but Ankara has shifted its stance over Syria issue through both respecting the battlefield reality and accepting the Syria government’s victory.

Idlib is the last major stronghold for Syrian rebel groups, and the upcoming military assault launched by Syria government might suggest the end of Syria civil war.