Opinion: Is Australia’s friendly gesture toward China just a subterfuge? 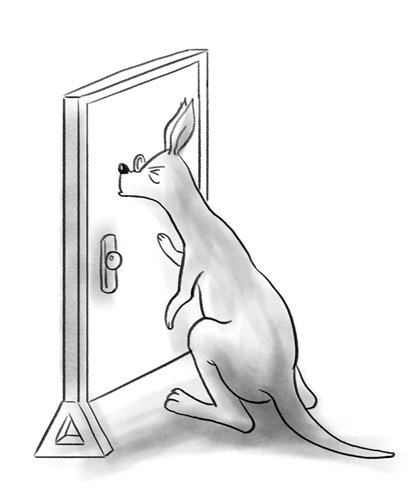 Australian Prime Minister Malcolm Turnbull and Foreign Minister Julie Bishop have recently spoken of their willingness to improve ties with China and have stable bilateral relations. China and Australia are closely linked with economy and trade and share common interests and views on promoting global trade liberalization. These should be driving forces to strengthen cooperation and maintain healthy ties. In this respect, the attitude of the Australian leaders deserves praise.

China has long been committed to maintaining healthy relations with Australia. Australian leaders shouldn't use it to ward off domestic political pressure or to impress voters. It may work in the short term, but will damage hard-won trust between the two countries in the long run.

It's normal for two countries to have divergent views, opinions and even disputes. This should not affect normal bilateral relations, nor should it be used as a tool by politicians to manipulate domestic politics. However, some Australians created a brouhaha over the so-called increasing Chinese influence on their country and China's enhanced efforts to claim rights in the South China Sea, which led to strains in bilateral ties.

In fact, the increasing influence of China which some Australians talk about is a two-way process brought about by the continuous enhancement of trade, political and people-to-people exchanges over the past few decades. Accusing China of deliberately seeking to increase its influence on Australia, exporting ideology or interfering in the country's domestic affairs runs counter to the truth and will damage bilateral relations.

After all, Western countries have had a profound influence on China over the past four decades since the reform and opening-up. China has treated these external influences rationally and continued the opening-up process.

Beijing does not intend to export ideology or interfere in other's internal affairs. Profound historical, cultural and social factors lead to formation of ideologies. It's difficult to impose one's will on the process. Western countries sought to impose their ideology and political systems on many other countries around the world but often failed to gain the desired results.

China welcomes other countries to learn from its development experience. But at the same time, it has repeatedly emphasized that they should take their own path to development based on local conditions, as China has done. Interfering in others' internal affairs will not only make it difficult to achieve the policy goals that one country pursues, but will also easily cause friction, hurting the feelings of the government and the people of the country which is intervened with. A case in point is the Western military intervention in Afghanistan and Iraq in the beginning of the 21st Century.

Reviewing China's diplomatic theories and practices, it's groundless to say the country is exporting ideology to Australia and seeking to interfere in its domestic affairs - something that goes against Beijing's foreign policy.

As for the South China Sea issue, China's claims on the sovereignty of the water body do not constitute a plea for territorial expansion after the economic rise of the People's Republic of China, but have been put forward by successive governments including the Qing Dynasty and the Republic of China. They are grounded in the Cairo Declaration and the Potsdam Proclamation, which established the order of the post-war Asia-Pacific region and the world.

The US dispatched warships to assist China in restoring its sovereignty over the South China Sea islands in the 1940s after Japan's defeat in its aggression into China. Australia is not a South China Sea claimant, but has been actively involved in the issue. This led to China's discontent and discord in ties.

Whether China and Australia can maintain long-term and healthy bilateral relations depends on Canberra's sincerity, lest disputes break out now and then. Worse still, seeking temporary rapprochement to cope with domestic political and economic crises will only undermine the stability of bilateral relations.