OPINIONS Opinion: Is the ROK the key to easing US-DPRK tensions

Opinion: Is the ROK the key to easing US-DPRK tensions 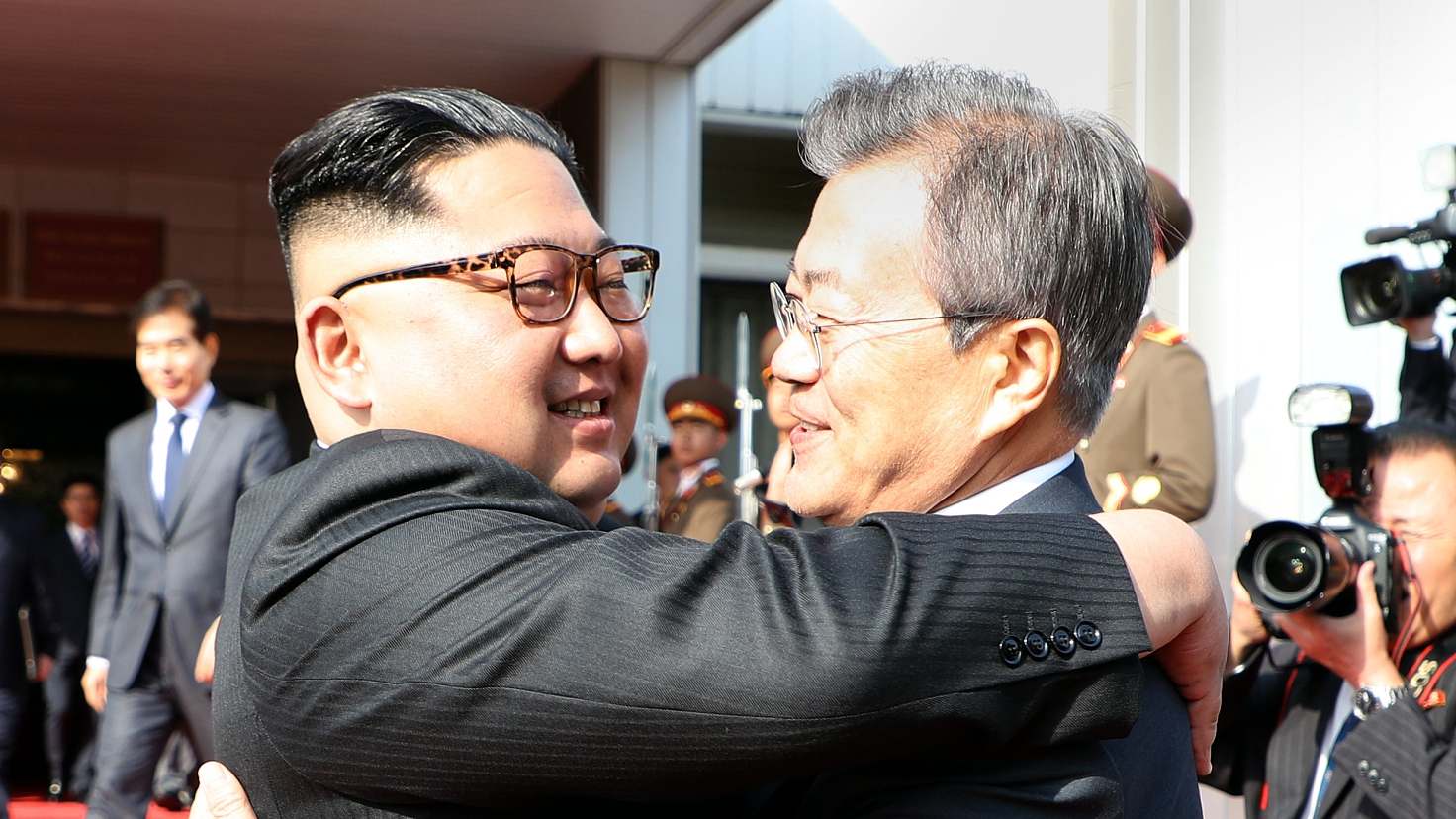 Editor's note: The article is written based on an interview with Li Nan, an associate research fellow at the Institute of American Studies at the Chinese Academy of Social Sciences. The article reflects the author's opinions, and not necessarily the views of CGTN.

The two sides agreed to hold the summit during a high-level dialogue talks earlier in August, after DPRK leader Kim Jong Un and ROK President Moon Jae-in first met in Panmunjom on April 27 and held a summit again on May 26.

Kim has renewed his commitment to the denuclearization of the Korean Peninsula, DPRK state media reported on Thursday.

This year has witnessed dramatic improvement on the Korean Peninsula. On February 10, a DPRK delegation was sent to the PyeongChang Winter Olympics and talks were held between Moon and Kim, reflecting a breakthrough in the Korean Peninsula situation. Since then, tensions between the North and South have gradually eased.

Li Nan, an associate research fellow at the Institute of American Studies at the Chinese Academy of Social Sciences, spoke highly of the coming summit. From his point of view, the summit is being held by the DPRK in an attempt to improve its relationship with the US, which still views Pyongyang as a major threat in the region. As Li pointed out, although both the US and DPRK are willing to improve their strained relationship, a lack of mutual trust has always been an obstacle hindering the peace process on the Korean Peninsula.

"At the moment, the US and DPRK are standing off against each other over the peace process," Li told CGTN. In his opinion, despite the historic Trump-Kim summit in Singapore on June 12, the US and DPRK still do not trust each other. While the DPRK hopes the US will sign a declaration to end the Korean War within the year, Washington insists on the priority of denuclearization.

Their contradictions were aggravated by US Defense Secretary Jim Mattis' rhetoric that the US won't suspend more military drills with the ROK. In order to retain the upper hand in the negotiation with Pyongyang, the US has decided not to concede too much up front, such as giving in to the DPRK’s request to sign a declaration ending the Korean War.

The DPRK, however, has no alternative but to press on with the peace process because of its own interests. The ROK, therefore, is seen by the DPRK as a bridge between Pyongyang and Washington that brings both sides back to the table. Li views the third summit as a tactic applied by Pyongyang to express its willingness to talk to Washington. As he noted, Kim’s renewal of his commitment to the denuclearization of the Korean Peninsula reflects on Pyongyang's goal for holding the summit – convincing Washington of its sincerity to continue negotiations despite divergences over several issues.

According to Li, it isn't the first time the DPRK has used its neighbor to the south as a "courier" to send positive messages to Washington. Around three months ago, when the unpredictable US President Donald Trump threatened to cancel the summit with Kim, the DPRK pulled it off by holding the second Kim-Moon summit on May 26. Without the summit, Kim's wish to meet Trump would have fallen through.

Although the conflicts between the US and DPRK tend to peter out as a result of their joint efforts, their distrust remains the main factor holding back their relationship and the peace process. Li argued that as the beneficiary of the peace process, the DPRK is determined to succeed and continue talks with the US. In order to tackle the downward spiral of the US-DPRK relationship, Pyongyang organized the third summit with renewed determination to work toward denuclearization.

Li is optimistic about the summit. In his opinion, there are numerous benefits to be reaped from the summit for both the ROK and DPRK. Among the benefits, the most notable will be putting into practice what was accomplished in the previous two summits. Li said that building an emergency line between the two leaders will be a focus of the coming summit. Besides, they will discuss the possibility of building an emergency organization along the border for the purpose of preventing potential military conflicts.

This method will definitely bring the benefits of peace to the Korean Peninsula, and contribute to the DPRK's negotiations with the US in the future.