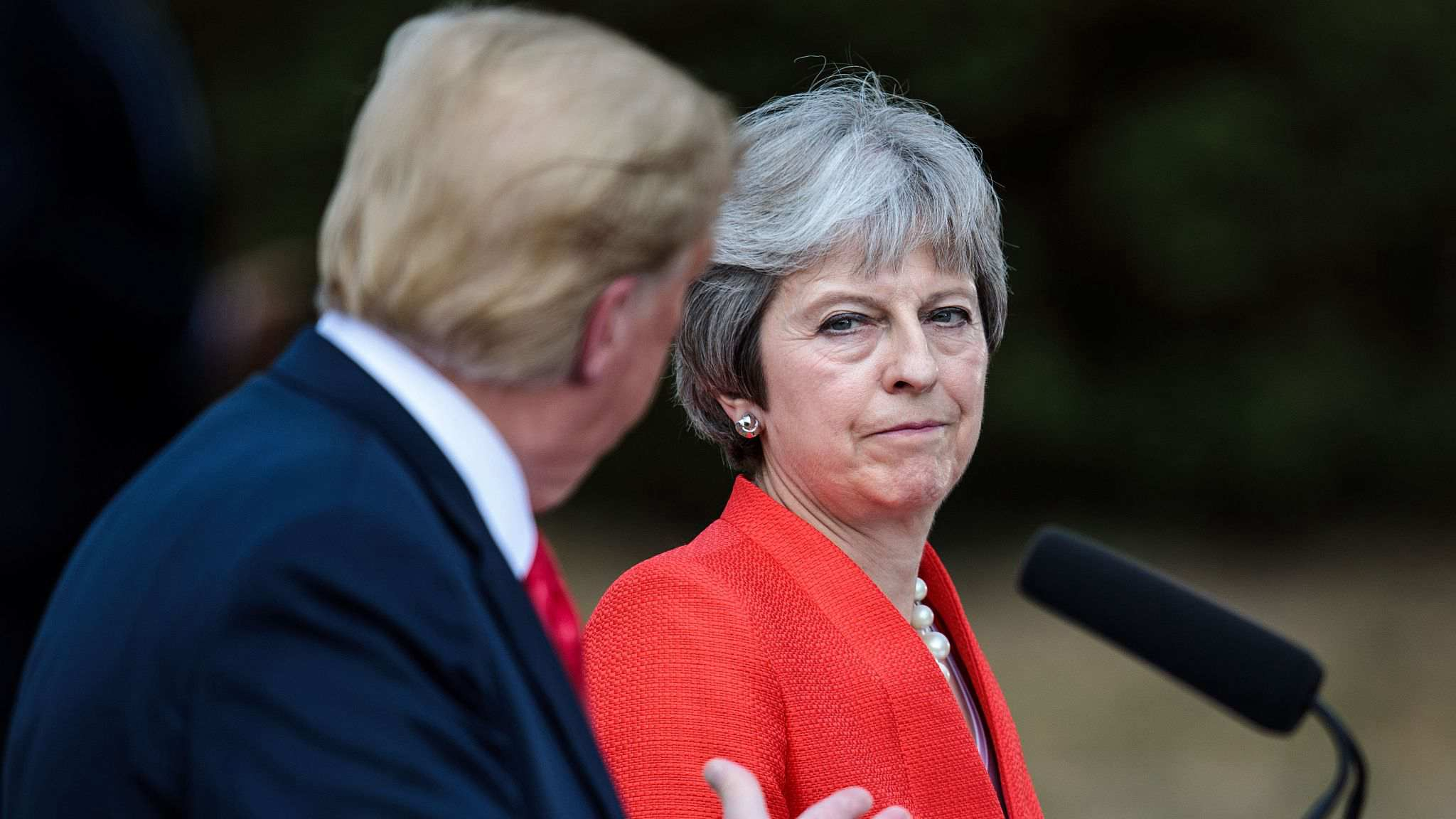 US President Donald Trump wrapped up the official part of his UK visit after meeting UK Prime Minister Theresa May and having tea with the Queen.

It seems that the only highlight of the visit is the protests against Trump across the UK and currently the only possible breakthrough in the US-UK relationship is a bilateral Free Trade Agreement (FTA).

Both countries have the political will to sign the deal after Brexit. For the US, Trump’s attitude towards Brexit is totally different from his predecessor, when Obama warned that if the UK left the EU, the UK would be at the back of the queue.

In contrast, Trump believed Brexit was conducive to reaching a bilateral FTA for the two countries and he expressed strong interest in pushing forward the deal last year when Theresa May first visited the White House.

The UK also wants to reach an FTA with the US. It will prove that the UK can still manage to maintain a special relationship with the US and strike trade deals with other countries, embracing the globe even after Brexit.

However, the road ahead is bumpy. The problem is that Trump uses his backing Brexit as leverage. Generally speaking, Trump never perceived Brexit in a strategic way but in a purely economic way, which means he does not care whether the process of Brexit is smooth or not. He only cares about economic gains the US can get from Brexit and the FTA.

Therefore, the US insists that the UK abide by many requirements as a condition for an FTA, even though this would restrict the UK’s capability to negotiate a trade deal with the remaining 27 members of the EU.

Another challenge is that both countries are preoccupied with their domestic affairs in the next stage. The US will have its mid-term elections in November and Trump must put its domestic issues first and figure out how to stabilize the economic growth and make his immigration policies less controversial.

For the UK, May will still be busy with handling the process of Brexit, especially after the consecutive resignations of two important ministers, David Davis and Boris Johnson. The top priority for May is to solve the ongoing political crisis. Therefore, both sides are distracted and hard to invest their political resources in pursuing substantial breakthroughs on FTA negotiations.

Some people even argue that the special relationship is almost over since Trump’s era. The statement is a bit pessimistic. The basic foundation of the relationship is still solid, including their bond of history, culture, institutions, shared interest and close cooperation on security, intelligence and nuclear.

But the relationship is facing fresh challenges.

First, the US and UK no longer see eye to eye on the international order established and maintained by the US and Europe after World War II. For example, on global affairs, Trump withdrew from the Iran nuclear deal and the Paris agreement on climate change, which is not in line with UK and EU’s global interests.

Second, on the verge of leaving the EU, the UK’s role as a bridge between the US and the EU is diminished. The UK has long played the role of US representative within the EU, trying to promote US interests. But after Brexit, the US might turn its attention and attach more importance to other EU major countries like France and Germany.

Third, Trump has interfered in UK domestic politics in a very negative way. He once criticized May’s government and the Mayor of London Sadiq Khan for being too soft on terrorism and crime. It is also reported that Trump criticized May’s softer Brexit during his visit this time because he believed a hard Brexit would be more helpful for negotiating the FTA with the UK.

Last but not least, Trump and May have different attitudes towards Russia. The Trump-Putin summit is expected to be held on July 16. Since Trump has long adopted a friendlier attitude towards Putin and Russia than his European counterparts, the UK and other US allies are very worried that Trump might try to facilitate US-Russia relations or strike a grand bargain with Putin at the expense of Europe’s interests.