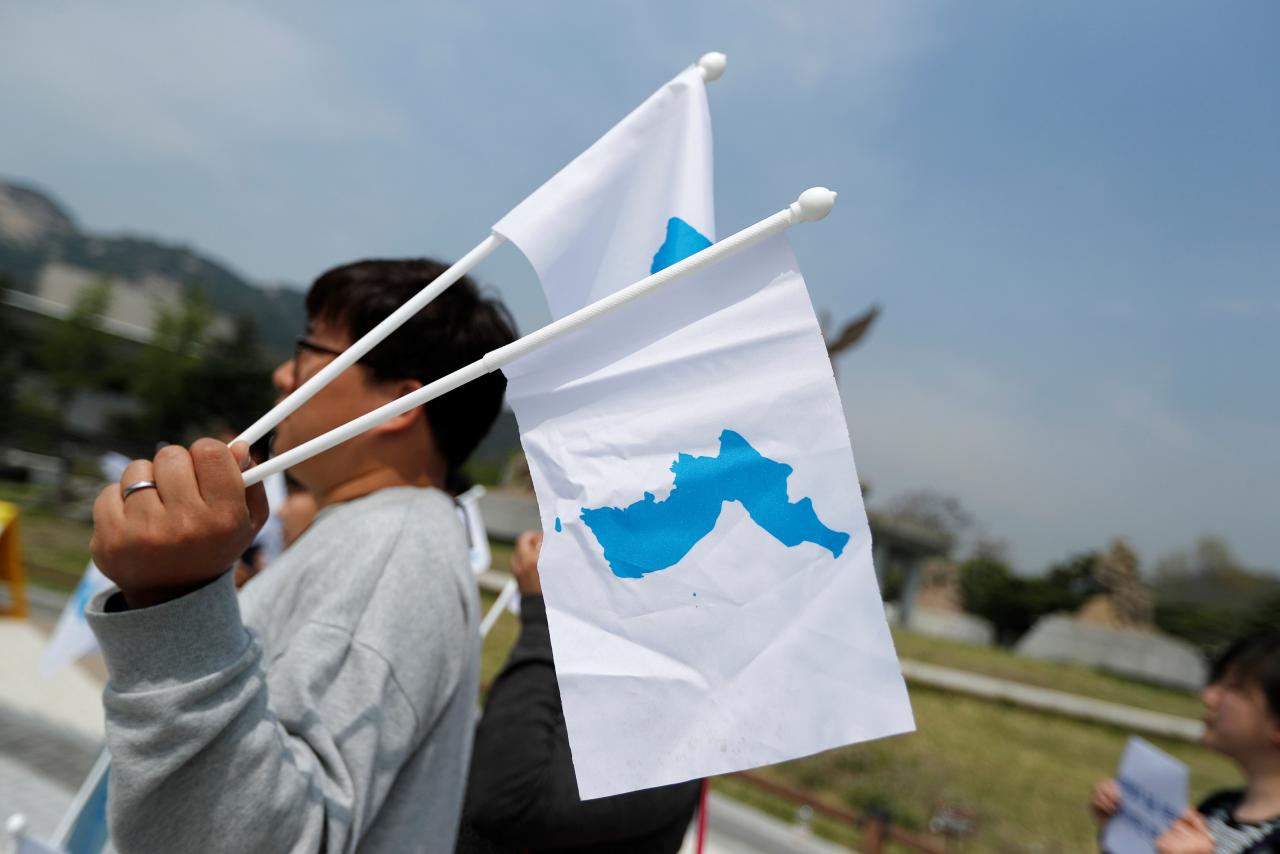 The Korean Peninsula once again comes under the spotlight as Pyongyang and Seoul are gearing up for a summit between North Korean leader Kim Jong-un and South Korean President Moon Jae-in, slated to take place Friday. As the summit will culminate in an inter-Korean rapprochement, the international community has high expectations for the historical meeting.

To clear some obstacles for the upcoming summit, North Korea convened the third plenary meeting of the seventh central committee of the ruling Workers' Party of Korea on April 20 and stunned the world in a number of ways.

First, Kim made the keynote speech, which set in motion a propaganda campaign to educate the North Korean people that the time had come to rethink North Korea's nuclear status. North Koreans have made significant sacrifices to develop their nuclear weapons and had tended to believe they are their country's "treasured sword" that could never be placed on any negotiating table. It is not easy for a North Korean leader to mobilize popular support in such short period of time.

Second, based on Kim's speech, the party congress adopted two resolutions, claiming the great victory of the party's Byungjin Line, namely, simultaneously pushing forward economic construction and the building of a nuclear force. The resolutions explicitly acknowledge that the Byungjin Line has accomplished its historical mission and will be replaced by an "economy first" strategy.

In other words, North Korea will single-mindedly concentrate all efforts on socialist economic construction. Third, the party congress decided to take unilateral actions to suspend nuclear and missile tests from April 21 and close off the nuclear facilities in Punggye-ri where six nuclear tests were conducted. In fact, North Korea dropped a demand that freezing its nuclear and missile tests should be reciprocated by a suspension of US-South Korea joint military exercises.

Even though the party congress did not mention denuclearization, it sent a clear message to the outside world that North Korea is taking concrete actions to pave the way for the upcoming summits with Moon and US President Donald Trump. Conceivably, North Korea's party and government will continue to educate its people about the policy changes and rally support for the new "economy first" line. If the summits go well, North Korea may move further to revise its constitution by replacing the Byungjin Line with the new one.

The two Koreas also added extra momentum to the ongoing Korean rapprochement by stopping their propaganda broadcasts near the demilitarized zone a couple of days ago. All the signs point to one possibility: The summit is going to be fruitful at least on four issues.

First, on inter-Korea relations, the traditional issues such as family reunion and the Mount Kumgang tourism program will be addressed and new economic cooperation, particularly the closed Kaesong industrial complex, will be explored in a constructive fashion. South Korea may drop some unilateral sanctions against North Korea imposed on May 24, 2010 in the wake of the sinking of the South Korean ship Cheonan.

Second, on the North Korean nuclear issue, the North Korean leader cannot continue to remain silent in public. We expect Kim and Moon to clearly announce their willingness to pursue denuclearization of the peninsula and some basic principles that can guide the process in a written document.

Third, on the establishment of a permanent peace mechanism on the Korean Peninsula, both Koreas may show their readiness to reduce or halt their hostility toward each other and work toward replacing the armistice with a peace treaty that includes the full participation of China and the US. On the planned Kim-Trump summit, both Kim and Moon may express their common forward-looking desire for a successful and fruitful dialogue, which will in turn sustain the inter-Korean rapprochement.

Summit success is seemingly within their grasp, but the challenges faced by Kim and Moon are also daunting. Kim needs to dispel doubts about his real intention to denuclearize and at the same time get something from the summit to justify his abrupt policy change.

Moon needs to reconcile three roles assumed in his meeting with Kim, namely competitor, partner and broker. In addition to overcoming deep-seated mistrust and making good use of shared Korean history, culture and language, Moon may try to build a partnership between the two Koreas and painstakingly make sure the planned meeting between Kim and Trump, at odds over a variety of issues, is on track and able to find the finishing line.

Nonetheless, given all the efforts by the two Koreas, I'm keeping my fingers crossed that the inter-Korean summit will be successful. A fruitful Kim-Moon meeting is not only good for the two Koreas, but also good for every country in Northeast Asia.