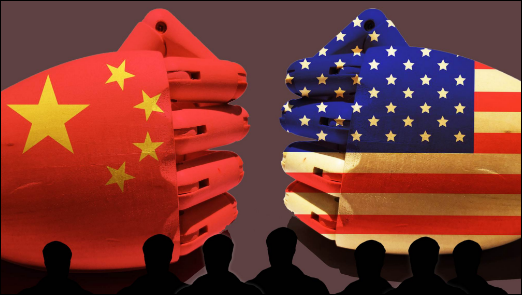 In response to the United States' unilateral escalation of Sino-American trade frictions, China announced on Friday that it would impose additional tariffs ranging from five to 25 percent on 60 billion US dollars' worth of imports from the United States.

During interviews with multiple media organizations, US National Economic Council Director Larry Kudlow said China shouldn’t underestimate President Donald Trump's determination to follow through on his promises regarding trade. He also indicated that the United States would soon form an alliance to exert pressure on China to stop its so-called unfair trade practices.

It is good that President Trump delivers on his promises, in so far as he has to answer to the American people. However, the record shows that his administration is better at talking big than it is at taking action. In Washington DC back in May, the United States and China reached a consensus not to launch a trade war. But it didn’t take long for the American government to back away from this agreement and raise tariffs on imports from China.

This isn’t the first time that the White House has behaved this way in recent history. When it came to the issue of the denuclearization of the Korean Peninsula, President Trump decided to hold a summit with the DPRK leader, then abruptly called it off – until he made a U-turn and said it was back on again. And let's not forget the laughable story of President Trump’s "double negative" after he faced intense domestic backlash for siding with Russia’s President Vladimir Putin over his own intelligence agencies on the issue of foreign interference in the 2016 elections.

Kudlow's comments are meant as a warning that the Trump administration may roll out more punitive measures against China. Having already threatened to impose an additional 10 percent tariff on 200 billion US dollars of imports from China, they upped the ante this week by raising the proposed tax to 25 percent.

But the extortion tactics used by the White House aren’t working. As the world's largest market, the United States has become accustomed to using sticks rather than carrots to resolve trade disagreements. This year, China’s domestic retail market will expand to match – or even exceed – that of the United States. The stick won't work on China.

As for the so-called alliance that Kudlow is talking about, he seems to believe that the United States will soon establish trade agreements with the European Union, Mexico, Japan, Australia, and possibly even Canada. Kudlow's hopes of forming such an alliance is wishful thinking. He is pitching the fantasy to the American people so he can sign a handful of deals that past experience has shown each takes years of difficult and sustained negotiations to accomplish.

Take the recent negotiations between the United States and the European Union as an example. According to the Financial Times, it wasn’t long before the talks designed to lay the groundwork for future negotiations hit a major roadblock. The Europeans insisted on excluding agriculture from the negotiations, having already spent the last few years rejecting imports of American agricultural products such as genetically-modified crops, hormone-fed beef, and poultry bathed in anti-bacterial chlorinated baths.

According to France, Europe's agricultural powerhouse, no negotiations whatsoever will be held on the issue of agriculture. It would take something little short of a miracle for the European Union to open its market to American agricultural products any time soon.

In light of the discontent of American farmers over their losses resulting from the trade war, and with the mid-term elections approaching, Trump administration officials have repeatedly tried to assuage farmers with the notion that the trade agreement with Europe would greatly improve their situation. It was not long ago that President Trump spoke to the country’s farmers during a rally, telling them "We just opened up Europe for you."

And yes, the European Union has purchased more American soybeans, according to the Financial Times, in the expectation that they can make their armistice with the White House hold. But the American Farm Bureau Federation, the country’s biggest agriculture lobby, has said that no market is big enough to make up for the loss of sales in China.

And as it stands, it is still unclear whether the Europeans are willing to take concrete steps to meet the Trump administration's demands. There is still a long way to go before the deal realizes the goal of "zero tariffs, zero non-tariff barriers, and zero subsidies."

As for the coalition that Larry Kudlow dreams of building to put pressure on China, that has problems of its own. Mexico, also a developing country like China, has been enhancing its trade ties with China over the past few years to enable it to be less dependent on the United States. And because it’s fighting its own trade war with the United States, Canada is not even taking part in the renegotiation of NAFTA, suggesting that it will take a lot of time to persuade Canada to join the coalition that Kudlow is longing for.

Kudlow is also hopeful that he can get Japan and Australia on board his grand coalition. But China is the largest export market to both of these countries, and both of them run trade surpluses with China. In 2015, China and Australia signed a free trade agreement that made Australia's trade surpluses with China among the world’s largest. In 2017, this surplus was about 28 billion US dollars.

Those countries have little reason to take part in Kudlow's coalition, as it risks undermining their own national interests. And to make matters worse for Kudlow, on Friday the leading European Union representative in the sphere of foreign affairs and security policy, Federica Mogherini, said that the European Union sees China as a major strategic partner, and that it will not adopt an anti-China policy. Rather, it stands with China in promoting multilateralism and supporting free trade.

It would be ideal if China, the United States, the European Union, and Japan sat down at the negotiating table to agree on reforms of the World Trade Organization (WTO). Ensuring that the global multilateral trading system runs soundly, and that disputes can be resolved within the WTO's framework, are outcomes that would benefit everyone.

That would certainly be a better outcome than seeing individual countries unilaterally use their domestic laws as weapons in trade disputes. But given that President Trump likes to deal with disputes through bilateral talks, would he ever agree to do so?