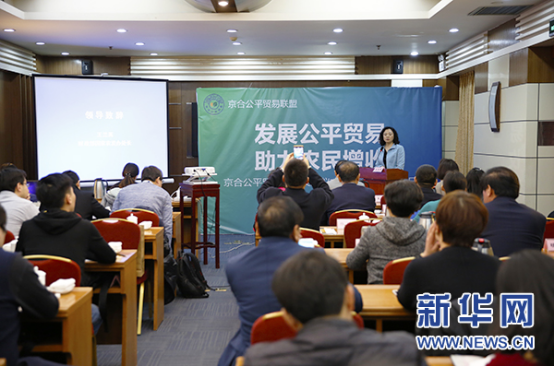 President Trump has repeatedly said trade with China is not fair. While the US places 2.5 percent tariffs on imported Chinese cars, for example, China was putting 25 percent on imported American cars, before the latest trade spat erupted. Many people echo this argument.

You know what, I agree. Trade should be fair. But how do you define fairness?

President Trump loves golf. Let’s use that game as an analogy. He should understand, one of the strengths of the game is that weaker players and strong players can still have a meaningful game by the use of a so-called “handicap system.” Under this system, the stronger player has points added to his score to level up the difference in strength in order for the game to be fair.

The same is or should be true of international trade tariffs. When China joined the world trade organization in 2001, its economy was only one-eighth of that of the US, and its per capita GDP was the level of the US a whole century earlier. Strong economies led by the US, agreed to give China some leeway and time to gradually open up its markets. As a result of painstaking negotiations, China’s tariffs on imported cars, be they American, European or Japanese, were set at 25 percent.

It was higher than the 2.5 percent the US taxed imported cars but much lower than the 180 to 220 percent China has imposed on imported cars before. The potential of the Chinese auto market was deemed big enough to bring huge returns for foreign car makers, let alone the much greater volume of other commodities and services China would import from abroad.

Based on these considerations, developed economies led by the US accepted the 25 percent tariff level and considered this not only a fair deal but a great deal. Of course, this is a shifting situation. China’s economy is now 60 percent that of the US. It’s time indeed for China to lower its tariff levels in general on foreign imports.

But that should be done through negotiations, and not just between the US and China, but between all different players in the game. That’s exactly what the WTO is there for. To assert that trade is not fair simply because the tariff levels are different is a far-fetched and misleading concept. Fairtrade does not equal absolute reciprocity. Let’s not talk about so-called “fair” trade, but rather sit down and talk fairly.