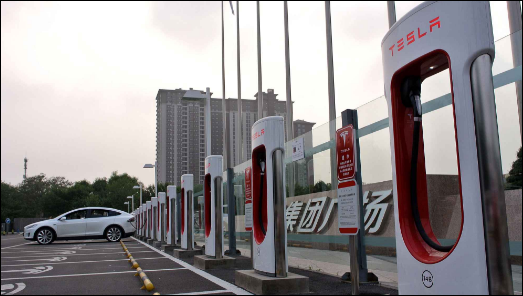 Tesla’s announcement of its investment in Shanghai to build a wholly owned super-factory is a bright spot in the cloudy and uncertain environment covering the US and China economic relations in recent months. China’s auto market, the largest in the world, is so far largely dominated by joint ventures formed between Volkswagen or GM and their Chinese partners.

Tesla’s factory breaks new ground in the sense that it is the first wholly foreign-owned automaker in China. It signals a push by the Chinese government to implement the new initiatives regarding foreign direct investment and starting a new era for foreign multinationals.

China’s economic reform and remarkable growth in the past 40 years are intertwined with its open-door policy, under which companies from all over the world invest in China. Multinational enterprises play a vital role in changing China’s landscape for major industrial products by bringing technologies, management skills, and marketing networks. Through this process, the Chinese strategy of multinational enterprises has also evolved, from beachhead exploration to market domination in certain areas.

Those efforts have turned China into the world's factory. As the Chinese economy continues to grow, no one can afford not paying enough attention to the current size of its market and its future potential. The gradual opening-up of the Chinese market attracts more multinational companies to invest more resources.

Domestically based multinational companies, meanwhile, are competing against multinational firms from other countries, even in their home turfs.

The competition intensifies as a number of indigenously growing firms move up the technical ladder. Those companies learn quickly from the foreign multinationals and move down along the learning curve. They know the local market better, can move quickly and exist to meet the needs of the local consumer. Using the car industry as an example, companies such as BYD, Geely, and Great Wall are trying hard to grasp a piece of the market share.

Moreover, those Chinese companies are going out and competing with multinational companies from other countries in the global market.

It was a very different scenario before China joined the WTO in 2001. At that time, foreign multinationals enjoyed super-national treatment as the Chinese government attempted to attract foreign direct investment by any means necessary. WTO obligations, however, had China develop a level playing field. The privileges and benefits enjoyed exclusively by foreign multinationals were phased out.

The increasingly opening Chinese market put pressure on those early movers in China. In retrospect, the business environment in today’s China is much better than that of previous years. Despite all these progresses, China has never been an easy market for the fainthearted. The entry by companies, such as Tesla, equipped with better technology, is challenging the incumbents.

Chinese consumers are becoming more sophisticated and going shopping all around the world. These factors push foreign multinationals to move forward. Continuous innovation and adaptation to the rapidly moving market in China is the key to future success.

The positive development is that as the market continues to expand, there should be new room to accommodate the newcomers as long as their products and services meet the expectations and desires of the locals. Moreover, the Chinese government takes measures to improve the business environment. These measures in the long run will facilitate those with firm-specific competitive advantages.

For instance, despite the doomsday prediction made by one influential local entrepreneur on the fate of the Disney theme park, the Disneyland in Shanghai has quickly become the most attractive theme park in China. It symbolizes the further opening in high-value services industries, such as entertainment, healthcare, and financial services. As GDP per capita in China approaches the global average of 10,000 US dollars, the demand for high-quality services should be strong.