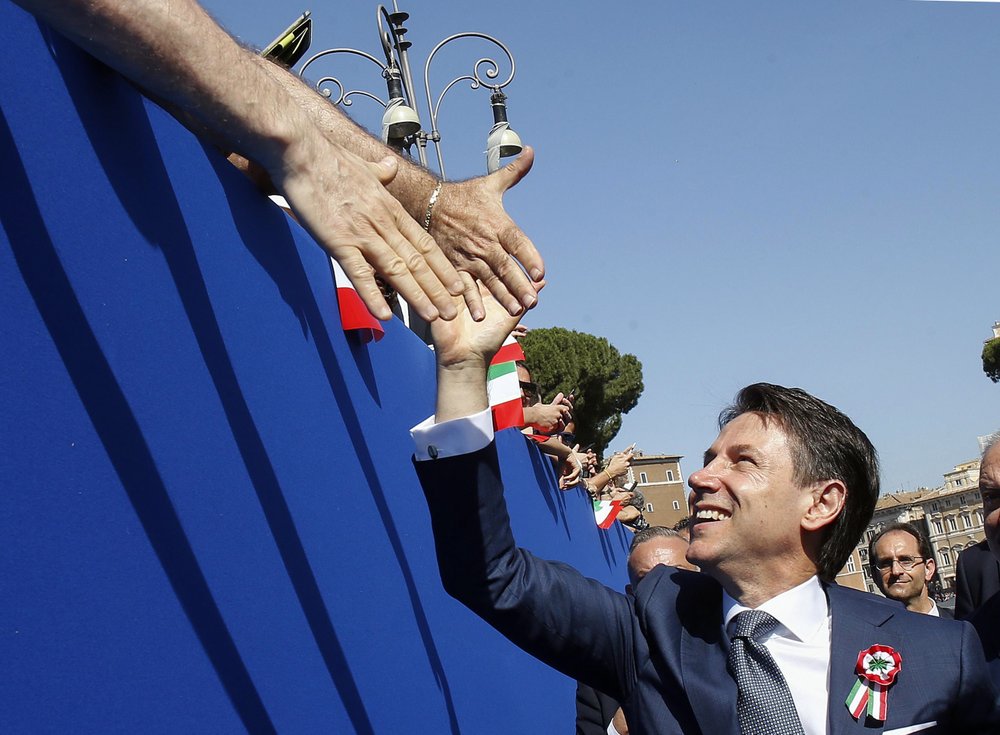 ROME, Aug. 23 (Xinhua) -- The League, Italy's nationalist political party that orchestrated this month's government crisis that led to the government's collapse on Tuesday, might be suffering some of the consequences of recent maneuvers.

In the weeks leading up to Tuesday's resignation from Prime Minister Giuseppe Conte, analysts warned that when an Italian political party forces a government to collapse, it is usually punished by voters for doing it. Two polls released this week, the first since the government collapsed, seem to be illustrating that trend.

According to the latest poll from Tecne, based on a survey that took place on Wednesday, support for the League slipped 7 percentage points, from 38 percent to 31 percent.

The center-left Democratic Party and the populist Five-Star Movement inherited most of the lost votes, gaining 3 percentage points each to 25 percent and 21 percent, respectively.

"I think we are seeing some people who are not part of the League's core group of supporters peeling off," Opinioni co-director Maria Rossi told Xinhua. "It is working against the party to be seen as the authors of a political crisis."

Matteo Salvini, deputy prime minister and head of the League, reportedly sought to make the collapse look like the fault of the League's coalition partner, the Five-Star Movement, by promising to support a Five-Star Movement priority of reducing the size of parliament by more than a third, but only after new elections are held. But the plan did not succeed in shifting the responsibility in the eyes of voters.

The conventional wisdom is that new elections would favor the League, which saw its support level in polls approach the 40-percent level. But the two polls appear to show that support level eroding.

"There seems to be a core of support for the League and its anti-migrant policies, but that's in the mid-20s," Rossi said. "That could mean the party's support could slip further before it levels out."

Italian President Sergio Mattarella held two days of consultations with all the major political parties this week, with talks set to resume on Tuesday.

According to Oliviero Fiorini, a political affairs analyst with ABS Securities in Milan, the latest polls probably don't show enough of an erosion in support for the League for the party to change tactics. But it could be enough that it would make it difficult for the party to form a ruling coalition after such a vote.

"These polls make the situation murkier," Fiorini said in an interview. "The Tecne poll showed Forza Italia and Brothers of Italy (two second-tier parties that could join the League in a coalition) with around 7 percent each. If these were election results, the League and its allies wouldn't quite have enough support to form a government."

Fiorini said that would cause problems since the results would come in the middle of already-challenging negotiations for the country's 2020 budget.