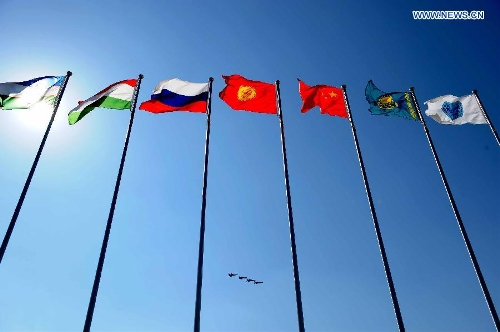 The 18th Shanghai Cooperation Organization summit is being held in Qingdao, Shandong Province through Sunday. With a total of 18 countries including observers and dialogue partners in attendance, the summit is the largest ever since the founding of the organization. With India and Pakistan are participating for the first time as full members, the SCO is showing an atmosphere of upbeat development.

Chinese President Xi Jinping is presiding over the summit. The summit venue's province, Shandong, is the birthplace of Confucianism. The "Shanghai Spirit" of mutual trust, mutual benefit, equality, consultation, respect for cultural diversity and pursuit of common development echoes the essence of Confucianism.

When the SCO was founded, some Western countries were cautious.

They worried the SCO was established to challenge the West, while at the same time wrote it off as a disruptor with a dim future, citing its lack of a leadership and different values among member states.

It's difficult for the West to understand the SCO. NATO and G7 are two major Western organizations. NATO, during the Cold War, was a military and political bloc dominated by the US with a clear-cut aim to confront the Soviet Union. G7 is a club of rich countries led by the US to consolidate the global economic order that is favorable to the Western world.

Be it NATO or G7, they are both very closed and exclusive. Their interests are not for all. At one time, the G7 included Russia, only to kick it out later.

That is not the case for the SCO, which began with the Shanghai Five mechanism. It is an organization of equal cooperation aiming to resolve security issues that concern its member states, instead of serving the interests of certain dominant powers. It is not a tool for geopolitical games, seeking hegemony or engaging in international confrontation. Its only goal is to solve problems through collaboration and common development.

Public opinions in the West continue to hype up discord among SCO members states. But what they fail to figure out is that cooperation and joint development does not require uniformity in political systems and values.

Collaboration under the SCO framework has tremendous potential in three major areas: security cooperation, economic cooperation and cultural exchange. The SCO also established a stable global framework for these collaborations. Any forces that bad mouthed it in the past are now witnessing its jaw-dropping momentum.

It can be anticipated that the SCO summit in Qingdao will be a milestone for the development of the SCO. The Shanghai Spirit will surely be further spread throughout the world and provide mankind with new ideas and approaches in solving issues from security to development.