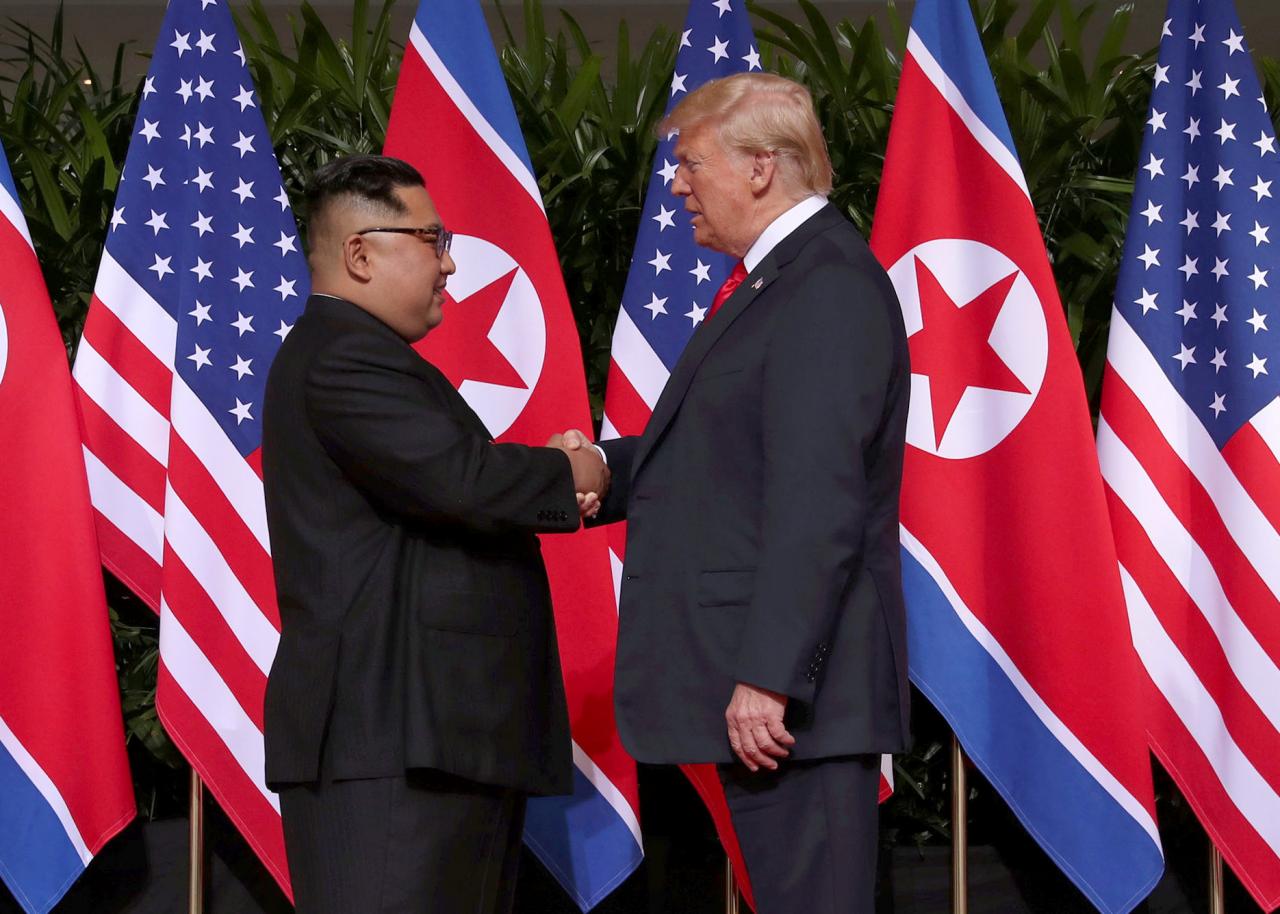 The friendly meeting between US President Donald Trump and North Korean leader Kim Jong-un in Singapore on Tuesday points to a change in Japan's role in the Korean Peninsula issue. To be specific, Japan was a participant in the Six-Party Talks, and now is just a bystander.

According to the joint statement released after the summit, besides the North Korean nuclear issue, the only other subject mentioned during the Kim-Trump meeting is that the US and North Korea "commit to recovering POWs (prisoners of war)/MIA (missing in action) remains, including the immediate repatriation of those already identified." Japan had hoped that North Korea would commit to reopening the issue of abducted Japanese citizens and yet it was not taken up at the summit. Then what does the Kim-Trump summit mean to Japan?

In fact, Japan hadn't expected the North Korean nuclear issue to make such great progress during the Trump administration. After all, North Korea conducted its sixth nuclear test and test-fired ballistic missiles in 2017. Japan was more likely to believe that the US would take high-handed measures to resolve the issue, including preemptive strikes. But after North Korea fired the Hwasong-15 intercontinental ballistic missile which is capable of reaching the entire US mainland on November 29, 2017, its military strength improved and hence gained it more say. Former Japanese prime minister Yukio Hatoyama regarded it a favorable turn for the peninsula's peace process, for he believed that North Korea's military breakthrough made it far more dangerous to use force to resolve the issue, and using sanctions to force North Korea to denuclearize had become unrealistic.

After Trump in March expressed his willingness to meet Kim, the US and North Korea started to adjust their policies. In the meeting with Japanese Prime Minister Shinzo Abe on April 18, Trump reaffirmed his proposal made during his election campaign to reduce US troops in South Korea, which should be closely related to his blueprint on the peninsula issue.

Trump's U-turn is not totally beyond comprehension. After all, Trump and his Republican Party would benefit during the upcoming midterm election in November if he won the Nobel Peace Prize by virtue of his achievement on the peninsula issue.

However, Japan is not well-prepared for it. Abe always takes a tough stance on North Korea. He repeatedly said that "Talks for the sake of talks are meaningless" and "We have to put maximum pressure on North Korea." He also said that it was not the right time for Seoul and Washington to delay their joint military exercises during the PyeongChang Winter Olympics, which was called by South Korean President Moon Jae-in a violation of his country's sovereignty and interference in domestic affairs.

It is Japan's duty to take responsibility for its aggression in history. Therefore, Japan should unconditionally support the peace process on the peninsula, and it's not too late to translate the responsibility into action. Japan first needs to stop blindly following the US in East Asian affairs. US troops in South Korea and Japan are the outcome of the Cold War and are behind the times.

From Japanese proposal of the East Asian Community to the Chinese one of a community of shared future for mankind, both show that peaceful development is the theme of the world. If the outcome of the Kim-Trump summit is implemented and the US withdraws troops from South Korea, Japan will have to conform to the trend and US military bases in Okinawa will be the first to be affected. However, the Abe administration hasn't adjusted its security policy yet and has even advocated building the US military base in Henoko. Japanese people need to lend their voices to change the current situation.