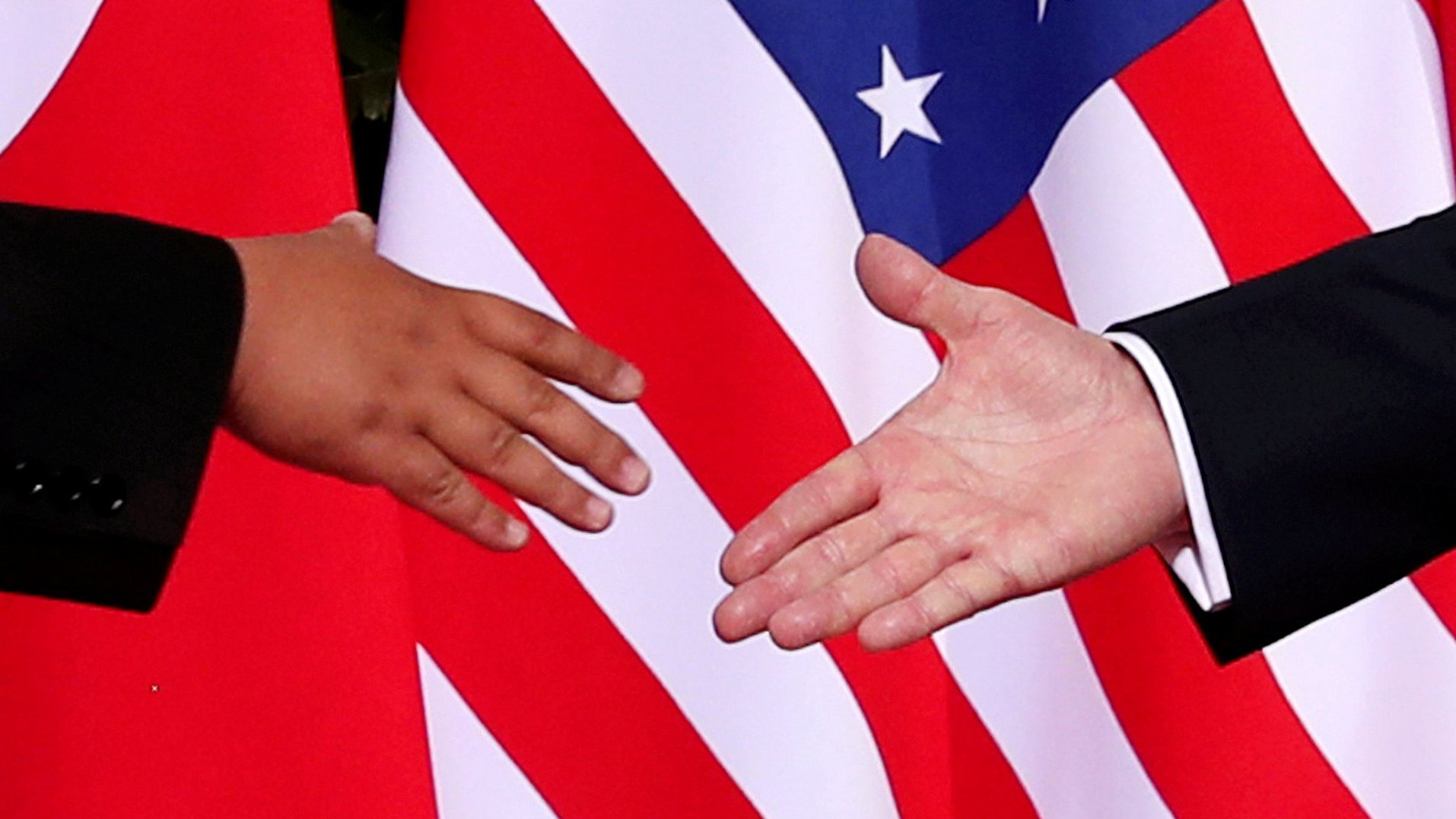 Editor's note: Liu Jianxi is an opinion editor for CGTN Digital. The article reflects the author's opinions and not necessarily the views of CGTN.

At a rally in West Virginia, Trump said he and Kim "fell in love" over the course of on-again-off-again detente. "He wrote me beautiful letters," Trump said of Kim. "They're great letters. We fell in love," Trump told the crowds of thousands in Wheeling.

The president's friendly gesture, genuine or not, is undoubtedly a positive move toward a second summit with Kim, for which Trump has pressed aides in recent weeks to prepare, and a breakthrough in Washington-Pyongyang ties.

While the White House insisted that Pyongyang's commitment to going nuclear-free is a prerequisite for it to make a concession, DPRK, a country still digesting the fruits of the Korean War and alienated from the global arena for decades, has been on high alert for any potential threats, and security guarantees from the White House are what Kim desires.

However, repeated Western sanctions and previous exchanges of tough rhetoric between the two leaders have only raised the anxiety level of Pyongyang. Security concerns are believed to be a major reason for the DPRK's development of nuclear programs in disregard of opposition from across the world.

Neither Washington nor Pyongyang is willing to take the first step to make concessions, further complicating the already-sophisticated quagmire on the peninsula. "Without any trust in the US, there will be no confidence in our national security, and under such circumstances, there is no way we will unilaterally disarm ourselves first," DPRK's top diplomat Ri Yong Ho was quoted as saying when addressing the UN General Assembly in New York last Saturday.

In this context, Trump's rosy portrait of his DPRK counterpart, made just hours after Ri underscored the lingering spats between the two countries, will apparently help soothe away Pyongyang's anxieties, creating favorable conditions for Pyongyang to disarm. The president's softened tone on DPRK is the first step to accelerate the glacial pace of progress toward denuclearization.

However, it's too early to be optimistic about Washington-Pyongyang ties. The blowback that Trump's remarks have ignited cannot be ignored. Upon being published, Trump's praise of Kim was immediately bombarded by the US public.

It will be a long process on the road to overcoming Western stereotypes of the DPRK, a country that was pressured into the pursuit of nuclear weapons out of security concerns and is now tilting toward economic development.

It's also worth noting that Trump is known to the world for his capriciousness and transactional personality. Following Trump's threat to withdraw the US from the Iranian nuclear deal, UN Human Rights Council and Paris climate accord, it's not news if the president, holding high the banner of "Make America Great Again," goes back on his words again on the DPRK nuclear issue.

Denuclearization is a common pursuit of the international community. China has put tremendous efforts in promoting talks between Washington and Pyongyang and will continue to create more favorable conditions for the two countries to turn from threats of annihilation to commitments to ending decades-old hostility.