Opinion: Why did Brazil make a National Chinese Immigration Day? 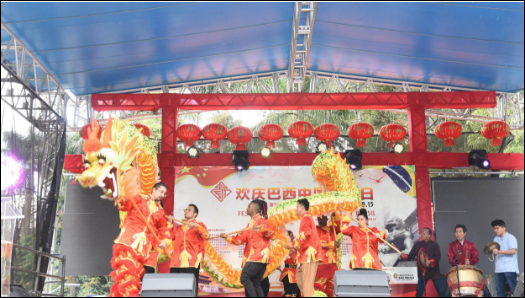 “I think it’s a very beautiful sign from the whole Brazilian society to acknowledge the contributions that Chinese migrants have made in Brazil,” said Joaquin Gallego, an Argentinian-Spanish lawyer and Latin America expert based in Beijing.

Brazil celebrated its first National Chinese Immigration Day on Wednesday after Brazilian President Michel Temer signed a law on June 26 to celebrate the day every August 15, also the date China and Brazil established diplomatic ties in 1974.

China became Brazil's leading trade partner in 2008 and Brazil's top foreign investor in 2010. At the signing ceremony, President Temer added: "China now is Brazil's largest trading partner, and the two countries have seen extensive cooperation in many fields. We also cement our dialogue mechanism under the BRICS framework."

Gallego thought the establishment of Brazil’s National Chinese Immigration Day has given politicians and businessmen the “perfect scenario” to “meet and discuss these kinds of topics. For example, the investment, the strategic relations that China has with Brazil, the importance of China, not only in Brazil but also in South America and Latin America.”

Lucia Chein, a Chinese-Brazilian who was born in Sao Paolo thought the recognition will be a benefit and let the Chinese community in Brazil be more open about their culture. “Chinese people have a more discrete and peaceful way of showing things. Maybe it will make us more open to showing what we have to the western side of the world,” she said.

Niu Haibin, deputy director of the Center for American Studies at the Shanghai Institutes for International Studies, thought Brazil’s establishment of National Chinese Immigration Day sent a positive message to the world, especially given the trend of anti-immigration in the United States and Europe. “Brazil gave us a very different story. It’s quite open and also shows the positive role of foreign immigrants,” he said.