OPINIONS Opinion: Why isn't Iran a full member of the SCO?

Opinion: Why isn't Iran a full member of the SCO? 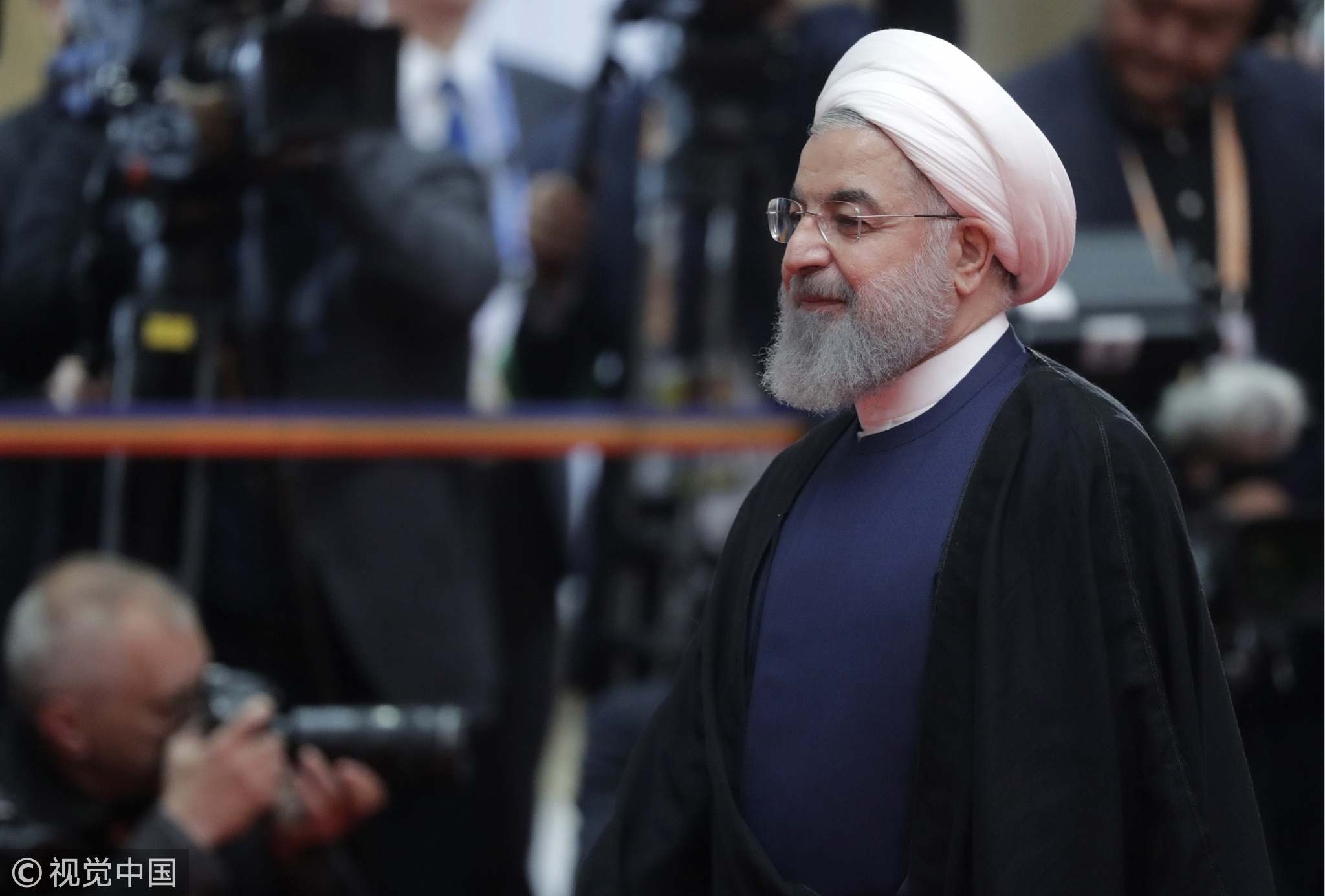 Iranian President Hassan Rouhani before a photograph session during the 18th meeting of the Council of the Heads of States of the Shanghai Cooperation Organization (SCO) in Qingdao, China's Shandong Province, on June 10, 2018. (Photo: VCG)

Tajikistan's capital city, Dushanbe, will host the Shanghai Cooperation Organization (SCO) meeting with heads of government on October 11. The second-highest council will convene against the backdrop of increasing unilateralism by the United States.

Having applied for full membership on March 24, 2008, Iran still only has observer status in the organization. However, India and Pakistan, who applied in 2015, were officially recognized as member states in 2017.

Some hoped and speculated that the growing tensions between the US and the international community might facilitate Iran's full membership in the SCO in the near future. But, this seems far from over.

Before Iran could strike a nuclear deal with six world powers – China, France, Russia, United Kingdom, United States, Germany – and the European Union in 2015, the SCO, in which China and Russia play a leading role, argued that the resolutions on sanctions by the United Nations Security Council (UNSC) were the major obstacles in Iran becoming a full member.

Ahead of the SCO 2017 summit, the Iranian Times reported that while China and Russia were throwing their weight behind Tehran, other members, particularly Tajikistan, were opposing Iran's accession.

The Iranian Times explained that relations between Iran and Tajikistan came under strain in December 2015 when Iran officially invited Muhiddin Kabiri, leader of the Islamic Revival Party (IRPT), to attend the International Islamic Unity Conference in Tehran. Tajikistan banned IRPT in September 2016 after accusing it of being linked to a failed coup.

Russian President Vladimir Putin, in a meeting with Iranian President Hassan Rouhani in Shanghai on the sideline of leaders' summit in the city in 2018, said he supported Tehran's full membership in the organization.

While the US has engaged in tariff wars with many countries including China and Russia, Iran as a country that sees eye to eye with Beijing and Moscow on several issues when it comes to the US, can be a good potential partner in resisting the American approach.

While being a powerful organization, SCO does seem to be focused on some specific areas, mainly security concerns and cooperation in economic and energy related fields.  As a result, it might not want to engage in a much challenging and broader campaign against the US, as Iran does. In this case, the SCO might find Iran's full membership a catalyst for new era of a more direct clash with Washington.

Decisions in the organization are made based on a consensus and every country has veto power. As every country tries to benefit from the potential of international agreements and organizations in line with its national interests, Iran might do the same.

Some SCO member states, specifically the leading ones, may be concerned that Iran's expectations from the organization, at a time of US withdrawal from the nuclear deal, can be higher than they are able to meet. Iran's veto power in this context is sure to be a consideration point for each member.

This seems to be part of the reason explaining why Iran's status remains the same in the organization. However, all the aforementioned reasons do not necessarily mean that Iran is at odds with SCO and its member states. On the contrary, being an observer member, Iran has good cooperation with the SCO on economic, transit and security issues. This cooperation even has even gone further and deeper in bilateral terms with member countries such as China, Russia, India and Pakistan.