OPINIONS Opinion: Why Sino-Africa co-op is not Western neocolonialism

Opinion: Why Sino-Africa co-op is not Western neocolonialism 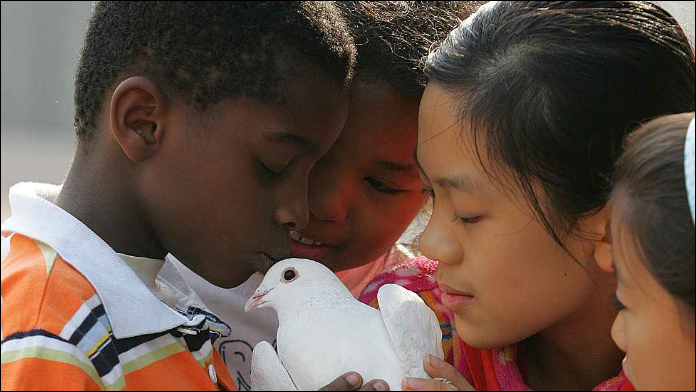 President Xi Jinping makes his first diplomatic mission since re-election to four African countries: Senegal, Rwanda, South Africa and Mauritius. The President is also scheduled to attend the 10th BRICS Conference in Johannesburg from July 25 to 27.

In the recent past, the renewed Africa-China cooperation has elicited policy and academic debate as to whether China is an alternative development partner for Africa or represents another form of neo-colonial domination of the global system.

The Chinese engagement on the African continent has received mixed reactions. On one hand, the policy of "non-interference" has defined China’s success in boosting Africa’s infrastructure and micro-economic initiatives.

On the other hand, Western sympathizers view the Chinese investment in Africa as "bait" from Beijing to start siphoning natural resources from the continent. The latter argument, however, does not hold, because, through the Forum on China-Africa Cooperation (FOCAC) alone, China has extended funding of 60 billion US dollars to African states.

The Chinese public and private corporation’s investment through manpower and fiscal resources in the infrastructure has transformed the continent’s transport and telecommunication architecture.

The success stories emerging from the FOCAC projects are anchored on the Chinese "win-win" strategy. This is in contrast to the Western models of development that have been described as archaic, grossly ineffective and too immaterial to unpack the African development potential.

In fact, there continue to grow strong feelings that the political quandary and slow economic growth being experienced in Europe and the US present a prospect for a stronger FOCAC. It is against this progressive feeling about the FOCAC that the development conscious Africa seeks alternative models of development. What then makes China the global alternative source of a development model?

First, the Chinese development model is deeply rooted in the country’s political ideology – socialism with Chinese characteristics. The thinking around rejuvenating the ideals of socialism has received progressive improvement over years, which culminated in the historical 19th National Congress of the Communist Party of China (CPC) in October 2017.

Both political leaders and bureaucrats in China front the most important development priorities: poverty alleviation, anti-corruption, economic growth and people’s livelihoods. Most of these issues are still unresolved in most of the African states. The Chinese style of governance presents what President Xi Jinping calls a "shared future for mankind."

The shared future for human philosophy is closely related to the FOCAC framework of development, which offers an alternative development model. As the frail "Western democracy" in Africa comes to an end, China might just be the timely "model" of how states struggling to achieve economic stability need to be governed.

Secondly, the art and thoughtfulness with which socialism with Chinese characteristics integrates development and politics, gives Chinese governance a competitive advantage over the Westphalian neoliberal democracy.

It is disgusting that African nations remain tethered to some remote Western models of governance, that they themselves seem to be less capable of executing. Neoliberal democracy models have been described "hollow" because they are "cut and pasted" into the African context without due regard to the parallel complexities that distinguish African states from European nations.

Thirdly, while the "cut and paste" Western neoliberal democracy provides for people’s participation in important decision-making processes, the politics of patronage and clandestine and remote governance structures end up promoting exclusivity.

For example, during the 2018 CPC Conference, many proposals were received from various groups focused on providing basic needs for young people in areas that would be regarded as marginalized. Cities such as Macao and Hong Kong were beneficiaries of this model of development politics.

Finally, Western powers will continue to consider the balance of power with China’s economic heavyweight as a threat. A worrisome response from the US on several aspects of Chinese engagement on the FOCAC, including the advice to African states to shun Chinese loans, needs to be interrogated objectively. African states should evaluate which way to go: socialism with Chinese characteristics anchored on "win-win" policy or the "hollow" neoliberal Western model of development?