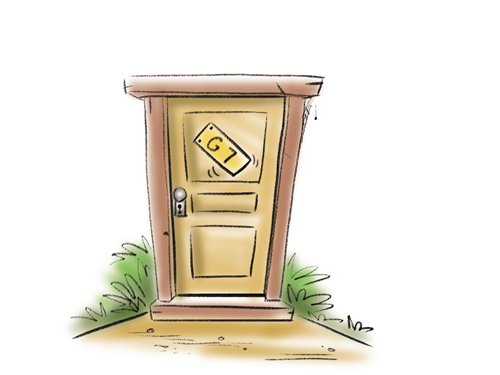 The 44th G7 leaders' summit held on June 8-9 offered an important occasion for Western countries to coordinate their political and economic stances. However, the club of developed countries stands divided like never before because of US President Donald Trump's brash recklessness and disregard for others' interest. Under the slogan "America First," the Trump administration is incompatible with the ideas of the EU, Canada, Japan and other allies. It continues to foment disputes in various areas such as global governance, trade and security, and has shirked its responsibility to the West and the global order. Unlike the previous G7 summits, the leaders abandoned the tradition of "showing solidarity." Instead they made their differences public. Trump said ahead of the summit that he would leave early and will not participate in the publication of the joint communiqué. European Council President Donald Tusk said the "rules-based international order is being challenged" by the US.The "America First" advocated by Trump has led to anxiety, frosty ties and a sense of powerlessness among its allies. Trump worries about the decline of US power just like Ronald Reagan did during the Cold War. The White House's National Security Strategy unveiled at the end of last year contained a similar perception of the international situation. The report shows that competition is the mainstay of the world, with power play and geopolitics making a full return. In the eyes of the Trump administration, allies are no longer partners, but competitors who damage American interests.Currently, the biggest rift between the US and its allies the EU, Canada and Japan lies in economy and trade. The US has already slapped tariffs on steel and aluminum products on Japan, the EU and Canada. Meanwhile, Washington's Section 232 Investigation on imports of automobiles and automotive parts is still underway. It will be a big blow to major exporters of these products, such as the EU, Japan and Canada.No matter Japanese Prime Minister Shinzo Abe's seven meetings with Trump, or advice of French President Emmanuel Macron and German Chancellor Angela Merkel, or Canada's and the EU's announcement of retaliatory measures, Trump has not changed his mind. The US' extreme unilateralism has also brought together the EU, Canada and Japan. Macron even argued that other countries should be ready to have a "G6 plus one" outcome.In addition to trade disputes, the US is in conflict with European countries over climate change, the Iran nuclear deal, the Israeli-Palestinian issue and the role of international institutions. Postwar liberal order based on multilateralism, free trade and opening up is the cornerstone of transatlantic relations. It is also an economic and moral goal for Canada and Japan. But Trump believes that the US should not bear the cost and responsibility of maintaining leadership. Self-interest is a priority, even at cost of ditching morals and trampling on the interests of other countries. The rift between the US and its allies is widening. And the G7's influence is declining as it's unable to achieve consensus and substantive results. The host country Canada had designed the summit to display progressive spirit and set many "soft" theme topics, such as gender equality, women's empowerment, clean energy. However, it didn't help the meeting dodge conflicts and clashes.The rise of emerging economies and the appeal for fairness and democracy in global governance has also challenged the legitimacy of the G7 on global governance. The G7 economies accounted for 61.8 percent of the world GDP in the 1980s. It dropped to 46 percent in 2017. But the combined share of GDP of emerging economies jumped to 39.6 percent from 24.1 percent in the period.Meanwhile, the concepts related to global governance have also developed in emerging economies. The G7 can no longer be the sole forum that steers the world economy. The center of gravity of global governance is shifting to G20, BRICS and APEC that are more inclusive, representative and democratic.Relations between the US and its allies, especially the European countries, may usher in a critical point after the Cold War. Europe and Canada both face a hard choice. The G7 as a club of developed countries is likely to decline in role and status.