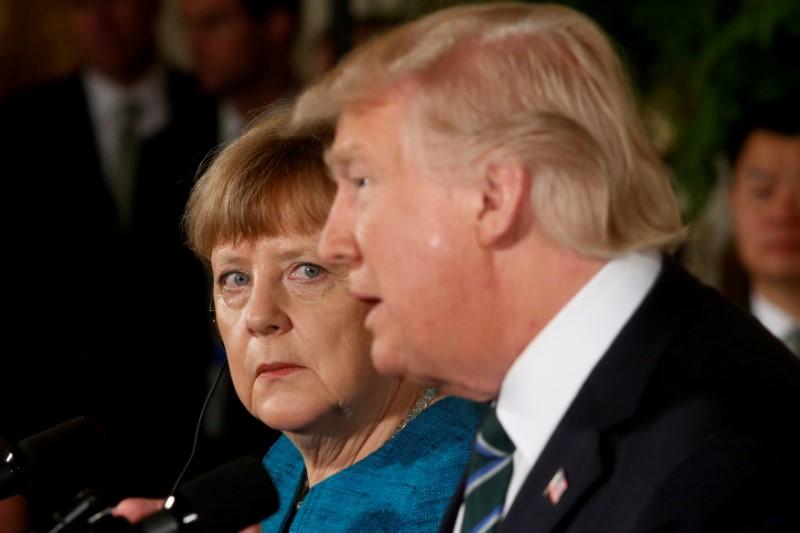 US-German relations are getting rapidly worse, risking a breakup of the whole architecture of Euro-Atlantic relations. But at the origin of this disagreement is a different vision of the world. Not surprisingly, the alliance between the two countries was established only at the end of a world war that deprived Germany of its sovereignty.

During the final stages of World War II, US secretary of the treasury Henry Morgenthau planned to turn Germany into a de-industrialized agro-pastoral country in order to avoid the resurrection of its power. The Morgenthau Plan was finally rejected as incompatible with the new strategic scenario characterized by growing friction between the US and the Soviet Union. Although divided by the so-called "iron curtain," a strong Germany linked to the US was essential to contain - as indicated by George Kennan - the USSR. The Marshall Plan undoubtedly contributed to gaining German (and western Europe) loyalty for the US, with economic aid that helped Berlin rebuild Germany's powerful industrial apparatus. With the outbreak of the Korean War, Washington subsidized some military production of German companies and gave its placet to the rearmament of the Federal Republic of Germany, which became part of NATO in May 1955.

During the Cold War, Germany limited itself to strengthen relations with the Western bloc in the shadow of the Atlantic shield and put all its resources at the service of an export-driven economic setup, in keeping with its mercantilist spirit. This minimalist approach helped Germany build up economic power (which was obviously non-political) that the US had attributed to its European ally.

The geopolitical subjugation of Europe to the US continued even after the collapse of the USSR, with the reconfiguring of NATO and the review of Germany's role in the new post-bipolar order. At the time, the US moved the "iron curtain" further east, incorporating the Baltic countries, Poland and other states belonging to the dissolved Warsaw Pact into NATO, and also tried to attract Ukraine to the western sphere. Before becoming part of NATO, some of these countries had joined the EU, considered by Washington as the perfect tool to take advantage of the collapse of the Soviet Union, and to extend with discretion the Atlantic deployment's range to the borders of Russia.

In that period, American designs were not in conflict with the interests of Berlin, which believed it could obtain Washington's assent to integrate post-Soviet Europe in its own geo-economic area in exchange for access of reunited Germany to the Atlantic alliance. From the German point of view, well outlined by a 1994 German study, the objective was to use Eastern European countries' resources — starting from low labor costs — through their incorporation into the EU (but not the eurozone). Thus, Germany has integrated much of Eastern Europe into its own geo-economic bloc leading to an astronomical rise in German exports. This was achieved by a policy aimed at cutting wages and by a highly undervalued currency thanks to the critical conditions afflicting a large part of the eurozone subjected to German austerity.

The problem is that Berlin's political orientations have begun to align with the lines of commercial expansion marked by the peculiar geography of German exports. In the era of incipient multipolarism marked by the structural decline of US power, the "partition" of Eastern Europe with Germany is no longer sustainable. Trump's rise to power has complicated the scenario, because his strategy features neo-protectionism aimed at reducing trade imbalances between the US and its partners. The introduction of import duties on cars manufactured abroad and tariffs planned for steel and aluminum would result in heavy losses to the German economy. Simultaneously, Washington began to strengthen relations with countries of Eastern Europe so as to weaken their ties with Berlin and prevent the consolidation of the Russian-German energy alliance. The agreement to double the Nord Stream gas pipeline lays the foundations for a geopolitical alliance that the US obstinately hinders since the crucial years of World War II. From Berlin's perspective, making Russian gas land in a German terminal marks a fundamental step to transform the country into Europe's energy supply manager. That would allow Germany to keep the rest of the Old Continent countries firmly tied to itself, thwarting US attempts to loosen Berlin's grip on Europe.

After Trump's decision to withdraw from the Iranian nuclear agreement, a decision that damages German and European economic interests, German magazine Der Spiegel wrote that a "clever resistance is necessary, as sad and absurd as that may sound. Resistance against America." At the same time, Berlin has intensified pressure on Europeans to establish a joint defense force independent of NATO, and center-right German newspaper Frankfurter Allgemeine Zeitung wrote that a German nuclear arsenal was the only way to guarantee real political independence. That is symptomatic of the growing German irritation with the US.