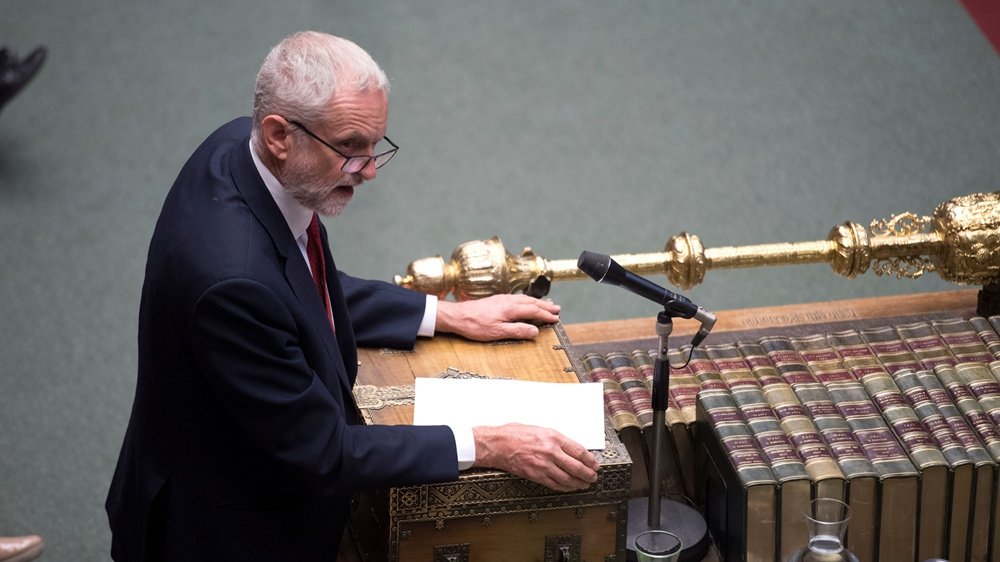 In the run-up to the current Brexit deadline of October 31, opposition Members of Parliament (MPs) are attempting to block Prime Minister Boris Johnson's plans to allow the UK to leave the European Union without a deal. But squabbling and indecision as to who might lead a new government designed to block a no-deal Brexit are threatening to allow this eventuality to come to pass.

It appears that most MPs seeking to stop a no-deal Brexit see a vote of confidence in the House of Commons as the most likely avenue for their aims. This would require a majority of MPs to vote against the government, including at least one or two MPs from the government's own Conservative Party.

There would then be an opportunity for MPs to seek to form a new government – without the need for a general election – that could command majority support in parliament. This government would, as its first priority, seek an extension to the Article 50 period with the European Council to avoid a no-deal Brexit.

However, the difficulty comes when one considers what this government might do next. Given it would be led by a party or parties other than the currently-governing Conservative Party, those Conservative MPs whose votes would be required for it to be viable would need particular assurances as to what they were voting for.

Proposals have, for example, included that the interim government would act only to extend Article 50 and then, once this process is completed, would trigger a general election so that the public could decide on the next government. Such proposals should go some way to convincing MPs – particularly Conservatives – that they have nothing to fear in voting for another party to temporarily lead the government.

However, even among the existing opposition parties, there is major disagreement regarding who should lead the interim government. The most likely suggestion is the leader of the main opposition Labour Party, Jeremy Corbyn – and he has put himself forward as the obvious candidate.

However, although Corbyn is extremely popular on the left of British politics, it is those on the center-left and center-right that need to be convinced to vote for him and, in general, they have always feared a government led by him. Even the leader of the center-left Liberal Democrats, Jo Swinson, has stated that she won't support a Corbyn-led, anti-Brexit government.

Instead, she has proposed other senior backbench MPs as better candidates, given they will be much less divisive and more capable of attracting support from across the House of Commons.

On the other hand, were Swinson and others to get behind Corbyn, with a clear message that he would be prime minister only until Article 50 was extended and then call a general election, it seems very possible that an interim government led by Corbyn could garner the support it needs.

Indeed, if the interim government really does only last as long as is necessary to avert a no-deal Brexit, who leads it is not of much relevance. There does not even need to be any concern that Corbyn – or whichever other leader – would go back on their word to call a general election, as MPs could easily trigger this themselves with a further vote of confidence.

If this bickering among opposition parties as to who should lead the interim government continues, it will never be possible to reach an agreement and actually stop a no-deal Brexit. Surely these MPs see the latter as the far greater evil than having a Corbyn government for a matter of weeks, even if they despise him.

Work needs to be done to build consensus around a plan of action that can provide assurances to those concerned as to exactly what the interim government will or will not do. If Corbyn – as leader of the main opposition – will not step aside, then anti-Brexit MPs should get behind him.

In an ideal world, someone less controversial might be more suitable, but we are far from an ideal world in the current situation. So Swinson and others should concentrate less on who heads this weeks-long government and, instead, concentrate on mobilizing support for its purposes. That purpose is so much more important than the leader.