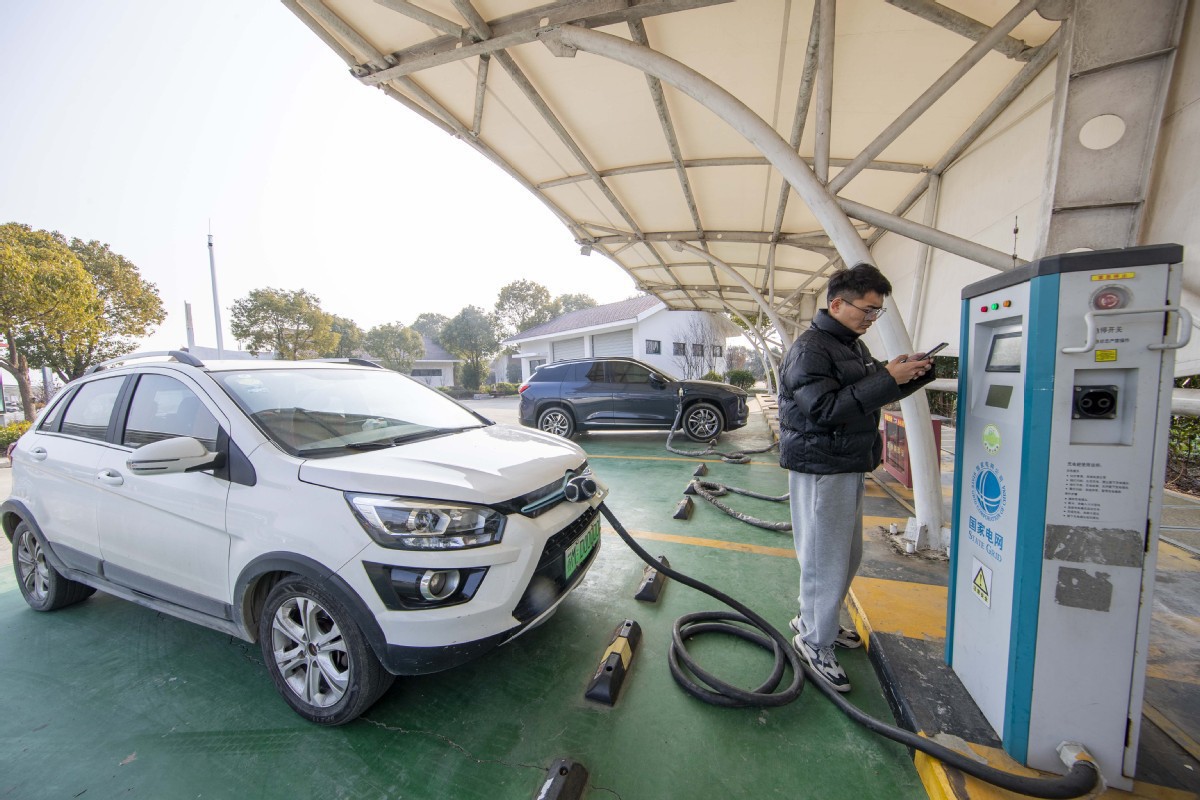 A driver charges an EV at a station in Taizhou, Jiangsu province, in January. [Photo by TANG DEHONG/FOR CHINA DAILY]

The National Development and Reform Commission said on Monday that it will further study and improve the policy system for new energy vehicles, create a policy environment conducive to the development of NEVs, accelerate the breakthrough of key system components and basic generic technologies of NEVs, and continue to enhance the core competitiveness of the whole industry chain.

From January to August this year, the production and sales of new energy vehicles hit 3.97 million and 3.86 million respectively, an increase of 1.2 times and 1.1 times compared with the same period last year. The country exported 340,000 NEVs at the same time, up 97.4 percent year-on-year. And NEV sales account for 22.9 percent of all car sales in China where more than 10 million NEVs are running on the road.

It is fair to say that China has established a relatively complete industrial support system, and the level of key technologies has been significantly improved. In particular, the advantages of the global battery industry chain have been strengthened.

However, disorderly competition among Chinese NEV makers is a big problem hindering the upgrading of the industry. Over the past few years, hundreds of NEV brands have emerged in China due to blind investment. Most enterprises will be eliminated, but neither the market nor the government can predict which ones. Therefore, the disorderly competition at the beginning and the waste of some resources may be the inevitable cost of trial and error for the development of the industry, and also the source of industrial vitality.

Now, China needs to enter the stage of high-quality development from the disorderly competition. It is necessary to encourage industries and enterprises to strengthen technological innovation, accelerate the breakthrough of key system components and basic generic technologies of new energy vehicles, and continuously enhance the core competitiveness of the whole industry chain. Companies should avoid placing too much emphasis on domestic marketing and market share, and they should not ignore the fierce international technological competition.

Meanwhile, the country should take the initiative to optimize the layout of the new energy vehicle industry. There should be an industrial pattern with reasonable layout, orderly development and efficient operation.

Also, the country should take advantage of its strengths to encourage a higher level of international cooperation in the industry and strive to build global brands so as to lay a solid foundation for surviving the international competition.