OPINIONS Origins-tracing should not be blame game

Origins-tracing should not be blame game 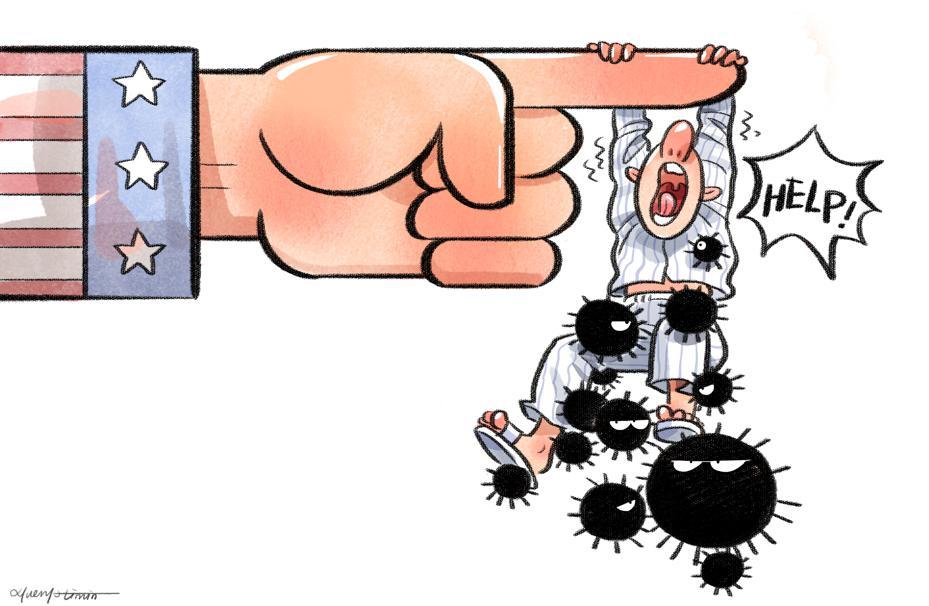 Earlier this year, with China's full cooperation, an international group composed of WHO experts from the United States, Britain, Germany, Japan, Australia and other countries unanimously concluded "laboratory leakage in Wuhan is extremely unlikely" in the first phase of COVID-19 origins-tracing. This conclusion has been supported by more and more evidence since its release, and it has become consensus in the academic world.

Despite this, the issue of virus origins-tracing has been politicized. It coincides with the result of a recent online poll conducted by a CGTN think tank in Chinese, English, Russian, French, Spanish and Arabic which shows as many as 80% of respondents take the same view. While the global epidemic has not yet been fundamentally alleviated, countries in the world should join hands to fight it. But individual countries have tried to use the virus origins-tracing issue to suppress China.

The US government's politicization of the issue of virus origins-tracing seems to be "frying the last government's cold rice," or picking up the baton from the previous administration, but there are other considerations as to a motive. During the epidemic, the United States printed money and used its financial hegemony to shift the crisis to others. While coping with the epidemic was already difficult enough, the United States had to bear the pressure of inflation, currency devaluation and stock market bubbles brought about by the crisis, amid weak economic recovery and fierce partisan struggle.

The virus needs to be traced to its roots to enhance our understanding and better prevent other epidemics that may appear in the future. Virus origins-tracing is a serious and complex scientific issue that should be carried out by scientists on a global scale, and countries should support this work in that spirit. As early as the beginning of the epidemic, China took the lead in launching global cooperation with the WHO on origins-tracing issues.

At present, research has shown the time when the virus appeared in many places around the world was earlier than previously known. This requires us to expand our horizons and carry out three-dimensional origins-tracing around the world.

But the behavior of a few countries shows no respect for science, and has damaged the atmosphere of solidarity and mutual assistance among all countries in the world. So the second phase of origins-tracing plan has not only been rejected by China, but also boycotted by countries all over the world.

More than 70 countries have written to the WHO, agreeing with the first phase results and opposing the politicization of origins-tracing. If the United States insists on pressuring or wooing countries to form a coalition against China, it will aggravate the division of the international community. The international community should support medical experts and scientists to carry out origins-tracing work in many countries and places in a professional spirit, so as to provide the necessary experience and reference for preventing the next pandemic.

Allowing the issue of origins-tracing to be politicized will seriously undermine global cooperation, and will be detrimental to all parties. The international community should resolutely oppose any attempts to politicize, label or stigmatize the origins-tracing process, and oppose any political manipulation that hinders international cooperation in the fight against the epidemic.

Ashikujaman Syed is a research assistant at the Center for Research Innovation and Development in Bangladesh.