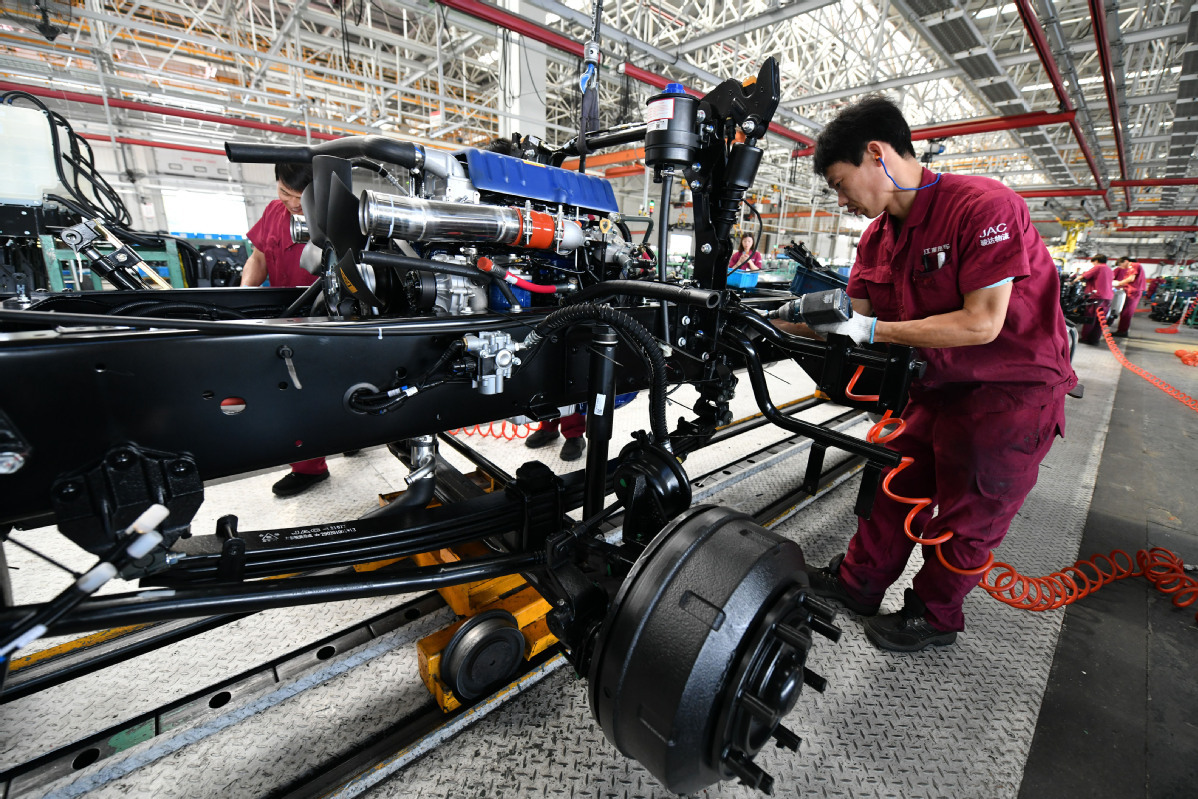 Latest macroeconomic and financial data show the COVID-19 outbreak has had a one-off impact on China and the economic recovery has been better than market expectations, making China's case unique.

China's GDP grew 3.2 percent year-on-year in the second quarter, increasing 10 percentage points from the first quarter. Market forecasts show the economy in the second half will probably return to the normal growth path, with the annual growth rate reaching about 3 percent. This is significantly higher than the International Monetary Fund's global growth forecast (-4.9 percent, against-8 percent for the United States and－10.2 percent for the eurozone). As a result, China will remain the most important contributor to global growth in 2020.

From the perspective of the "troika" on the demand side, the structure driving GDP growth in the second quarter is as follows: investment drives 5 percent, net exports 0.5 percent, and consumption－2.3 percent. This shows investment, which has been most significantly affected by counter-cyclical regulation policies, was still the main factor supporting the strong GDP rebound in the second quarter. But consumption growth, which has been negative for two consecutive months, has to turn positive for the rebound to be sustainable.

Consumption, or the tertiary sector, accounts for the largest share of GDP, and despite its lagging recovery process, it was the main driver of GDP growth in the first half (-1.6 percent year-on-year).

However, the negative correlation between economic growth and unemployment is a fact, particularly as a result of "black swan" events such as the COVID-19 outbreak. Premier Li Keqiang has also said that a 1 percent increase in GDP would create 1.3 million new jobs.

Since March, China's purchase managers' index has rebounded significantly, but the employment component is weaker than the average level. It stayed below 50 for two consecutive months, in May and June. Which means the task of "ensuring employment" has not eased significantly despite the economic recovery.

There are significant differences between China and other countries. But the impact of the epidemic on employment in China should not be underestimated.

And even though the epidemic's impact on labor supply will ease with the lifting of more anti-pandemic measures, its impact on labor demand will last longer. Therefore, the focus of the employment protection policy should be on demand, and the key is how to help enterprises, especially small and micro businesses, tackle the difficulties.

The government's measures to protect and create employment are reflected in many aspects. For example, to alleviate the cash flow problem of enterprises, the government has introduced a series of tax cuts and subsidies, and further postponed the current income tax payment of small and micro enterprises to 2021.

The central bank has introduced measures such as reserve requirement ratio cuts and innovative policy tools to support bank lending to small and micro businesses.

And the Ministry of Human Resources and Social Security has introduced a series of measures to stabilize employment. For example, it has introduced subsidies to encourage micro, small and medium-sized enterprises and expanded the recruitment scale of State-owned enterprises and public institutions to create more jobs, including those for college graduates.

Since the second quarter, China has largely contained the spread of the novel coronavirus, and the national economy is returning to normal (except for some industries), but the task of stabilizing employment has not been alleviated.

First, even with the virus largely contained, maintaining stable employment remains a core policy challenge. This is bound up with the downward trend of China's economic growth, and this trend will not change in the medium term.

Second, the challenge of maintaining stable employment lies in structural unemployment, which is tied to China's economic structural transformation and upgrading.

Third, the external environment is unlikely to improve in the short term, so employment in the tradable sector will continue to face challenges.

Overall, employment will be, and should be, at the heart of the policy agenda for some time to come. Employment is a big problem, which is also the key to national economic development.