OPINIONS Outgoing Trump leaves behind legacy of degraded US politics

Outgoing Trump leaves behind legacy of degraded US politics 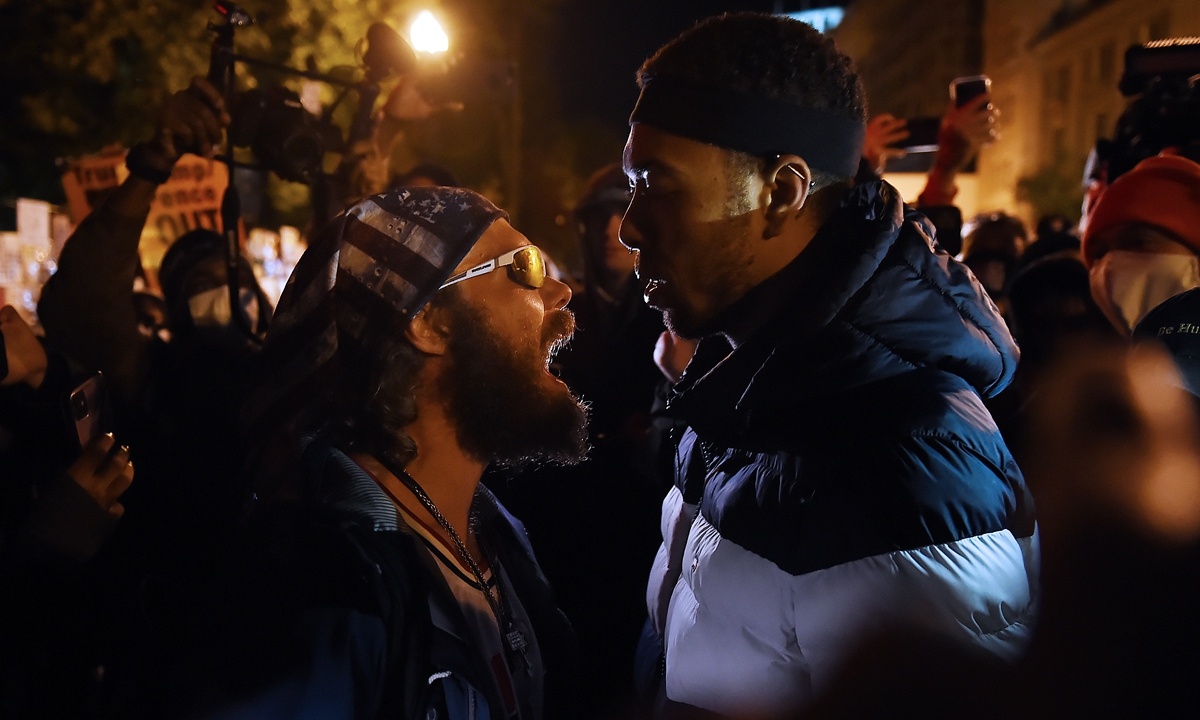 A US President Donald Trump supporter (left) clashes with a demonstrator at Black Lives Matter plaza across from the White House on election day in Washington, DC on November 3, 2020. (Photo: AFP)

Democratic candidate Joe Biden's victory in the presidential race has been essentially acknowledged in the US society and the international community. The only thing missing is incumbent President Donald Trump conceding defeat and extending his congratulations to Biden for his win. If Trump plays delaying tactics or leaves the White House having failed to accept the election result, the split in the US society will deepen or even be substantially solidified. The ability of the US to come together after the election will be further weakened.

Trump has changed the US. Even after he's gone, the political legacy he leaves behind will be difficult to eliminate. Trump still refuses to admit defeat till now even though the leaders of major Western countries have all extended their congratulations to Biden. This is by no means just because of his personality. It reflects that US society is politically divided enough to bolster Trump's contempt for the president-elect. I said last week that the US political system is in degradation, which has caused strong repercussions in Western public opinion. If Westerners look at this problem without holding any stance, they will find I am right.