OPINIONS Pakistan's general elections and the movement for 'change'

Pakistan's general elections and the movement for 'change' 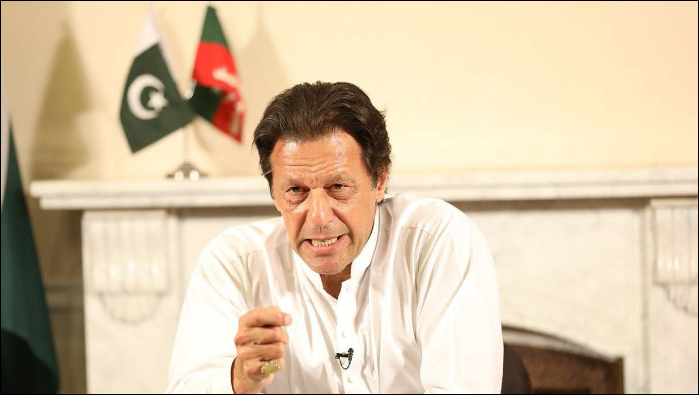 The cricketer-turned politician Imran Khan has won the general election in Pakistan according to the results announced by the Election Commission on Saturday. He campaigned on the platform of "change" and it looks like the masses have given him the mandate to transform that slogan into action.

One would not fault the Pakistani electorate desperately wanting change after years of dynastic politics and misrule by the "old guard" that has brought little prosperity to the vast majority of the people.

Going forward, a key question is concerned with the extent to which Imran Khan’s Pakistan Tehreek-e-Insaf (PTI or translated as "Pakistan Movement for Justice") would actually be able to fulfil the voters’ demand for real change.

There are two dimensions to this question: domestic and external.

As far as the domestic politics of Pakistan is concerned, the PTI will struggle to enact meaningful legislation. It will also have difficulties with altering the dynamics of Pakistani politics. There are several reasons for that observation.

First, the party suffers from organizational mismanagement, something acknowledged by the party leader himself in the recent rally held in Karachi on July 22, 2018. Throughout the tenure of the last government, key personalities around Khan quibbled among themselves. Such internal differences will likely constrain the PTI’s momentum. Strong personalities around Khan would be keener to limit each other’s policy initiatives due to the fear of being outshone.

Second, it is commonly known that the Pakistani military pressured many influential politicians from across the Pakistani political spectrum to join the PTI in the last couple of years. Commonly known as the "electables" (those who command significant mandate regardless of the party they are in), these politicians symbolize the very problems Imran Khan has vowed to fight for 22 years.

These problems include dynastic politics, corruption and Pakistan’s feudal system that is at the root of the country’s countless social and economic problems. Concerning Pakistan's external policies, Khan came into power vowing to adopt a tough stance against the US and to reassert Pakistan’s independence. For example, he promised to shoot down any American drones operating in Pakistani skies. Observers of Pakistani politics would agree that the country’s military has always exercised tight control over Pakistan’s external policy (similar to its grip on domestic affairs).

They have always resisted ceding control of that policy to the civilians. Importantly, a difference with the military over the issue was one of the reasons the previous Prime Minister of Pakistan Nawaz Sharif fell out with the military. He was ultimately disqualified from politics for life (by the country’s judiciary at the behest of the country’s all-powerful establishment).

How to move forward?

Imran Khan would be wise to manage the electorate's expectations from the moment he enters the prime minister’s office. He can try to educate the masses on the difficulties of the task he faces, instead of continuing with unrealistic promises of his campaign (such as the vow to eliminate corruption in 90 days if he got into power).

A major challenge for Khan will be the reconciliation of different factions within the PTI. Those who have been with him for the last 22 years have often criticized the newcomers who have occupied prime spots in the party without participating in the "struggle" that made the party popular with the youth of Pakistan.

Khan faces the prospects of seeking another International Monetary Fund (IMF) bailout given Pakistan’s crumbling economy. The PTI often criticized its predecessors for borrowing too much and for not being prudent with spending. Given the dire state the country’s economy finds itself, the new government will have no choice but to go to the IMF for assistance.

To conclude, the new government faces a number of grave challenges at hand. It has an electorate that is going to constantly observe its actions and will be desperately looking for the signs of "change" instead of "continuity."

On the other hand, it has to figure out how it will sell the policy of reforms to the group of "electables" who would not be too keen to support such moves. Most importantly, Imran Khan should realize that he will be working with the military that has prefers meek and unambitious prime ministers.

That would mean bringing changes to his demeanor if he wants to be the first prime minister to complete his term in the country’s 71-year history.