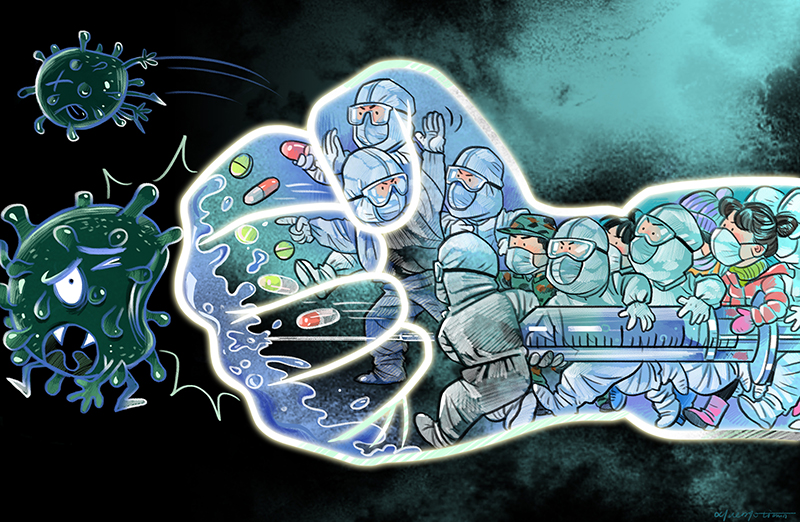 In one way, the novel coronavirus has been a wake-up call for the world — one it has not yet fully recognized or understood.

What I believe is the missing point in better understanding of the times we live in is the true meaning of globalization.

Most people, at least in the United States, view globalization as an economic model where some people get employment, others get less expensive products, people gain some understanding of other countries, but nobody has viewed globalization as a restructuring of the world organization.

Then along comes the novel coronavirus. It attacks the world, more or less bringing it to its knees.

Oddly, understanding the power of this transformation has not yet been attributed to an outcome of globalization.

Throughout history, there have been many pandemics. But their damage to the world order in those times was more localized, not globally and in every aspect of life.

It is the connectivity of the world through globalization that has led to both mutual dependence and the power of the coronavirus pandemic.

In addition, of course, this is just one of the possible globalization outcomes affecting a world community. Whether we recognize this or not, we are in the process of moving from a "country-centric" world to a "global-centric" one, where countries have little choice but to collaborate in order to exist in prosperity.

The reality is the world will not organize with global authority. There is no world body with the authority or responsibility for world actions.

The United Nations can only ask countries to take action. It has no enforcement power.

No one has described or planned for globalization as a defining construct of society. Globalization is a much broader concept than an economic model of particular countries. Many of the population crises in the world today are outcomes of globalization.

Many look to countries with fond memories of important histories and achievements. Countries remain the defining organization of the world's people; the pandemic demonstrates how quickly countries revert to a confusing global independence.

A couple of months is all it takes. We will be grappling with this new reality from this day forward. The only logical approach will be for countries to collaborate in fending off some outcomes of globalization.

That also means countries will no longer necessarily be the controlling global organizations. Countries may also individually and collectively band together to defend themselves against such outcomes of globalization that are fundamentally not country-centric but devastating nonetheless.

This is why the Confucius Institute should play an important role in the world. It is a proven, unifying concept shared by people everywhere.

Its vision brings people together under broadly welcomed ideals. Its ideals are not to control or extort people, but to bring them together to serve development of the good among us.

The remarkable success of the CI program is a tribute to its unifying ideals and the attractiveness of its message. Because of this foundation, it appears defenseless and easily attacked, even though the attackers have no idea what the CI program is about. By design, the program does not strike out at people, defend itself, support a political point of view, or criticize others. I hope the leadership in China is maintaining its faith in the program and its important values for China and everyone else.

I believe the tension over the Confucius Institute program is not actually about the program but more about what others believe is China's interest in the program.

I have always said the best experience for any foreign person like me is to visit China for a week or so, stopping off at a variety of places and locations. Meet people, visit homes, talk about various things, just see and understand the way people live. Listen to their values and hopes for the future.

China is a most attractive, even inspiring place. I have never known a person to come away from a visit to the country without being impressed and surprised by how special the country is. The CI program creates this opportunity.

Our countries need to work together, develop mutual trust and align in the promotion of peace and prosperity.

This has always been my feeling because it has long been clear that China and the US will be among the strongest nations in the world, and their capacity to work harmoniously is key to world peace and prosperity. Because of globalization, our countries working together can accomplish so much more than working independently. That has long been my ultimate hope.

The key step is mutual trust. Without trust, there can be no partnership. Imagine a marriage where the partners do not trust each other.

How does that work out? Leaderships of the two countries need to understand and recognize the undeniable values of mutual trust, and accept it is in all of our interests to work toward building and maintaining it.

Clayton Daniel Mote Jr. is a member of the Council of Confucius Institute Headquarters and former President of the US National Academy of Engineering.