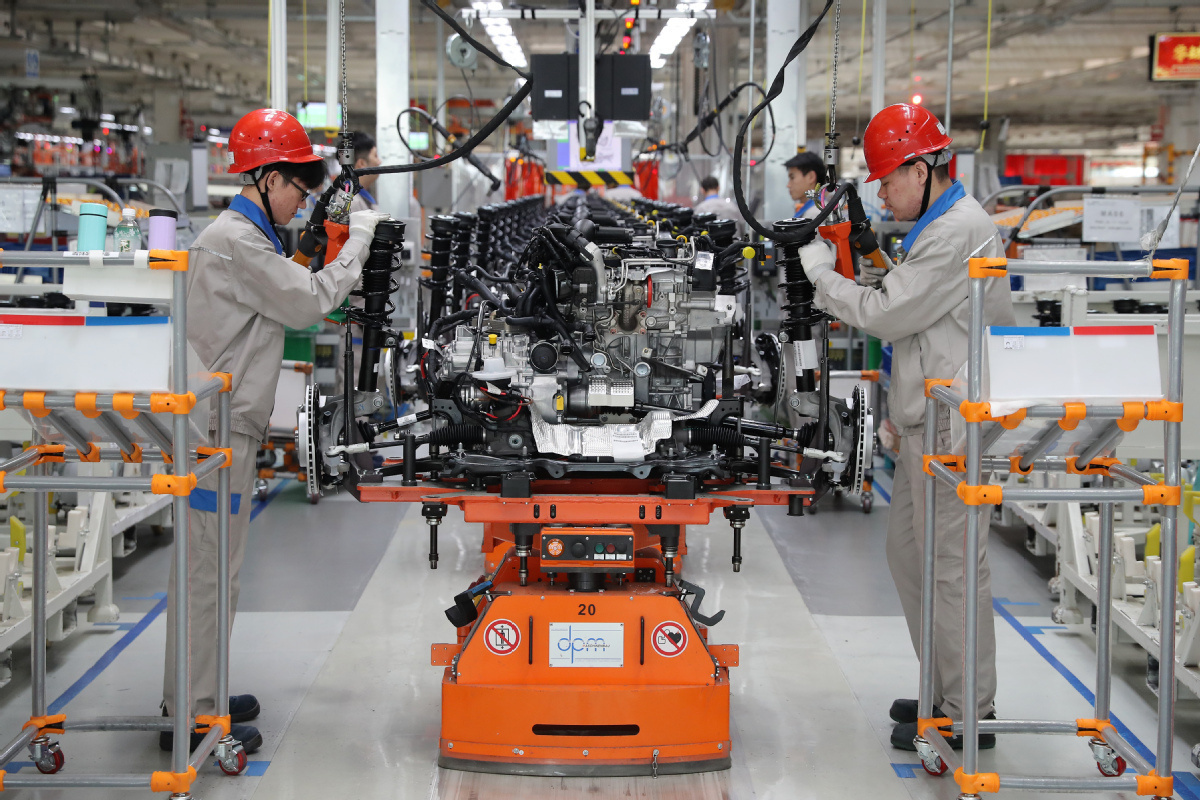 FAW-Volkswagen employees work on an assembly line at the automaker's Tianjin plant. (Provided to China Daily)

The COVID-19 pandemic has not only affected the global supply chains, but also prompted the developed economies to seek ways to consolidate their technological, industrial and economic advantages.

As economic globalization is encountering resistance, it is likely that international trade and investment will revert to a form of "limited globalization".

Although China bears the brunt of the United States' strategy of moving US enterprises' overseas operations back home, many other countries and regions as well as relevant US companies will also sustain their share of losses in this politically driven move.

Those enterprises that choose to relocate to other countries from China because of the country's rising labor costs and its increasingly stringent emissions reduction and environmental protection measures should not be seen as initiators of the "de-Chinacization", which is in essence a geopolitical tactic of the US. Their relocation to Southeast Asian and South Asian countries is a reflection of the normal flows of production factors in globalization.

In the short term, the "limited globalization" will impact China's economy, as the orders from developed countries are gradually decreasing while the staple commodities' prices are increasing fast, and the departure of high-tech US and Japanese enterprises from China will unavoidably increase the costs for the country to restructure its economy and upgrade its industries.

In the long run, the change will also bring about opportunities. It is unrealistic for all high-tech companies from the West to completely withdraw from China. And the market vacuum left by those leaving China can be quickly filled by Chinese enterprises. That the country has the most complete industrial sectors in the world, as well as a large domestic market, can help it effectively cushion the repercussions of the globalization contraction.

The size and potential of the Chinese market mean that even those enterprises that have been relocated to other countries and regions cannot afford to ignore China.

Also, China will continue to be a key partner in tackling a series of common challenges confronting the world, including public health crises and climate issues. So the overall globalization trend featuring mutual assistance and multilateral cooperation will not be reversed, and a set of new rules are being made to make it more regulated. That should be seen as an adjustment of economic globalization, rather than its backpedaling.