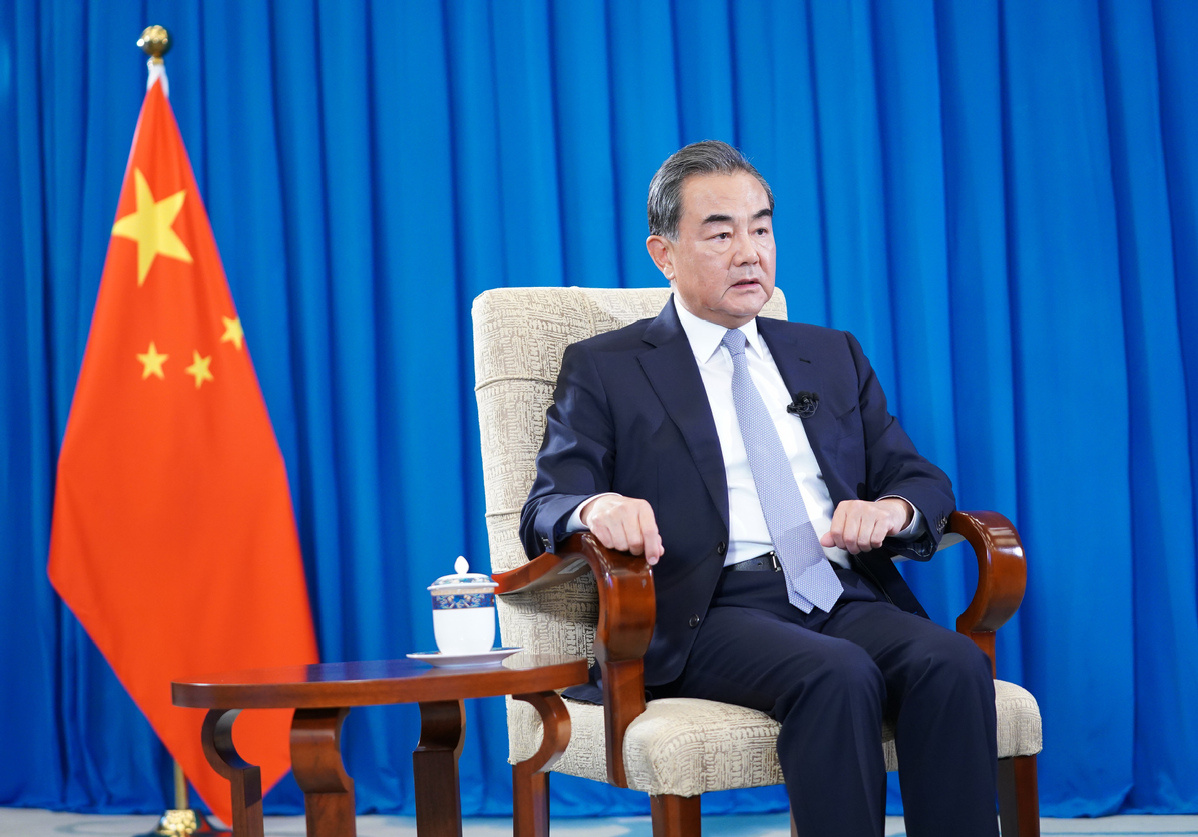 Chinese State Councilor and Foreign Minister Wang Yi leaves Beijing on Monday for his official visit to Africa, carrying on a tradition of 31 years that a Chinese foreign minister begins a year of overseas tours in Africa.

In spite of the raging COVID-19 pandemic across the continent, Wang will visit Nigeria, the Democratic Republic of the Congo, Botswana, Tanzania and Seychelles, highlighting the great importance China attaches to its relations with Africa and demonstrating their enduring friendship in weal and woe.

Dominating the year of 2020, the COVID-19 pandemic has left the world lasting scars both in disastrous mortality and economic loss, yet the once-in-a-century epidemic also witnessed China-Africa brotherhood strengthened in their joint efforts to fight the virus.

During the most difficult time in China's fight against the coronavirus last year, more than 50 African leaders sent messages of condolences and valuable support to China. After COVID-19 broke out in Africa, China took the lead in providing Africa with a large amount of anti-epidemic materials and sending medical teams to 15 African countries.

China has been adhering to the principles of sincerity, real results, affinity and good faith in its policy toward Africa. In 2020, China has started to help the construction of the Headquarters of the African Centers for Disease Control and Prevention ahead of schedule, honoring its commitment made at the Extraordinary China-Africa Summit on Solidarity Against COVID-19.

On the economic front, China signed debt service suspension agreements with 12 African countries and reduced or waived the interest-free loans of 15 African nations due at the end of 2020, becoming the biggest helper in terms of relieving African debt among the Group of 20.

The year of 2020, which marks the 20th anniversary of the Forum on China-Africa Cooperation (FOCAC), has opened a new era of political mutual trust and comprehensive cooperation between the two sides.

In the past two decades, Africa has built more than 6,000 km of railways, 6,000 km of roads, nearly 20 ports and more than 80 major power facilities within the framework of Belt and Road Initiative (BRI), the "ten cooperation plans" and the "eight initiatives" proposed by China.

Also during that period, two-way trade has increased 20 times, and China's direct investment in Africa has increased 100 times, helping to draw Africa into an upward trajectory to prosperity.

China-Africa cooperation, especially under the BRI, has offered the developing continent a real "China opportunity." Furthermore, China and the African Union have recently signed an agreement to promote the BRI in Africa, which will effectively synergize the initiative with Africa's Agenda 2063, a blueprint for transforming Africa into a global powerhouse of the future.

In 2021, challenges remain ahead, yet beams of hope will light up the future. Trading under the African Continental Free Trade Area (AfCFTA) that covers more than 1.2 billion people started on Friday, a landmark for Africa's transformation and development, also providing a golden opportunity for China and Africa to tap into their economic potentials.

For the new year, China and Africa have set clear targets in their cooperation roadmap. Senegal will cochair this year's FOCAC meetings. China will work with Africa on the three priority areas of vaccine cooperation, economic recovery and transformative development.

Unfolding the new year, Wang's visit is not only passing on a tradition but also demonstrating China's resolution to strengthen bonds with Africa and boost confidence in African countries' future development.

Bringing China's support and experience in fighting the pandemic and poverty, Wang's visit will also enhance African countries' confidence and efforts in their own fights against similar difficulties, inject new vitality into China-Africa cooperation and bring their relations to new heights.