Peace-loving China does not pose a threat to the world 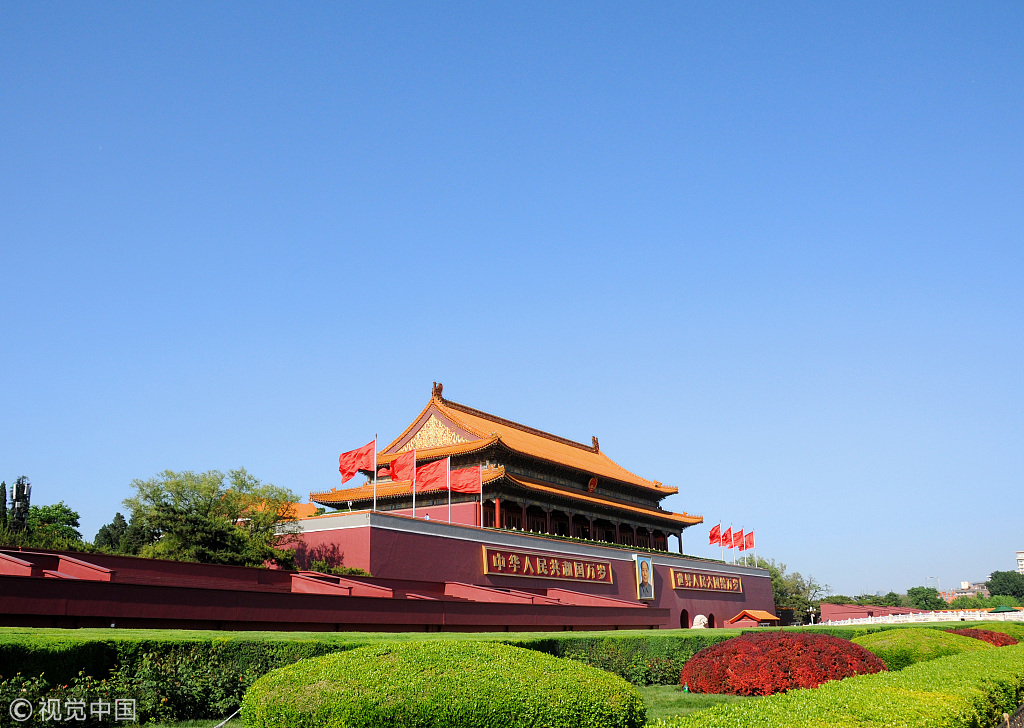 In his speech to mark the 110th anniversary of the Revolution of 1911 President Xi Jinping said the revolution led to search for path to national rejuvenation. He also emphasized aggression and hegemony are not in the blood of the Chinese people.

Sun Yat-sen, the great revolutionary who played the leading role in overthrowing the Qing Dynasty (1644-1911), said that a rising developed and rich China should be welcomed by all countries.

Peace has been the overriding principle in China's exchanges with other countries for thousands of years. However, since the middle of the 19th century, Western colonial powers launched several wars against China which, along with the Sino-Japanese War of 1894-1895, made the Chinese people realize that foreign powers were out to divide the country and the Chinese nation was facing an unprecedented crisis.

The reformists, on the other hand, initiated reforms in 1898, but the measures lasted only 103 days before Empress Dowager Cixi, the de facto Qing ruler, stopped them. Six major figures of the reform movement were killed, and Kang Youwei and some others fled abroad.

After the failed 1898 reform, the late Qing government became extremely xenophobic and supported the Boxer Rebellion in an effort to oust and "destroy foreigners", which gave an excuse to the eight-nation forces to invade China, capture Tianjin and march to Beijing.

Worried that the foreign powers would colonize and divide China, Sun Yat-sen, in his article "The True Solution to the Chinese Problem", wrote that some Western powers believed that China, with its large population and rich resources, could threaten the world once it awakened, and that's why the foreign powers want to "suppress and hinder the Chinese people as much as possible".

Sun Yat-sen criticized the West for propagating such views, saying the Chinese by nature are "hardworking, peaceful, law-abiding people, rather than aggressive, and if they really had a war, that would be only for self-defense". That is to say, even when China became strong, it would not pose a threat to the world.

In fact, in Sun Yat-sen's view, it is the foreign powers that are aggressive and their aggression is related to social Darwinism, and by applying "the survival of the fittest in natural selection", and "the law of the jungle" to human society, the Western powers will do great harm to human beings, because it will prompt countries to believe that "might is justice" and pursue foreign expansion.

Sun Yat-sen believed that humankind should shift from competition to mutual aid, because only by doing so can it achieve true peace. He had inherited the spiritual wealth of peace from our ancestors, and never let go of an opportunity to show other countries that China was a peace-loving nation.

He stressed that after the revolution, China would abandon the closed-door policy of the Qing government and open foreign trade, as that would help its international commerce to grow. And he said that the peace-loving Chinese people will not invade other countries, but create business opportunities for them.

Sun Yat-sen died in 1925 without realizing his dream of national rejuvenation. But the Communist Party of China, which faithfully inherited his unfinished work, has led the Chinese people through many twists and turns on the way to realizing the great rejuvenation of the Chinese nation.

China is a peace-loving country, and its rise does not pose a threat to world peace. On the contrary, China has been shouldering more and more global responsibilities and increasingly contributing to global development. A rising China knows more about peace than any other country.

In this regard, Sun Yat-sen's remarks on "peace" and "openness" remain significant for China's development on the 110th anniversary of the 1911 Revolution.