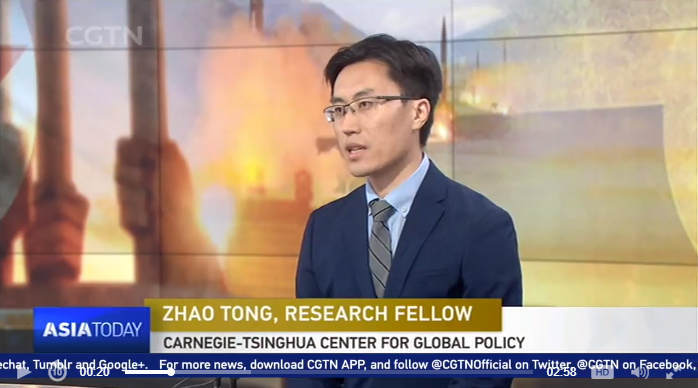 A few days after promising an inter-Korean summit and before the closely anticipated Trump-Kim meeting, Chinese Foreign Minister Wang Yi is in Pyongyang for a two-day official visit, at the invitation of his DPRK counterpart Ri Yong Ho.

It is expected that both parties will seek more coordination between Beijing and Pyongyang ahead of the Trump-Kim meeting. China’s involvement in the peace process on Korean Peninsula is both natural and crucial, as Zhao Tong, research fellow at the Carnegie-Tsinghua Center for Global Policy states.

He points out, the DPRK has made noticeable efforts to deescalate the tensions on peninsula. After the bilateral summit between the ROK and DPRK concluded, it makes sense to involve more relevant parties and “broaden the process to multilateral meeting.” As the ROK President has reiterated, China has made great contribution to bring about the recent diplomatic process.

In the meantime, the efforts to replace the current armistice treaty with a permanent peace treaty should also include China. In 1953, it was signed by China and the DPRK on one side, and US and other United Nations on the other. Thus it is reasonable that China is interested in what the future security structure on Peninsula would look like.

But regarding the concrete measures for a nuclear-free Korean Peninsula, Zhao holds a more cautious view. “My personal assessment is that North Korea has a strong interest to keep the core nuclear capabilities it has already acquired.”

As Sun Xinjie , the Deputy Dean at School of International and Public Affairs, wrote on the Financial Times, for the DPRK, denuclearization is a future vision, not an immediate action demanded by the United States. Although the DPRK has announced to suspend nuclear tests, Kim’s promise of “never using nuclear weapons” is based on the premise that there is no nuclear “threat or provocation” to the country. The deep distrust between the two countries and the major differences the two leaders have on denuclearization will certainly cast a shadow on the peace and denuclearization process in the future.

In this regard, Zhao thinks that the role of China is particular important. “Big powers like China and US should start coordination right now,” he added. The trust mechanism between Pyongyang and Washington is a bumpy process and China’s role is indispensable.