Peninsula should break out of vicious cycle of talks and tensions 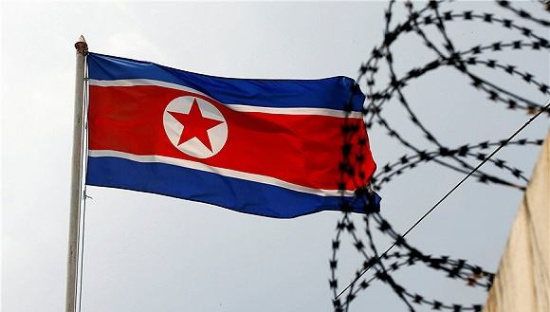 Kim Jong-un, chairman of the Workers' Party of Korea and chairman of the State Affairs Commission of the Democratic People's Republic of Korea, left Beijing for Pyongyang on Wednesday after a three-day visit, his fourth to China since March last year. This year marks the 70th anniversary of the establishment of China-North Korea diplomatic relations. The close high-level contacts between the two countries mean that China-North Korea relations are not only moving along the original path, but have begun to upgrade.

Around this time last year, despite a détente between North and South Korea, the situation remained grim. But with a string of diplomatic breakthroughs, such as Kim's China visits and the North Korea-US summit, hope has risen and people have begun to believe peace on the Peninsula is not merely a dream. The past year witnessed significant progress in North Korea's ties with China, the US and South Korea. Stability on the Peninsula has made all parties full of expectations for future peace and no one is willing to go back to the tensions of the past. This is an important factor in judging the current situation on the Peninsula. The year 2019 is crucial for the Peninsula's stability and peace. Kim's latest visit to China has created a favorable atmosphere and conditions for continued improvement of the situation on the Peninsula. All parties need to consolidate the achievements and move forward to secure new breakthroughs.  Despite a turnaround in the situation on the Korean Peninsula, relations between Pyongyang and Washington haven't been plain sailing. But in general tensions have eased. The US should take a more cautious and responsible approach to deal with North Korea, desisting from zero-sum thinking that causes misunderstanding. The détente on the Peninsula hasn't come easily and should be cherished by all sides. They should make joint efforts to promote peace on the Peninsula. In spite of their self-interest, all parties have common interests and a common desire to promote denuclearization on the Korean Peninsula. They should give primacy to the interests of the people on the Peninsula and in the surrounding areas. Any party that puts its own interests first may damage the outcome. In the past, the Peninsula had been locked in a cycle of negotiations and tensions. Whether it can break out of the cycle depends on all parties. If all parties can help move the situation in a positive direction, the Peninsula is very likely to rid itself of the past cycle and usher in a new era of stability. It has been pointed out in foreign media reports that every visit of Kim to China has been followed by a diplomatic breakthrough. Kim's first and second China visits took place before the inter-Korean summit and the North Korea-US summit. Prior to Kim's visit this time, it was reported that US President Donald Trump was seeking a second meeting with the North Korean leader. Kim's latest China visit has brought hope for a major diplomatic breakthrough this year. North Korea pledged to find new ways of socialist economic development in 2019. Since the Workers' Party of Korea declared the new strategic line last year, the country has made many achievements. This year Pyongyang would still concentrate all efforts on development. It needs to create a favorable external environment for domestic economic development. In this context, China-North Korea cooperation is of particular importance. China is one of North Korea's important trading partners. China's economic development has benefited other neighboring countries. North Korea should be no exception. And North Korea's development is also conducive to the Chinese economy. It will help increase the economic vitality of Northeast China. Mutual exchanges and cooperation in economic development between China and North Korea will provide a guarantee for continuing stability on the Peninsula.