OPINIONS Peninsular peace without Beijing rests on a house of cards

Peninsular peace without Beijing rests on a house of cards

Chinese Foreign Minister Wang Yi will embark on his two-day trip to the Democratic People's Republic of Korea (DPRK) on Wednesday, amid a whirlwind of sanguine diplomatic developments on the Korean Peninsula. The visit perfectly refutes the recently bloated rhetoric that Pyongyang is leaning toward Washington and shifting away from Beijing. 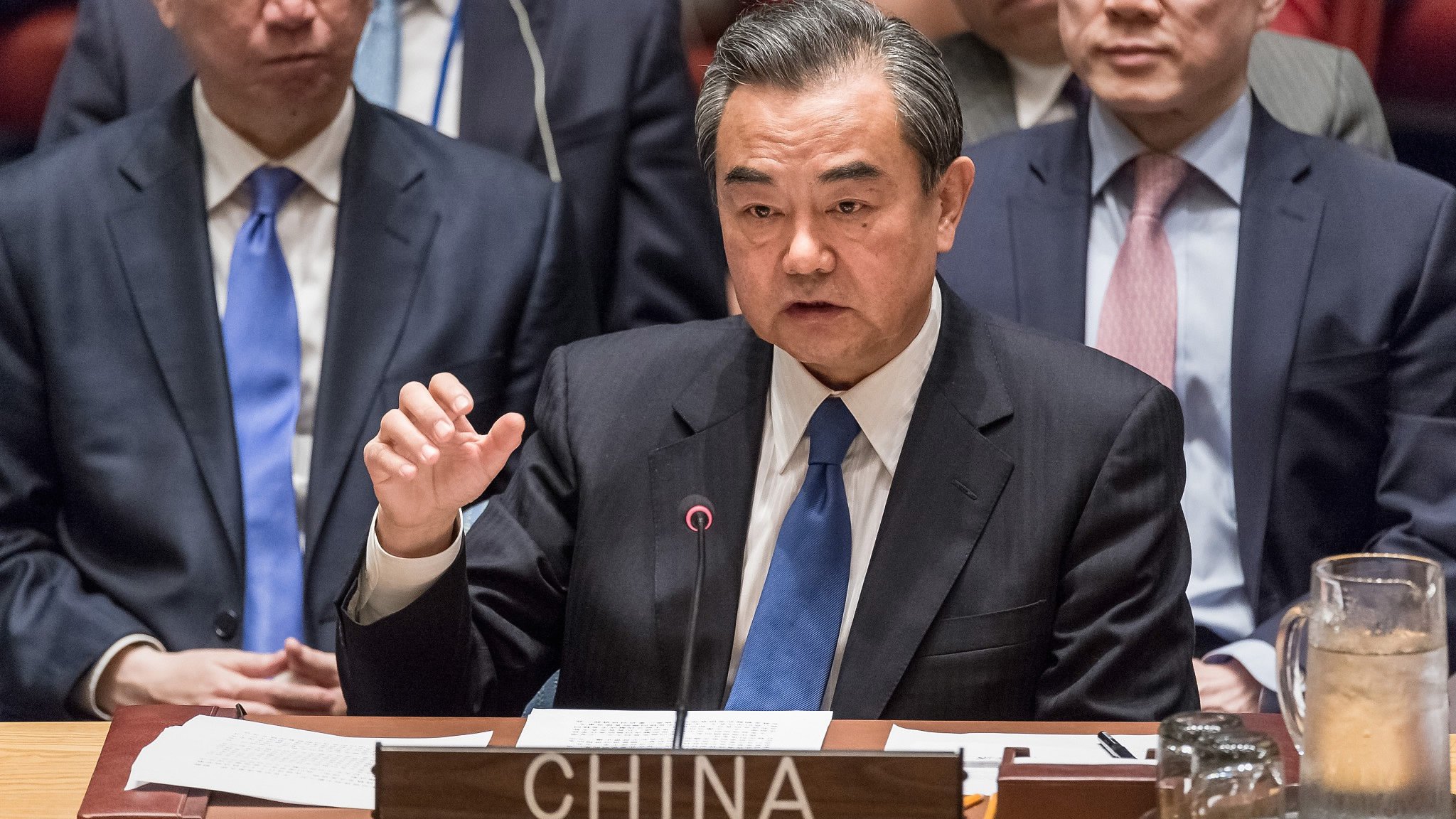 The Korean Central News Agency reported on Monday that Pyongyang will sync its time zone with Seoul’s starting from May 5, a day after the news broke that the DPRK would shut down its Punggye-ri nuclear test site and open the process to US and ROK experts and press in May. Such moves, in the eyes of many analysts, constitute a conciliatory gesture to the US and the Republic of Korea (ROK). This tone has gone viral since the end of the landmark inter-Korean summit on Friday.

By using an “or” between “trilateral meetings involving the two Koreas and the United States” and “quadrilateral meetings” also involving China to turn the armistice into a peace treaty and create permanent peace on the ill-fated Korean Peninsula, the parlance in the Panmunjom Declaration for Peace, Prosperity and Unification of the Korean Peninsula has caused a stir among international media outlets, who purport to indicate that China is losing out on the once-intractable peninsular issue. 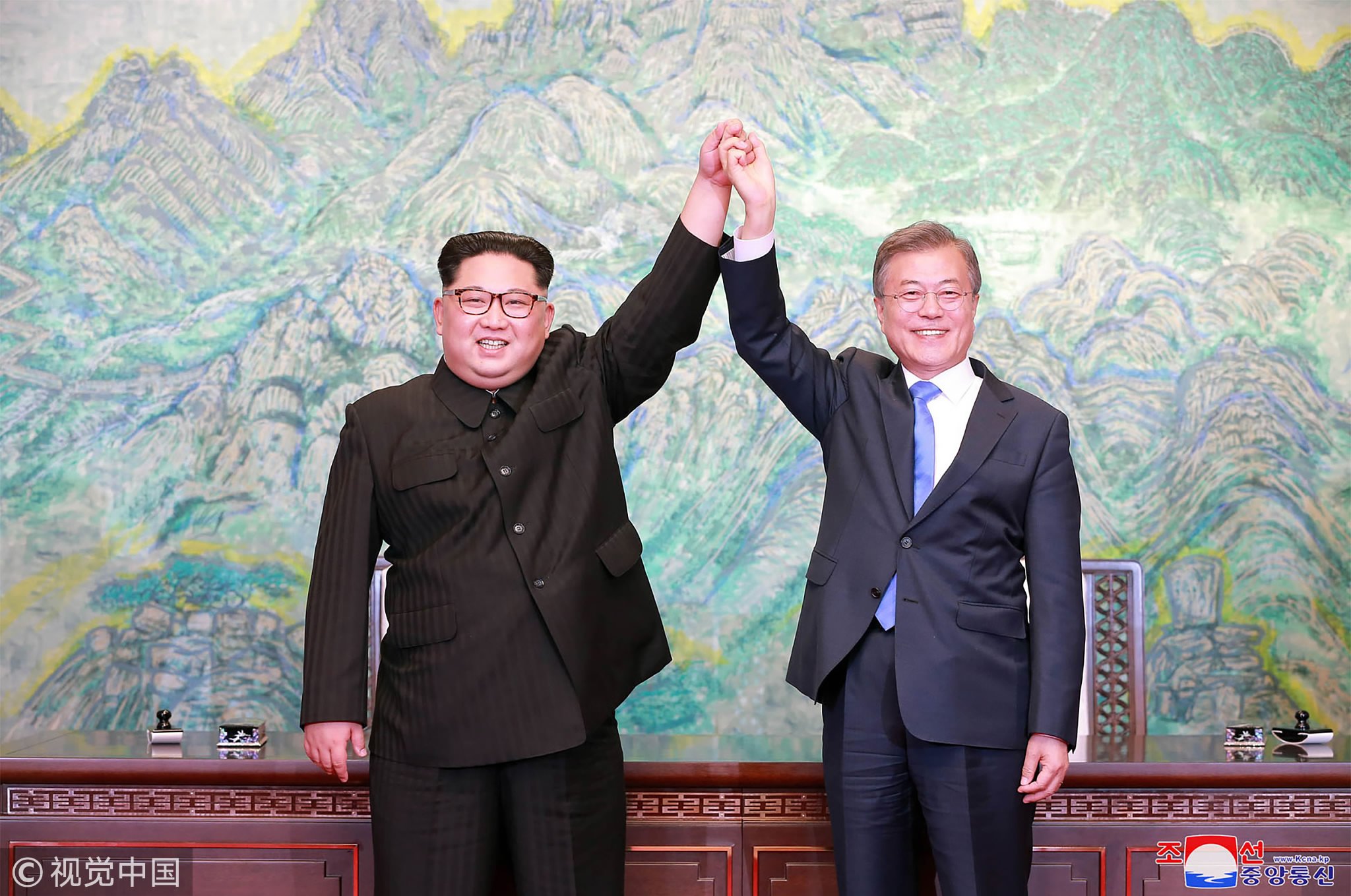 DPRK leader Kim Jong-un (L) and ROK President Moon Jae-in (R) pose during a signing ceremony near the end of their historic summit at the truce village of Panmunjom on April 27, 2018. (Photos: VCG)

In a Saturday analysis, the New York Times quoted an expert as saying “there was no question that China remained sidelined in the rapprochement between North and South, and it was nowhere to be seen in the prelude to the meeting between Mr. Trump and Mr. Kim.” The South China Morning Post said in a piece entitled “No seat for China in initial talks with Koreas” that China “could become a less significant player if relations between the two Koreas improved.”

It’s not surprising. The interpretation that China is receding on the Korean Peninsula began fermenting prior to the historic summit. The notion that China has “found [itself] in an unaccustomed place,” “sidelined,” or “left out” was touted by mainstream media outlets including Reuters, CNN, and the New York Times. Even Yonhap, the ROK’s largest news agency, adopted “diplomatic estrangement” to describe Beijing’s feeling amid the talks dominated by Pyongyang, Seoul and Washington.

It seems that they are extremely concerned about China’s future role on the Korean Peninsula. But will a new dawn befall this much-afflicted place through “trilateral meetings”? Definitely no. “Quadrilateral meetings” are indispensable both historically and for the status quo.

In July 1953, China became a signatory to the Korean Armistice Agreement together with the DPRK and the US-led UN forces, bringing an end to the bitter Korean War. Hence, China’s involvement in replacing the armistice with a peace deal is a matter of course. Clinching a peace pact without Beijing is ungrounded, both de jure and de facto.

What’s more, over the past 65 years, China has been the most important ballast on peninsular peace and stability. With conflicts and skirmishes continuing unabated for over half a century, the Korean Peninsula is perceived as the powder keg in Northeast Asia. Beijing has proposed a dual-track approach -- promote parallel progress in the denuclearization process and the establishment of a peace mechanism, as well as full suspension, involving the suspension of nuclear and missile launches by the DPRK in exchange for the suspension of US-ROK military drills.

And in the face of Washington’s campaign of applying maximum sanctions and pressure, including a naval blockade which threatened to cut off the supply of the DPRK’s oil and machinery, China solemnly stated that no humanitarian crisis is allowed on the peninsula. “We will absolutely not permit war or chaos on the peninsula,” said Chinese President Xi Jinping in April 2016, after the DPRK fired a ballistic missile. Wang Yi reiterated the position on various occasions, not only given Pyongyang’s nuclear weapons development but also as a warning to the US.

China has all along been fulfilling its role as a major regional country, preventing anyone from wreaking havoc on the Korean Peninsula. The judgment that it is being marginalized in the peninsular crisis is unfounded, impractical and ignorant. Talking about peninsular peace while kicking China out is merely a daydream. 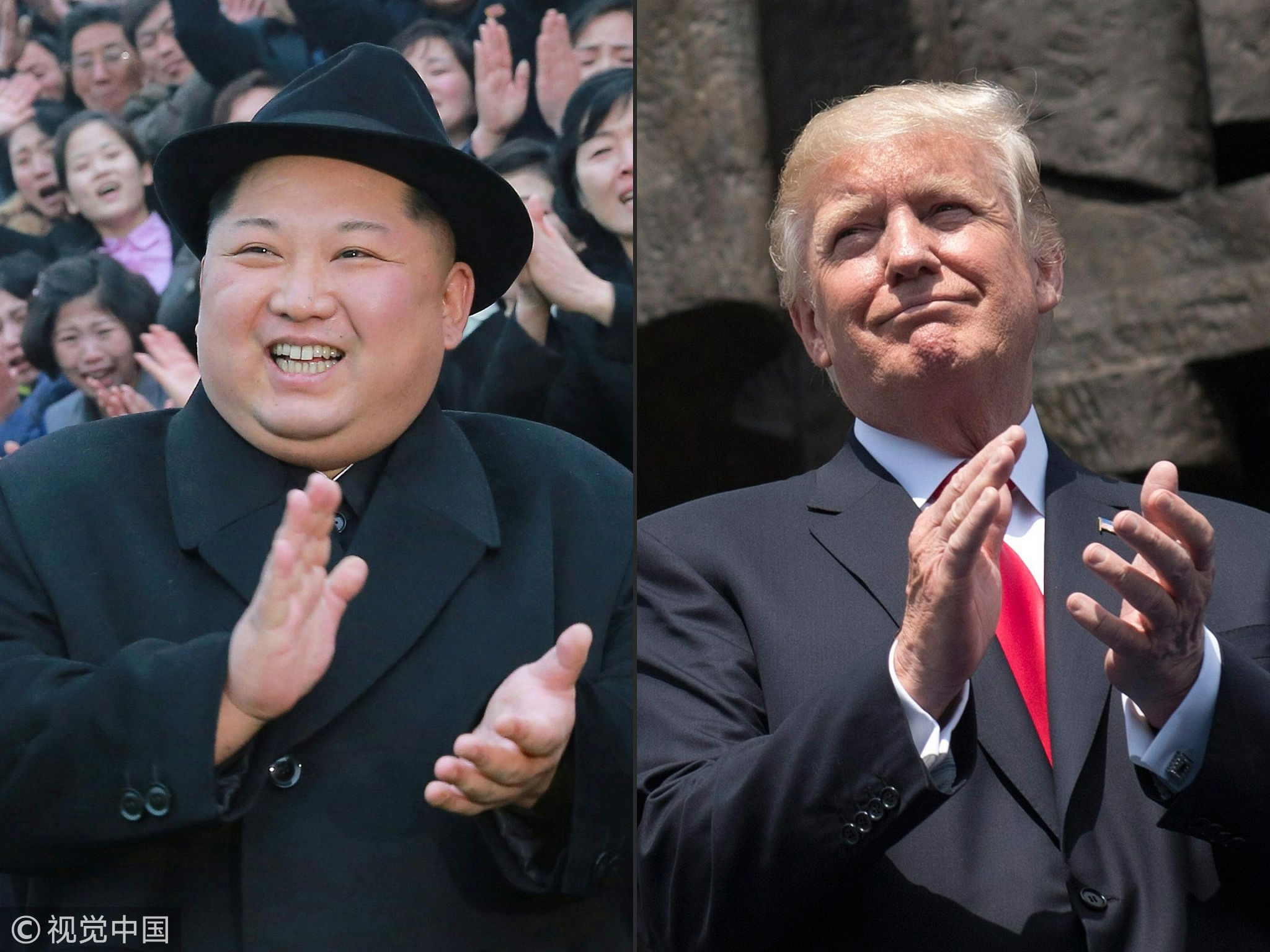 DPRK leader Kim Jong-un (L) visits the newly-renovated Pyongyang Teachers' University on January 17, 2018. US President Donald Trump (R) applauds as he stands in front of the Warsaw Uprising Monument on Krasinski Square during the Three Seas Initiative Summit in Warsaw, Poland, on July 6, 2017.

And Beijing will remain a key player in the DPRK issue in the future. It’s not that easy for the two Koreas to secure a peace deal so fast since they had been at loggerheads for decades. Kim Jong-un has a precise recognition of this and proposed "phased and simultaneous steps for peace," which largely goes against Washington’s wish. Pyongyang needs Beijing’s rational support in the next steps.

The international press might be too optimistic, as is Donald Trump. The US president has an intention to bring this conundrum -- which his Democratic predecessor mostly steered clear of -- to the forefront given the diplomatic plight he is mired in before the mid-term elections. The fickle man’s passion may well fade after the elections.

Last week, he suddenly tapped hardliner Harry Harris, an admiral who had been meant for US ambassador to Australia, to the ROK. This suggests Trump still thinks that the region requires a strong military presence with experienced leadership at the helm. Moreover, the annual US-ROK military drill did not stop despite the monumental thaw in their ties with the DPRK. Therefore, Trump did not make a compromise despite Kim’s peace endeavor except pay lip service.

To achieve permanent peace through “trilateral meetings” rests on a house of cards. The tough process needs China’s wisdom and contribution, as it has over the past decades.

(The article is based on an interview with Lyu Chao, director of the Korean Peninsula studies center at the Liaoning Academy of Social Sciences.)