OPINIONS Pentagon's report on PLA more a reflection in a mirror

Pentagon's report on PLA more a reflection in a mirror

Insatiable in its appetite for appropriations, the Pentagon is forever fabricating threats. China being a case in point. Over the past 20 years, the Pentagon's annual report on China's military development has been one of the ways in which Washington has contrived a China threat. 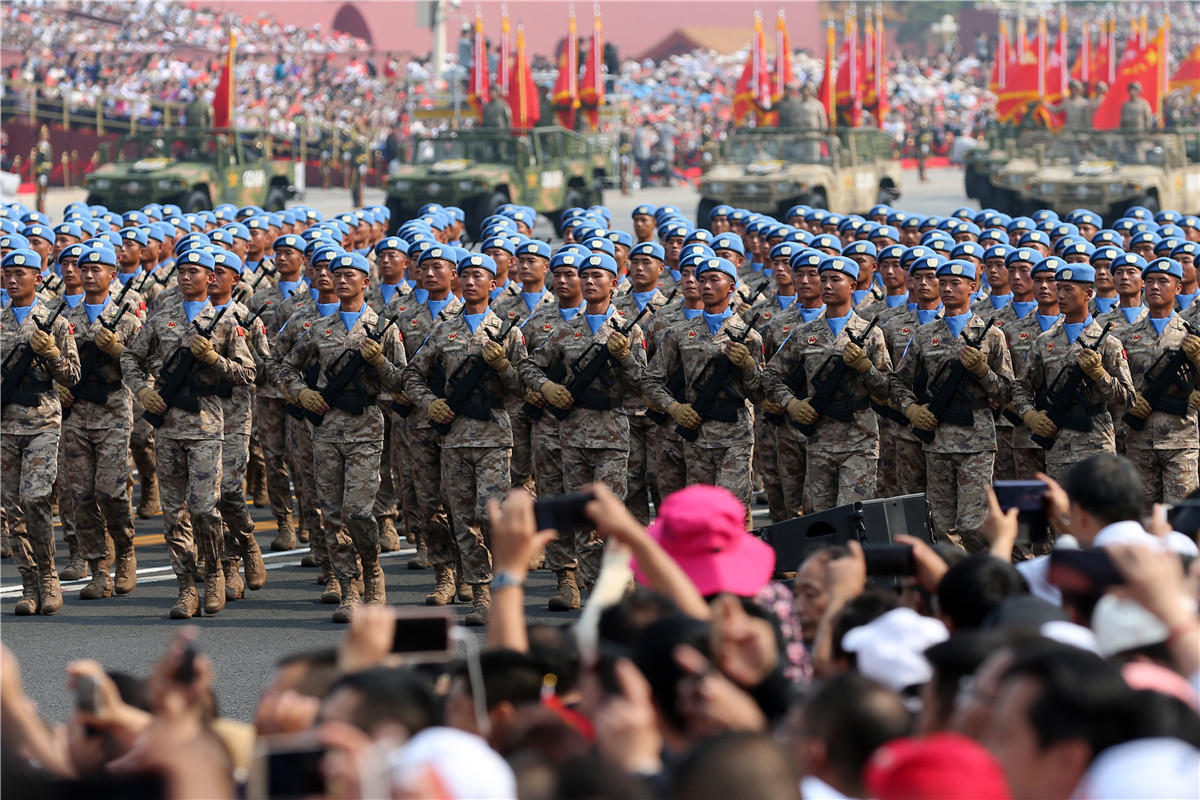 This year's report is no exception, being predictably familiar in its fear-mongering. Published last week, it is full of speculation and suppositions to support its allegation that China's military development has "serious implications" for global security.

Since its scare-mongering is so far removed from the truth and the report's purpose is to hoodwink and mislead, it comes as no real surprise that it is full of wild conjectures and surmises.

This is highlighted by the apparent intent to convey the authenticity of its claims, which contrarily simply lays bare its duplicity. For rather than quoting media reports and the research of some think tanks as previous reports did, the latest report relies on out-of-context misinterpretation of carefully chosen content from documents of the Communist Party of China and the Chinese military.

The essence of the report was set out in US Secretary of Defense Mark Esper's signed article published in The Wall Street Journal late last month, titled "The Pentagon Is Prepared for China" in which Esper tries to throw dust in readers' eyes by distorting the image of the People's Liberation Army by claiming that it "does not serve the country or the constitution". In effect, saying it serves the Communist Party of China, which US policymakers are trying divorce from China and the Chinese people.

This is the trope now being pushed by China-bashing voices in the US administration as they try to tap into the residual fears in people's minds about the "red terror" and the "evil empire". Knowing that if they can succeed in doing that it will be much easier to smear everything related to China — not just its military, but its businesses, technologies, policies and even students.

That US policymakers feel so anxious that the US is in danger of losing its hegemony serves to highlight that such misrepresentation of the relationship between the CPC and the Chinese people is actually a castle built on sand.

The main reason they are so desperately hyping the claim that the CPC is trying "to manipulate our people and our governments, damage our economies, and undermine our sovereignty", as National Security Advisor Robert O'Brien put it in a speech in June, is to justify the US' already extravagant military buildup, and instigate "like-minded countries" to become pawns in its China-containment campaign.

Esper, O'Brien and others imply that China is outwardly strong and inwardly weak, featuring ever looser ties between the powerholders and the people. Yet, as is increasingly evident with each passing day, they are projecting onto China traits that are better attributed to the US.