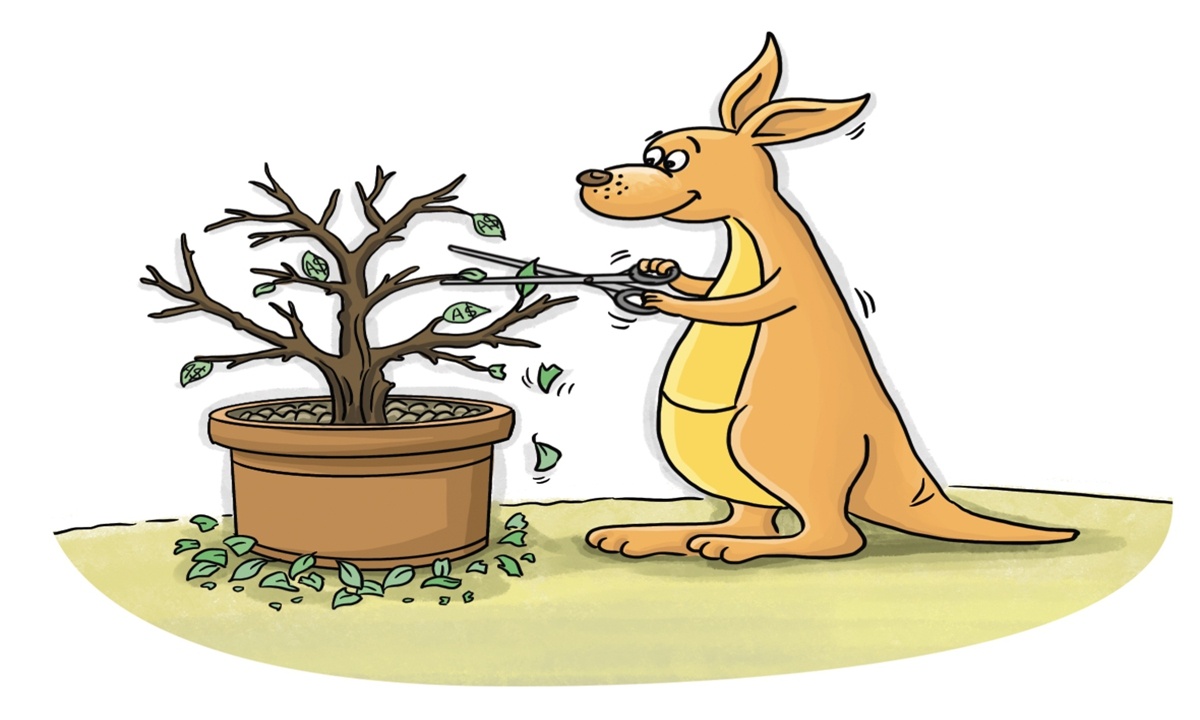 The chill within the China-Australia relationship has been doing an increasingly apparent damage to the foundation of bilateral economic and trade cooperation.

The figure that reflects the dramatic change in Australian attitude to economic ties with China deserves attention, and it may be difficult to reverse the Australian public's growing dissatisfaction and pessimism toward bilateral economic and trade relations, which in return dictates the market atmosphere for trading activities between the two sides and leads to heightened tensions.

While it is hard to tell whether the poll by the Lowy Institute is enough to show the real picture of Australians' view about China trade, it is equally undeniable that there are still Australians calling for stronger economic and trade ties with China, especially in the wake of a global pandemic.

Regrettably, despite a handful of rational voices and inherent resilience in bilateral trade, Canberra appears to have abandoned any intention to bring bilateral trade back on track.

At present, concerns over bilateral trade relations have largely dominated the market, and the Morrison government needs to take the responsibility for the situation and reflect on the root cause. Canberra continues to interfere in China's domestic affairs, sought to damage China's interests and adopted discriminatory trade practices. And ever since bilateral trade ties began to deteriorate, Canberra jumped on an opportunity to politicize trade setbacks and play up the so-called "economic coercion" theory while calling for a tougher stance among its allies toward China.

Canberra's lack of sincerity in reestablishing mutual trust and good faith in working with China is creating potential long-lasting damage amongst citizens of both countries. Should Canberra insist on continuing down this path, it will become increasingly difficult to return to equilibrium.