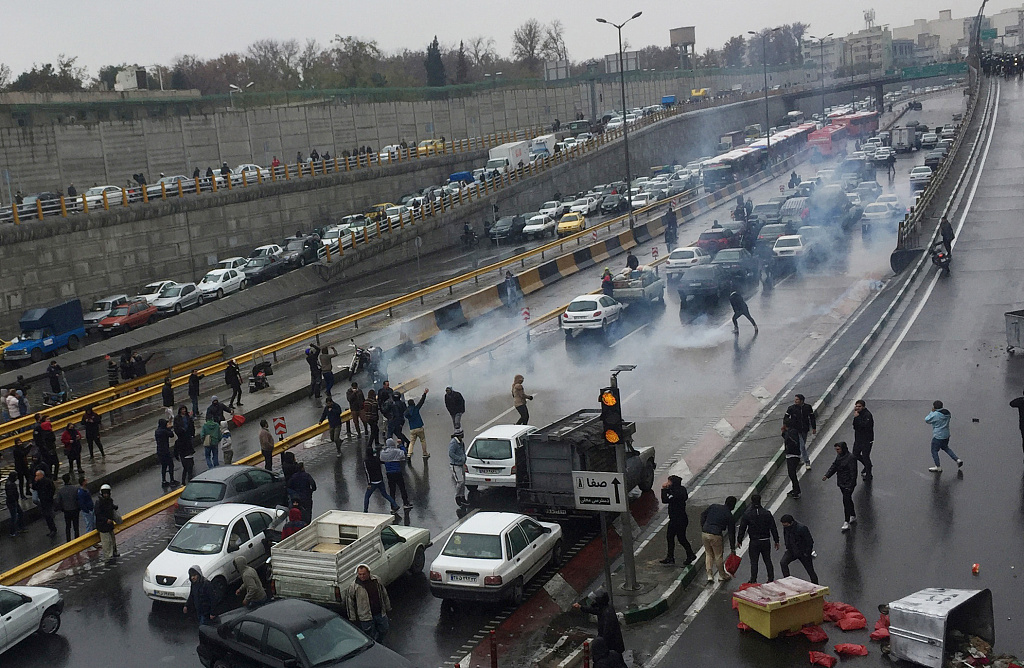 The unrest poses a serious challenge to a government already in difficulties due to strict American economic sanctions; however, the controversial action will benefit the country longer term.

The Nov. 15 statement by the National Iranian Oil Products Distribution Company announced that the price for a liter of regular gasoline was increased to 15,000 Rials (nearly 35 cents at the official rate of 42,000 Rial per dollar) from 10,000 Rials before, and the monthly ration for each passenger car was set at 60 liters. Additional purchases would incur a cost of 30,000 Rials per liter.

This was big news in Iran. Actually, the patrol subsidy issue has long been on the top of the government agenda of the Islamic Republic though it was only the recent days that it attracted international attention due to widespread reports of social unrest over reform of the subsidy. The government several years ago also considered its revocation.

It is true that many Iranians support the subsidy since it makes driving a more comfortable part of life free of worrying about unnecessary expense. The subsidy is particularly important for middle class Iranian families to maintain a decent life amid economic difficulties.

However, political and economic elites are well aware of the serious harm that the subsidy could have on the economy both in the short and long term. An article in the Tehran Times on March 5 this year entitled "Blind subsidy system costing economy greatly" clearly reveals how harmful its effects.

The lower price naturally greatly encouraged consumption, accelerating the depletion of a vital natural resource – oil. Car owners would naturally choose to make more use of their vehicles if prices at a pump remained low, threatening the environment.

The lower price posed a very serious burden on government finances. The retail price was far lower than the cost of producing a liter of gasoline. It was the government that had to make up the difference.

Even in normal times, this was a heavy burden, and it became even more so when the country was targeted by severe sanctions imposed by the Trump administration in a continuing row over Iran's nuclear program. After all, Iran's government budget relies significantly on oil exports and international trade, and the sanctions have created a severe curtailment.

Many had also argued that the subsidy harmed social equity. In Iran, not everybody can own a car, but a rich family could have two or three vehicles at their disposal. Therefore, the oil subsidy supported rich families and not needy poor ones.

All in all, reforming of the oil price in Iran is not something accidental, but comes after long and profound political and economic debate. In the long term, it will benefit the country's economy in many ways. It will serve to alleviate the pressure of resources consumption and the financial burden on the government as well.

As a result, the government could have more of its natural resources for export, and could use the money saved for other more reasonable economic purposes, for instance, investments in infrastructure, and creating employment.

However, deciding at this very moment to reform the subsidy program might mean that Iran's economy will face even more difficulties. The United States might not have been able to cut off Iran's oil exports entirely as it desired, expected, but has probably significantly reduced the amount.

And severing Iran's financial linkage with the outside world is even more detrimental in regard to its trade relations and hurt the government financially. According to IMF statistics, Iran's GDP in 2019 will achieve negative growth of 9.5%.

The social and political turmoil could pose a serious challenge to Iran's political stability as social dissatisfaction has been mounting due to poor livelihood constraints for many years.

However, Iran's political system had survived difficulties before, such as post-election Green Movement in 2009 and the turmoil due to food price hikes in late 2017.

It has the experience and preparedness to deal with social and political turmoil. The system enjoys the support of the Islamic Revolution Guard Corps, and the Basij, a quasi-military organization.

However, the latest turmoil could encourage the United States to take even tougher measures against Iran. The Trump administration would regard protests in Iranian streets as success of its policy of maximum pressure to try and topple the government from within.