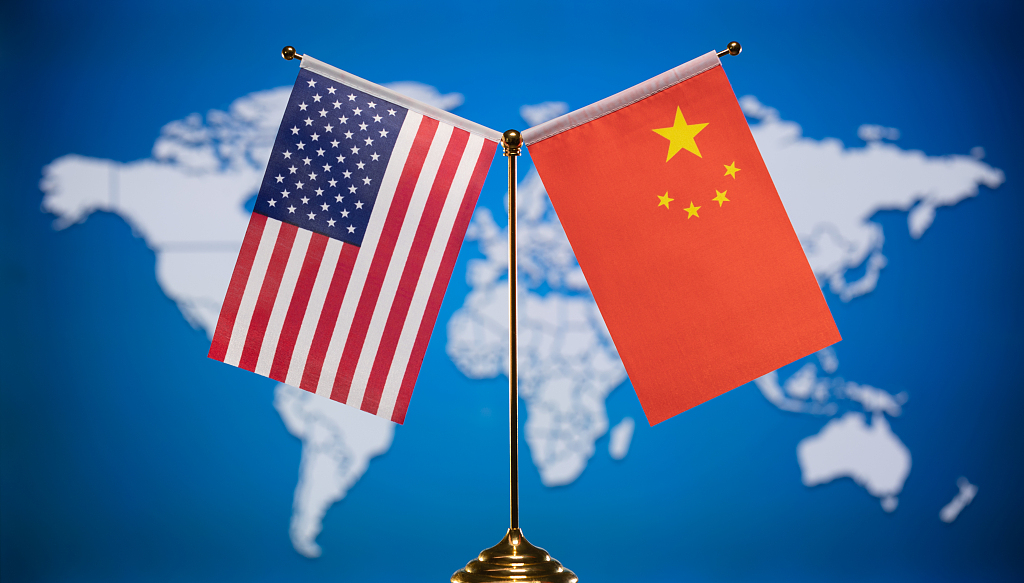 The national flags of China and the United States. (Photo: CFP)

Two years ago, China signed a two-year trade deal with the United States and the Trump administration. It was based on Trump's simplistic understanding of the world. The election of U.S. President Biden has not changed the implementation of the deal but developing any phase-two deal requires a more mature approach. The bulk of the Trump tariffs remain in place, although the United States Trade Representative, Katherine Tai, has initiated a piecemeal tariff "exclusion process" to alleviate the pain for some American importers.

This tariff "exclusion process" acknowledges the unintended consequences of the phase-one deal. It is key to understanding how China-U.S. relations will develop in the post-pandemic era and shape any phase-two agreement. The post-COVID environment is already being defined by dramatically rising inflation, the certainty of a rise in interest rates and a restructuring of supply and logistics chains.

The headlines to date have been mostly about China's purchase commitment. However, the economic impacts go well beyond any accounting approach which tallies compliance against a list of commitments to buy at least $200 billion worth of additional American goods and services, relative to the 2017 level. This included $162.1 billion worth of physical goods that the U.S. simply has not had the capacity to produce. So many aspects of these details have been distorted and displaced by COVID-19 and supply chain disruptions.

The first significant economic impact of the phase-one deal is the way it has helped trigger the inflationary surge in the U.S. President Trump was warned of this impact, but he ignored this advice. These tariffs that were imposed alongside the deal resulted in increasing costs in all the components of the development and manufacturing chains and the logistics chains.

Like thousands of other items, the low price of a sub-$1,000 computer relies on China inputs throughout the supply chain. It turns out that China's greatest export was deflation. The tariffs associated with the trade have reversed that deflationary impact and the U.S. consumer is bearing the brunt of it as U.S. industry passes on the tariff tax on what should be less expensive goods.

One of the most effective antidotes to surging U.S. inflation is to drop the tariffs on Chinese goods. Tai's tariff "exclusion process" recognizes this, and will influence changes in the China-U.S. trade relationship. 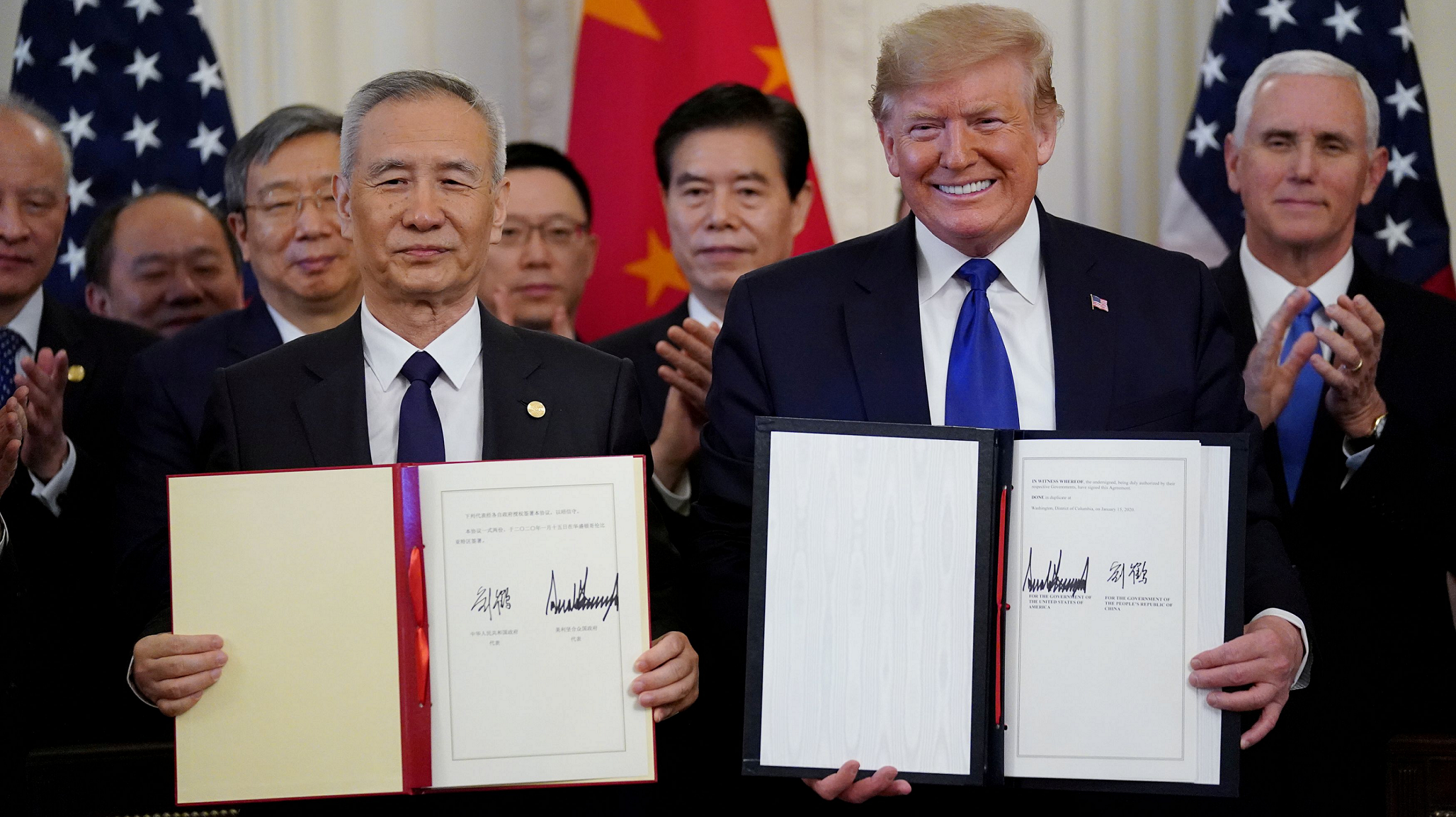 Chinese Vice Premier Liu He stands (L) with then U.S. President Donald Trump after signing the China-U.S. phase one economic and trade agreement in the East Room of the White House in Washington, D.C., January 15, 2020. (Photo: Reuters)

The phase-one deal distorted American production, diverting it from satisfying domestic demand to supplying commodities and goods to meet Chinese demand. This led to recent complaints that China was hoarding certain commodities at the expense of the U.S. consumer. It was an unintended consequence of the deal because the ability of the U.S. to meet increased demand was overestimated.

As much as Americans may point to the failure of China to meet their commitment to purchasing $200 billion more in U.S. products and services, the reality is that in many areas, the U.S. has been unable to generate adequate supply. This diversion of domestic production to satisfy export demand in the China market triggered by phase-one requirements is also a contributing factor to increased U.S. inflation.

There are also many legitimate reasons why the purchase numbers haven't lived up to the text of the agreement. Automobiles made up significant exports to China in 2017. But now American automakers can't even meet their own domestic demand, let alone satisfy export demand. A large portion of American manufactured exports to China was Boeing airplanes. The global collapse of this sector, along with a global slowdown, was not considered at the time the phase-one deal was negotiated.

Crude oil accounted for almost 60 percent of the $67.7 billion purchasing commitment for energy products. Even before the deal went into effect, Bloomberg reported that the U.S. energy industry said that it had insufficient production capacity to meet the target. Annual oil production in the U.S. has remained below 2019 levels, essentially making it impossible for the U.S. to meet the phase-one trade deal commitments.

Talking tough, U.S. Trade Representative Katherine Tai told reporters last month that the Biden administration is "getting traction" with China and intends to hold China accountable to the expiring trade deal while exploring all weaknesses in China's performance. China may also explore all weaknesses in the ability of the United States to produce adequate supply.

The phase-one deal was typical of the simplistic approach to trade and international relations favored by former U.S. President Donald Trump. The issues and the unintended consequences are far more complex than Trump acknowledged. Many aspects of the phase-one deal should have been invalidated by the global economic reaction to COVID-19.

Any phase-two trade deal is more likely to take the complexities of the co-dependency of international trade into account. It will try to alleviate the unintended inflationary consequences of the phase-one deal.