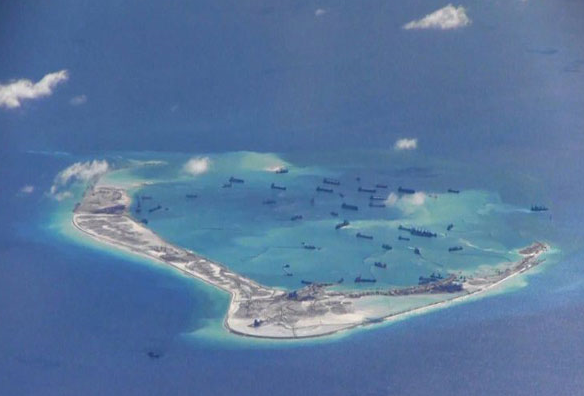 Philippine President Rodrigo Duterte allowed China to research with the University of the Philippines at the Benham Rise, an area off the Philippines' Pacific coast, according to Reuters. The report was later confirmed by Chinese foreign ministry spokesman Lu Kang: China's scientific research vessel Kexue will be conducting marine activities in waters under Philippine jurisdiction east off the Philippines from January to February.Given the fact that Beijing and Manila have a long history of maritime squabbles over sovereignty of the South China Sea, Duterte granting permission to China's scientific activities and accordingly offering facilitation reflects the president's high-level trust in China, and meanwhile is an embodiment of the concept of "setting aside disputes and pursuing joint development" advanced by former Chinese leader Deng Xiaoping.Mutual trust is of pivotal significance to future Beijing-Manila maritime cooperation. Duterte's approval of China's scientific research in disregard of domestic criticism and opposition set a good beginning for future joint exploration in the South China Sea and created favorable conditions for the steady and sustainable development of bilateral ties.Certain Philippine politicians, for instance, Magdalo Representative Gary Alejano, blasted Duterte's decision, arguing "allowing a Chinese national think tank to conduct so-called scientific research over Philippine waters… is careless and absurd." Indeed, the Benham Rise is under Philippine jurisdiction, but this should not be regarded as a restriction on Beijing-Manila scientific research in the region. The marine activities of the two countries at Benham Rise are purely for scientific purposes, with no intention to jeopardize the Philippines' justified interests there. Their cooperation is mutually beneficial. It's encouraging that Duterte thrust aside dissenting remarks by Alejano, and managed to keep Sino-Philippine relations on the right track.The significance of scientific research in the South China Sea is much in evidence, considering its huge reserves of oil, gas, fisheries, heavy metals and other resources. Moreover, as a pathway for one-third of the world's marine shipping traffic, the South China Sea carries tremendous strategic importance. Environmental protection of the waters is for the benefit of our offspring. It's high time that China and the Philippines put aside disputes and joined hands to conduct scientific research in the region.Earlier China gave Philippine fishermen access to Huangyan Island despite territorial disputes. With the pursuit of joint development, the two countries may see more cooperation in scientific research, fisheries and so forth. China is willing to work with the Philippines to advance practical cooperation. In the meantime, we hope Duterte can stand up to domestic pressure and focus on cooperation with China rather than strategic calculations.