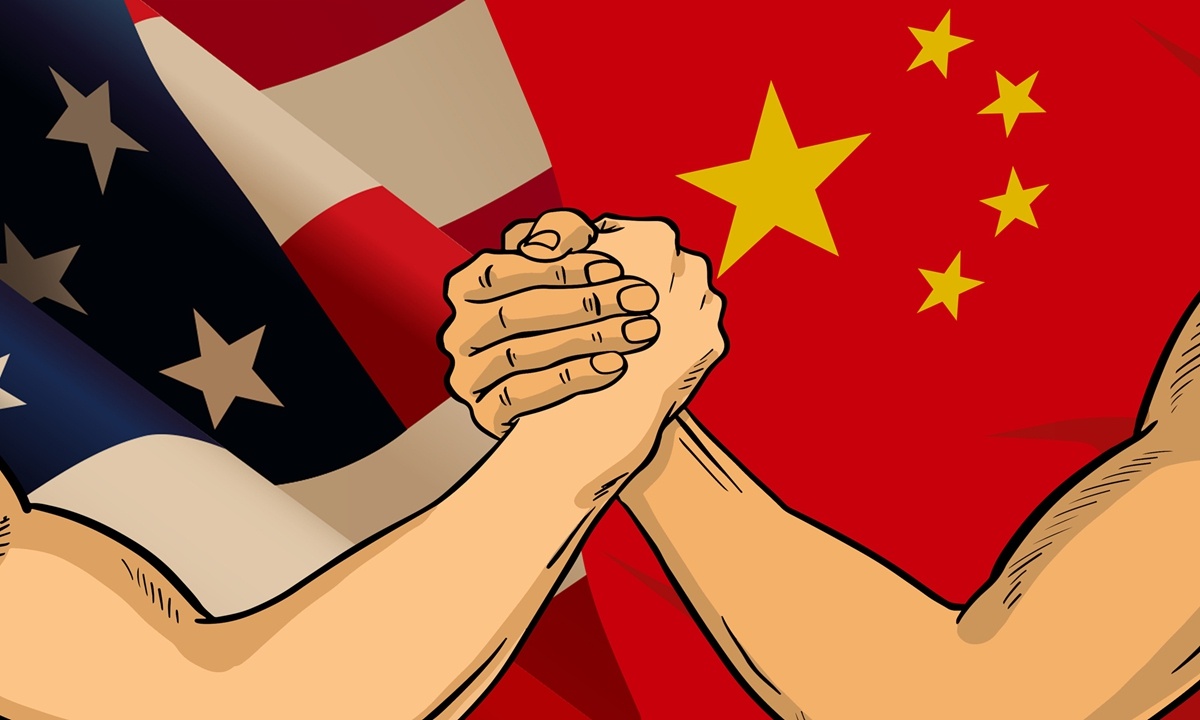 The office of the US trade representative on Monday released President Biden's 2021 trade agenda report, accusing China of undermining US national interests through coercive and unfair trade practices. It also said the Biden administration would use all available tools to pursue "strengthened enforcement" of China's existing trade obligations. There are other reports which say that the US is strengthening communication with its allies to ensure advanced technology in basic areas such as the semiconductor industry stays dominated by the West.

The Biden administration has repeatedly said it is reviewing the previous administration's China policy, but recent messages emanating from Washington suggest that the new administration is keeping the hard-line stance against China. The Trump administration's strategic goal of containing China will be inherited, and only the means of dealing with China may be adjusted.

Taking a look beyond China's stance, we can find the conventional geopolitical logic behind the US' hard-line policy toward China. The US is unaccustomed to China's rise. Its emotional reluctance to accept it, its strategic misgivings about a stronger China, and its desire to take precautions, including some extreme ones, can all be found in this conventional logic.

But we are in the 21st century now. It's not the 19th and early 20th centuries when barbaric geopolitical games prevailed. Today's world has been interconnected. Globalization has greatly boosted the well-being of all human beings. It needs more rationality and bottom line to carry out geopolitical games than in the past. Otherwise, playing geopolitical games will become an evil strategy that tramples on basic morality.

Be they Americans, Chinese, Latin Americans or Africans, all people have the right to pursue a better life. Regarding US' China policies that aim at promoting US development and increasing US strength, even if they have brought pressure to China, China hasn't said anything negative about them. However, it must be pointed out that policies targeted at preventing China's continuous development and even pushing China's economy backward are evil. They pose a direct harm to the interests of the 1.4 billion Chinese people, depriving the natural right of the Chinese people to seek a better life.

It is understandable that Washington hopes to maintain its leading position in semiconductors and artificial intelligence. It is also reasonable that they have taken measures to ensure that resources related to technological progress are concentrated in the hands of the US and the West. But if they exclude China from the list of normal exports of technological products with the goal to make China's relevant technology application lag behind Western countries and cripple China's overall capacity for scientific and technological progress, this is also evil.

People in the US and some Western countries hope that they will always be at the center of global development, and China and other developing countries should work for their national interests, providing them with cheap goods, raw materials and markets, and solidifying this pattern of interests. It is fine to think about it this way. Protecting some of their own interests without causing conflicts can also be tolerated. But it is malicious to take tough measures to suppress the ability of developing countries, and to tell large countries like China that "you deserve to be poor."

This kind of malicious policy cannot be followed up in a broad and lasting way in the 21st century. We hope the US ruling team can see clearly the general trend, stop talking about human rights when it is trying to deprive the sacred rights of 1.4 billion Chinese people. Many Chinese people believe that the US wants to contain China's development. Isn't that Washington's biggest goal? At last, we have to say that such evil is doomed to failure in the 21st century.