China has always put people’s lives as the top priority in the sudden outbreak of the novel coronavirus, trying its best to improve the cure rate and lower mortality to save the life of every patient. Many Chinese people lost their lives due to the major pandemic, which placed the nation into a deep lament.

The numbers of infections and deaths are always transparent and open in China, and every case can be traced. However, some US politicians, in an attempt to hide their own inability to control the pandemic, have repeatedly pointed fingers at China with political delusion, saying the country covered up infection and death numbers, and “the most in the world has to be China.” What it shows is not ignorance, but vicious calculations to frame China.

Saving lives is of paramount importance, and that’s a conviction always held by the Chinese government and people during the pandemic response. Giving play to its institutional advantages, China pulled concerted strength from across the country, with many places hitting the “brake pedal” for social and economic development.

To save lives, the populous Hubei Province, with nearly 60 million people, locked its transportation channels and its capital Wuhan, where over 10 million people live, reacted with a city-wide lockdown. 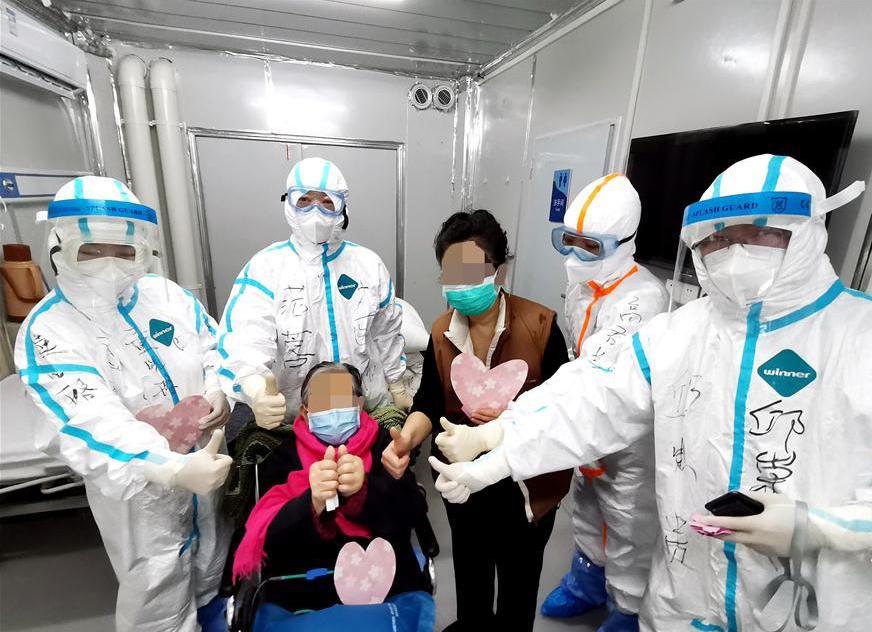 To save lives, over 42,000 medical staff went to Hubei for assistance in hundreds of teams, while the best medical resources and top respiratory and infectious disease experts gathered in Wuhan. Besides, millions of Chinese also stood out to protect Wuhan and Hubei in various ways.

To save lives, Wuhan launched a “blanket search” for more than 4.2 million households, vowing to leave no one behind and admit and treat all confirmed and suspected patients.

To save lives, China adopted individualized treatment plans for all COVID-19 patients in severe and critical conditions, and the treatment expenses, which averaged 150,000 yuan ($21,239) per patient and even reached over a million yuan for some critical patients, are all shouldered by insurance companies and the government.

“I have never seen in my life this kind of mobilization,” said WHO Director-General Tedros Adhanom Ghebreyesus.

Even Western media refuted the US politicians who accused China of hiding infection and death numbers. The whole process of China’s pandemic response is open. Since January, the country has published the numbers of confirmed cases, deaths, suspected cases, close contacts and people under medical observation on a daily basis. A total of over 3,000 press conferences have been held at national and provincial levels where government officials, medical staff, experts and recovered patients directly answered questions.

After strenuous efforts of the nation, decisive results have been achieved in protecting the province of Hubei and the city of Wuhan, and the whole nation has also made huge progress in preventing and controlling the disease.

Senior advisor to WHO Director-General Bruce Aylward said China didn’t hide its data, which can be proved by multiple investigations conducted by WHO missions to China.

During the initial phase of the COVID-19 epidemic, some statistics released by China were delayed, missed, misinformed, or overlapped because of the insufficient hospital capacity and the belated docking between a few medical institutions and the disease control and prevention information system, as well as the overload of hospitals and medical workers. However, the statistical work has always been advanced, and Wuhan had timely revised its data and published the results. Such practices are being responsible towards history, the people and the deceased.

However, after China revised Wuhan’s statistics on April 17, some US politicians became hysterical, ridiculously saying China’s statistics are not believable and more revision should be made to other Chinese cities. It seems like they hoped more Chinese people had died, which revealed their ill and crude political mentality.

Even US internet users can’t tolerate their practices. They questioned whether the pandemic was a race between death numbers, saying only crazy and anti-humanity people would do this.

The WHO has always requested countries to timely revise their statistics in order to have a better grasp of the situation and make predictions more precise. The statistical revision is a professional and universal act of being responsible to the international society, which also proves China’s openness, transparency and sense of responsibility.

China is not the only country revising statistics, and the US is also doing so. What made the US politicians focus on China? The answer is clear – their typical American arrogance and conceited ideology. They say that countries are lying if the latter have done anything better than the US, and they still declare so even if they know the facts, because they “must” cook up stories to achieve political goals.

American media outlets have seen through such plots. The New York Times found that total deaths in seven states that have been hit hard by the coronavirus pandemic were nearly 50 percent higher than normal for the five weeks from March 8 through April 11, and it’s difficult to know whether the differences between excess deaths and the official counts of coronavirus deaths reflect an undercounting of coronavirus deaths or a surge in deaths from other causes.

An investigation done by American Broadcasting Company pointed out that the real H1N1 statistics of the US in 2009 and 2010 were fifteenfold larger than the official numbers based on the analysis by the US Centers for Disease Control and Prevention.

China’s sacrifices and efforts, as well as achievements and contribution are seen by all. US politicians shall understand that assumptions are not facts, and smears can never wipe out the truth. Troublemaking on China’s statistics will not work or help relieve the pandemic. On the contrary, it is self-deception and the butt of a joke.