Politicization of Olympics bound to fail 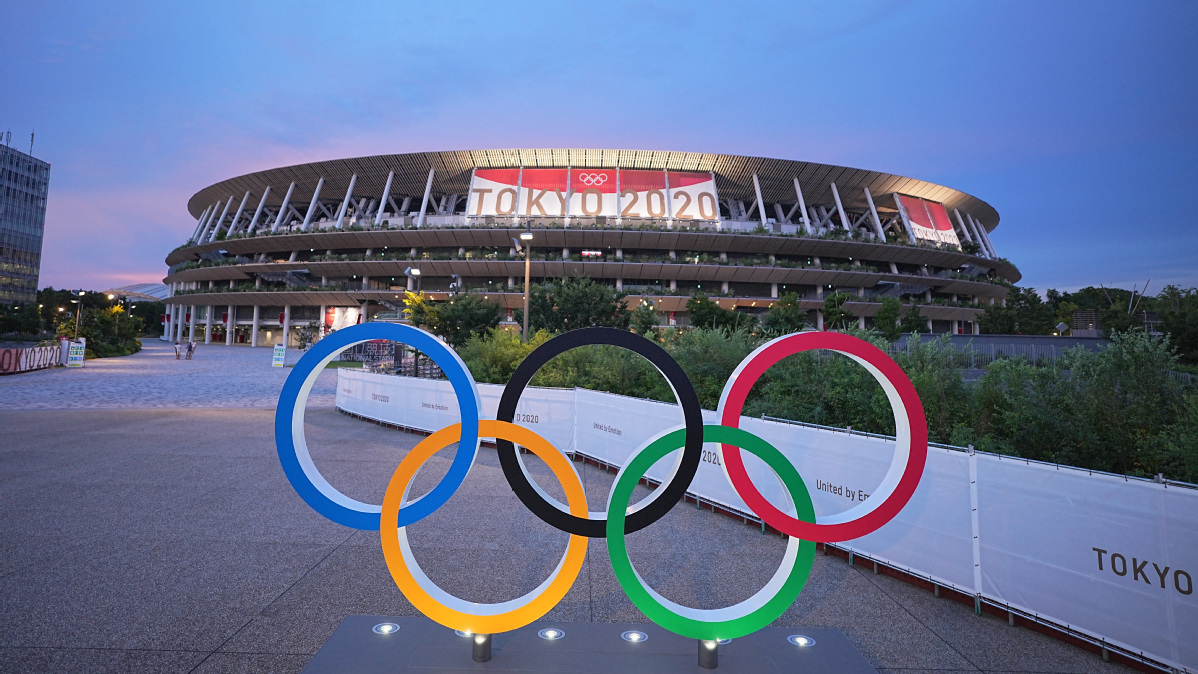 General view of the Olympic Rings outside the Olympic Stadium, the main venue of the Tokyo 2020. (Photo: IC)

I never had any photos of movie stars on my bedroom wall while growing up in the early years of the new millennium. Instead, I decorated my wall with the posters of Olympic champions like Guo Jingjing and Lin Dan, because I considered the modern Olympics a way to showcase "a life based on the joy found in fair competitions and respect for universal fundamental and ethical principles." But now it is sad to see the Olympics have become an arena for Western politicians and media to assault China, which goes against the tenet of the worldwide games.

The US government is to blame for this state of affairs. On July 27 2021, several US senators issued a provocative appeal to boycott the Winter Olympics to be held in Beijing. Such an untimely political practice stands as an insult to the Olympic tradition, which entails bringing all countries together for peaceful competitions. Worse still, without any substantive proof, China has been repeatedly accused of brutalizing its people by the US and its allies for the sake of obstructing the 2022 Winter Olympics. Such allegations, such as China committing genocide against ethnic minorities, cannot stand the test of time.

The Western media also deserves some blame. On July 29, during a news conference for the Chinese women's 800m freestyle, an American journalist deliberately asked "whether the team had received the doping test" and "how often did they take it". He intended to ascribe the success of Chinese athletes to doping. In truth, throughout Olympic history, the only team which has excessively relied on doping comes from America. According to data from the World Anti-Doping Agency, in 2015, 402 out of 653 American athletes had been granted "drug immunity"; in other words, nearly 60 percent of American athletes were publicly allowed to dope. So, I suppose, this American journalist assumed there was no chance for the Chinese team to beat the doped-up Americans without jumping on the drug bandwagon.

What's worse, the political approach used by Western media has become excessive, since they even targeted a 14-year-old Chinese Olympic champion. On Aug 5, News.com.au, an outlet under the Australian News Group, reported that "China's Quan Hongchan, who was at the top of her competition, has not cracked a smile despite her impeccable performance." Seriously? Simply judging from a few pictures taken before the release of the results? How can the press turn its back on the video clearly showing the joy Quan expressed after she heard the final results? More ironically, the article was titled "Teen ‘devastated' after perfect dive" to cast Chinese athletes as robotic and emotionless products of China's "terrible" system.

Criticizing Chinese athletes as lacking sportsmanship to gloss over their own ambition is the American way -- after all, the real American Olympic spirit is to win at all costs. On July 30, in the 4×400 mixed-gender relay, the American team was disqualified for passing the baton outside the designated zone on their first exchange. However, after filing a complaint accusing a referee of placing their athlete in the wrong position, the American team not only won the appeal but also directly advanced to the final without a replay. This has made a mockery of Olympic principles.

The politicization of the Olympic games is bound to fail. No matter what Western politicians and media say or do, Chinese athletes will always stay true to their original aspirations, learn from other great athletes and bring out the best in themselves on the international stage. From Liu Changchun to Quan Hongchan, Chinese athletes have come a long way to play in the Olympics, but what remains unchanged is the spirit that nothing can stop them from progressing to the next level.

As a 20-year-old Chinese, I can no longer watch the Olympics in good faith when it is overwhelmed by hostile Western politicians and journalists. But I still hope that in the future the Olympic Games will return to their foundation. As the fifth President of the International Olympic Committee Avery Brundage said, "the Olympic games belong to the athletes and not to the politicians".

The author is from Chengdu Normal University.