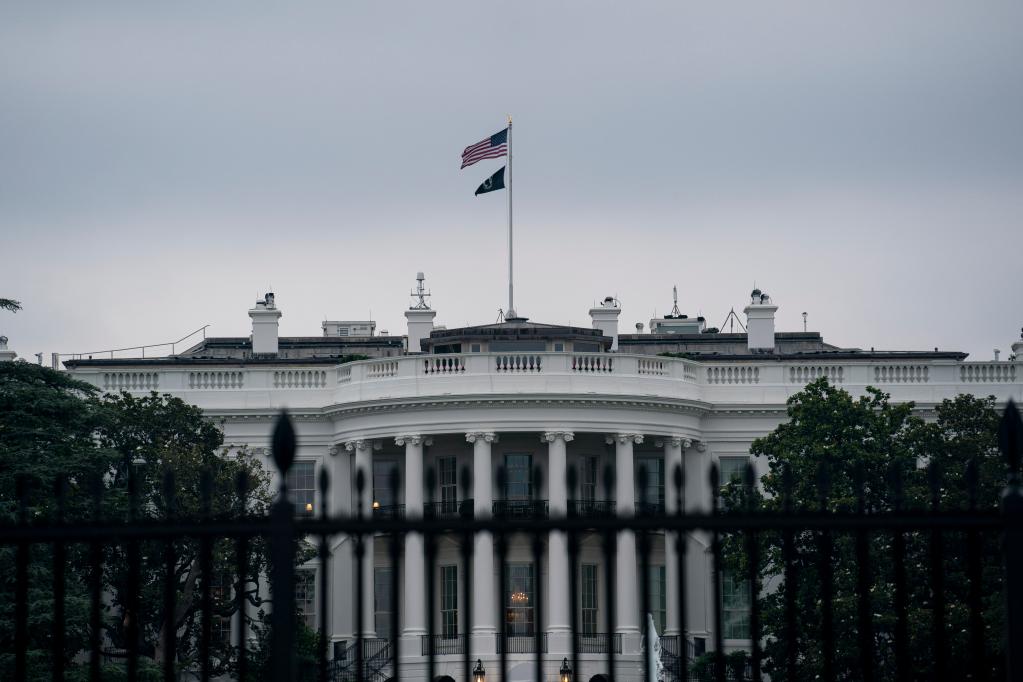 BEIJING, Aug. 1 (Xinhua) - An advisory group on COVID-19 origins tracing recently compiled a preliminary report, in which it rehashed the so-called "lab leak theory" without presenting even a shred of credible evidence.

Authored by the Scientific Advisory Group for the Origins of Novel Pathogens (SAGO), the report stands as another grievous departure from the ethics of science and a fresh episode to politicize what ought to be a serious scientific quest.

Since the outbreak of the pandemic, the U.S. government, grilled by simmering popular grievances over its botched response, has been maneuvering to play victim, and to scapegoat and smear China by alleging the COVID-19 virus originated from a Wuhan lab.

To make room for such a preposterous narrative, Washington pressured scientists and muted professional voices. In an outright mockery of the spirit of science, the White House last year even preposterously ordered its intelligence agencies to probe the origins of the virus. 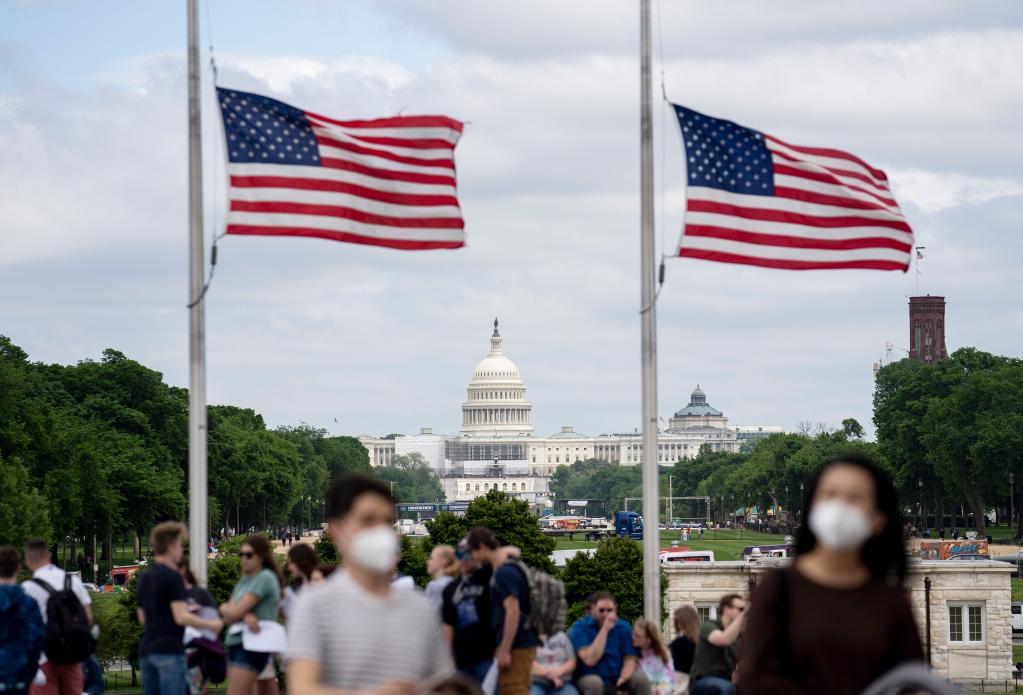 U.S. national flags fly at half-staff at the Washington Monument to mourn 1 million American lives lost to COVID-19 in Washington, D.C., the United States, on May 12, 2022. (Photo: Xinhua)

In fact, a China-WHO joint study report released in March last year has unambiguously stated that a lab leak of COVID-19 is "extremely unlikely." This conclusion was based on the field studies in Wuhan by experts from many countries, and has earned full recognition by WHO experts.

The SAGO report is a total disappointment. It has failed to honor scientific integrity, and yielded to Washington's political pressure and manipulation.

While the group, formed by the World Health Organization (WHO), tries to press a case for the lab leak scenario, it has neither smoking gun nor consensus even among its own experts. The panel admitted in the report that "there has not been any new data" to support the laboratory hypothesis.

"I want to have something much more solid than just a hypothesis," Carlos Morel, a Brazilian parasitologist and a panelist who voiced dissent, was quoted as saying on the Science magazine website. "If you don't have evidence, why should I discuss it?"

The Lancet journal also detailed in a recent article experts' mixed response to the preliminary report. David Robertson, head of viral genomics and bioinformatics at the University of Glasgow in Scotland, said that the group having been "distracted by baseless theories such as a hypothetical lab incident, for which there remains no evidence, is disappointing."

The fact that this SAGO report unfairly targets China without sufficient discussion about origins tracing at multiple locations worldwide is also an obvious proof of its politicized nature. 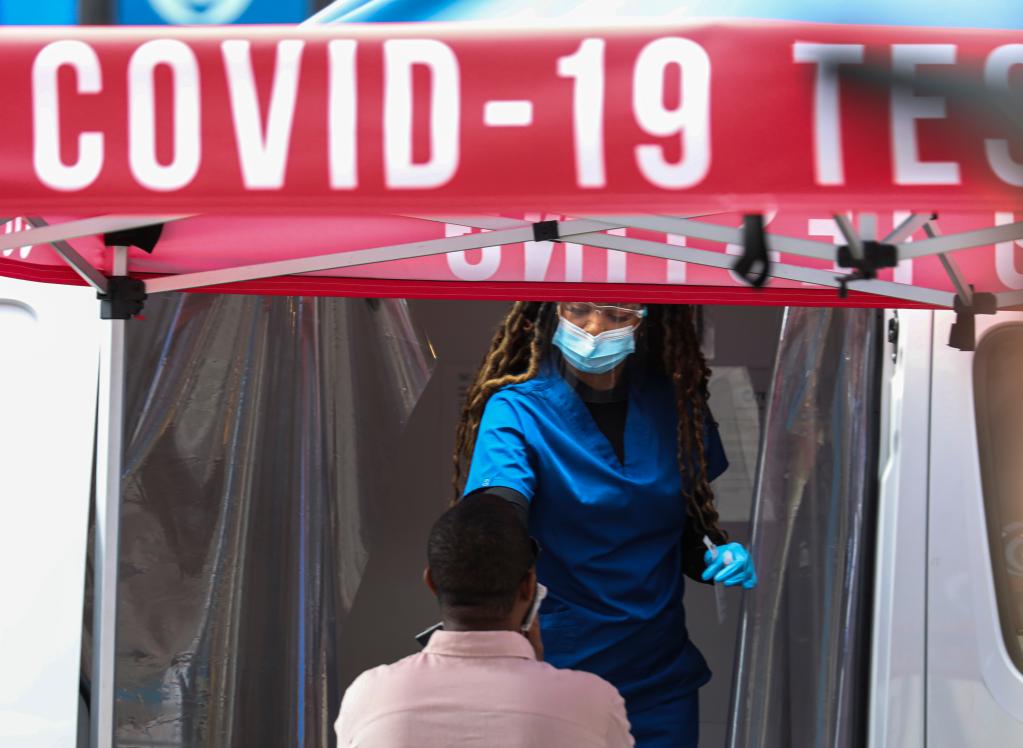 A medical worker collects a swab sample from a man at a COVID-19 testing site on Times Square in New York, the United States, May 17, 2022. (Photo: Xinhua)

According to virological studies, traces of the virus emerged before the officially registered initial infections in a number of places around the world. In the United States, for example, footprints of the coronavirus in biological and environmental samples were found as early as the end of 2019. Also, a blood sample collected from American white-tailed deer in 2019 turned out to be positive in antibody tests for COVID-19 infection.

Washington has yet to give convincing answers to such crucial questions as when exactly the disease first broke out within the U.S. borders. Studies have suggested that early U.S. cases may have been largely undercounted and mistaken for flu. Doubts remain over the respiratory diseases of unknown cause in Virginia, the large-scale EVALI outbreak in Wisconsin, the unexplained pneumonia outbreaks in two retirement communities near the Fort Detrick base in July 2019, and vaping-related lung illness cases that doubled in Maryland in September 2019, among others.

While the United States is a "prime suspect" of the virus' early spread, it has also been the de facto "superspreader" for the global pandemic. The country is home to many of the world's top-class medical facilities, scientists and professionals, yet it has tallied the world's highest caseload and death toll. And it continues to respond to the pandemic with inaction and indifference.

A latest report by the American Academy of Pediatrics and the Children's Hospital Association found that over 14 million children in the United States have tested positive for COVID-19 since the start of the pandemic and approximately 6.1 million cases have been reported in 2022.

And in SAGO's own logic, the United States should be the prime target for investigation. In recent years, security problems with U.S.-funded biolabs worldwide and their suspicious bio-military activities have stirred mounting public concern. The U.S. Department of Defense funded 336 laboratories in about 30 countries to conduct experiments with bat coronavirus samples and other studies, according to publicly available data. 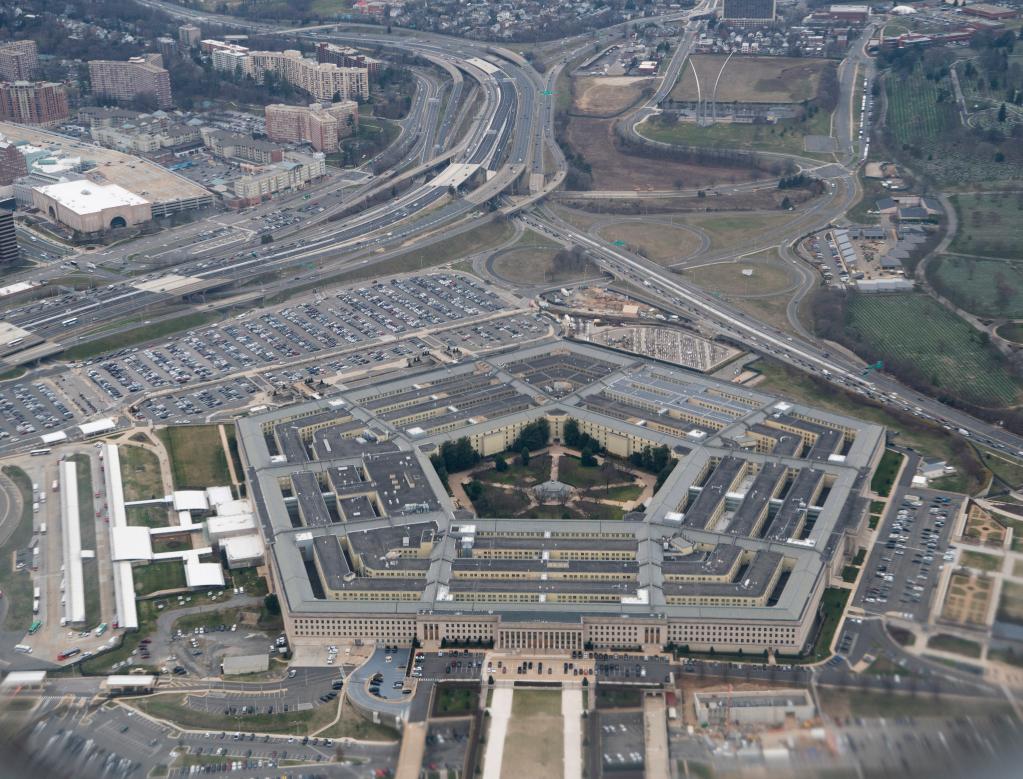 Take Fort Detrick, where the U.S. Army Medical Research Institute of Infectious Diseases is located. It has inherited the devilish legacy of Unit 731 of the Imperial Japanese Army, and has kept in its storage many infectious pathogen samples.

And back in 2014, Waverley View Investors LLC sued the U.S. Army for loopholes in Fort Detrick's disposal of toxic waste, which caused the levels of trichloroethylene in the area to be 42 times as high as the federal standard. In February 2015, 106 families and individuals from Frederic County of Maryland filed a class action lawsuit against Fort Detrick for harm and death caused by exposure to hazardous materials from Fort Detrick and asked for 750 million U.S. dollars in compensation. However, the U.S. government and army have consistently denied any wrongdoing.

Meanwhile, new epidemics like the mysterious child hepatitis and monkeypox are hitting some European countries and the United States. SAGO claims that it intends to better understand the "origins of emerging and re-emerging future epidemics/pandemics." So, why not investigate the United States?

In an open, transparent and responsible manner, China has kept its doors open to international health experts and offered full support for the work of the WHO. China is by far the only country that has invited more than once WHO expert groups for joint SARS-CoV-2 origins study.

China has also shared more data and research findings on SARS-CoV-2 origins study than any other country. It is the only country that has shared multiple times research progress on origins-tracing with the WHO.

Origins tracing should be scientific in nature. A truly unbiased investigation must let science reign and clues lead the way. Apparently, this highly-politicized report manipulated by Washington can in no way stand the scrutiny of science and history.