While China offers help and support to countries affected by the novel coronavirus (COVID-19) pandemic, some have attempted to politicize China's assistance, following concerns over the quality of some Chinese-made equipment. 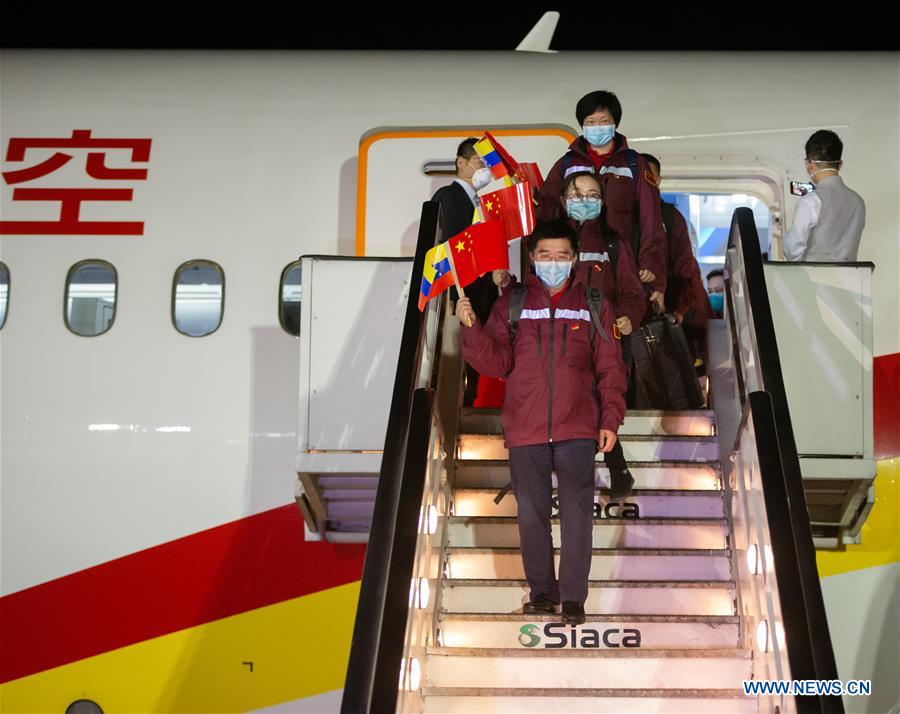 For instance, testing kits made in China have faced claims that they are inaccurate, in countries such as the Czech Republic and Spain.

In the case of the Czech Republic, some media reports claimed that the inaccuracy rates of rapid testing kits from China were 80 percent. This claim was quickly refuted by the Czech Minister of Interior, who said the problem may have been due to "improper use" by some Czech officials.

The issue of “inaccuracy” was also hyped up in Spain, where reports claimed the accuracy rate of some of the 55,000 testing kits purchased from China was only 30 percent, and that the Spanish government had rejected this equipment.

The Spanish government had purchased the testing kits in question from a company called Shenzhen Bioeasy Biotechnology. However, the Chinese Embassy in Spain said that the company had not been approved by Chinese authorities and was not included on a list of suppliers the Chinese Ministry of Commerce provided to Spain.

On March 29, a plane landed in New York carrying medical supplies from Shanghai. With the U.S. currently being hit hard by the COVID-19 pandemic, these badly needed materials had come just in time.

Surprisingly, certain people in the U.S. took to Twitter to say that China, where COVID-19 first broke out, was attempting to portray itself as a savior, and that it was seeking to profit from the global shortage of medical supplies.

On March 29, the first batch of 100 tons of medical supplies arrived in France, with more similar shipments to follow as China continues to help the country with its fight against COVID-19.

However, one French media outlet said that Beijing, eager to showcase its strength after claiming victory in the COVID-19 crisis, was targeting Europe in its bid to “save the world”. In a recent blog, EU foreign policy chief Josep Borrell even labeled China’s foreign assistance as the “politics of generosity”.

It’s unreasonable to call foreign assistance “political generosity”. When the EU assisted China in its fight against COVID-19, no one said the medical supplies were intended to expand EU influence in China.

To be honest, the accusations and attacks from Western media against China are not unusual. Certain people will always find fault with whatever China does. The COVID-19 pandemic has exposed the unhealthy mindset of certain people in the West, who just can’t accept the fact that China has prevailed over the virus while their own country has become a virus battlefield.

Others want to pass the buck to China while turning a blind eye to the inability of their own country to prevent and control the COVID-19 pandemic.

Assistance from China is the basic responsibility of a major country and is nothing more than a humanitarian response. Actions speak louder than words, especially at this critical moment. Smearing China only weakens the global efforts against COVID-19, and taking concrete actions to solve the very real problems facing the world is the only right choice.