OPINIONS Politics should stay away from World Cup

Politics should stay away from World Cup 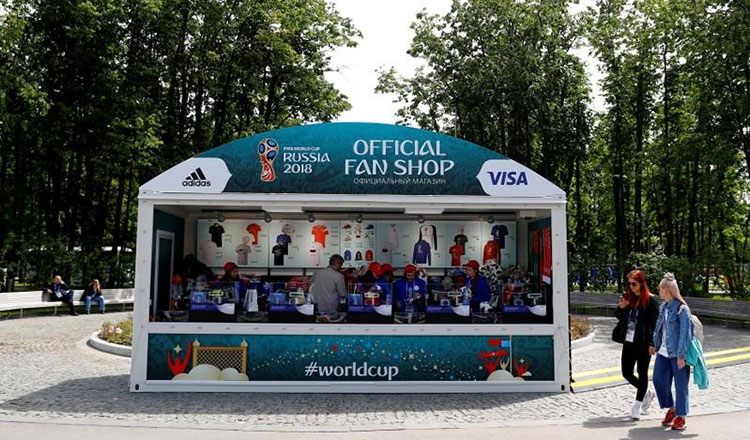 The 2018 FIFA World Cup - a carnival for worldwide fans - kicked off Thursday night at Luzhniki Stadium in Moscow. For one month, not only will Russia become a center of celebrations, but countless cities in other parts of the world will be immersed in festival mood.

Some Western countries have failed in politicizing the event. Without solid evidence, they accused Moscow of poisoning a former Russian spy who had settled in the UK. London took the lead in slapping sanctions by expelling Russian diplomats and announcing that it will not send officials to participate in events related to the World Cup in Russia.

The bid to politicize the World Cup did not draw popular support. In the beginning, some politicians in the UK even suggested that the England team pull out of the competition, which was protested by local people. Officials boycotting Russia are only in a minority. According to official Russian reports, leaders of more than 20 countries, including Chinese President Xi Jinping's special envoy and Vice Premier Sun Chunlan, planned to attend the opening ceremony.

As the day approaches, a majority of the public has been focusing on predicting game results. The European Parliament declared that it would hold a resolution on the human rights situation in Russia on Thursday. The move, incompatible as it is with the mood of pageantry in the soccer world, was ignored.

Ticket sales for this World Cup picked up very well. Eighty percent of tickets had been sold by May. According to FIFA's latest data, among the 2.4 million tickets sold, 40,000 went to Chinese fans, more than those purchased by people from participating countries such as Spain and England. Chinese sponsors for this World Cup total seven, the most ever. A survey showed that 87 percent of respondents in China said they would watch the live telecast. Smart Chinese businesses are ready to make a small fortune from the event.

Politicizing and stoking confrontation because of a specific controversy draws yawns. International conflicts are dwindling and peace is coming back. A stable society, better life, increasing happiness and wonderful things have become universal social values. The one trying to spoil it will be embarrassed.

British Foreign Secretary Boris Johnson has compared the Russian World Cup to the 1936 Olympics hosted by Nazi Germany. Except showing London's displeasure, the comparison does little to recognize the momentous event.

Western sanctions have damaged the Russian economy but failed to cripple it.

The Russian economy has weathered the most difficult time and has shown an uptick. More importantly, sanctions and suppression didn't destroy the will and solidarity of Russian society, and Putin's popularity ratings reached a new high in the recent general election.

Pluralism is one of the concepts promoted by the World Cup. The West needs to learn to respect Russia. Western governments constantly lash out at Russia, one of the civilizations closest to the West.

We are embracing a relaxed and eventful World Cup season. Western politicians addicted to geopolitical strife need to learn to hold back.