OPINIONS Pompeo is poison that Asian countries should guard against

Pompeo is poison that Asian countries should guard against 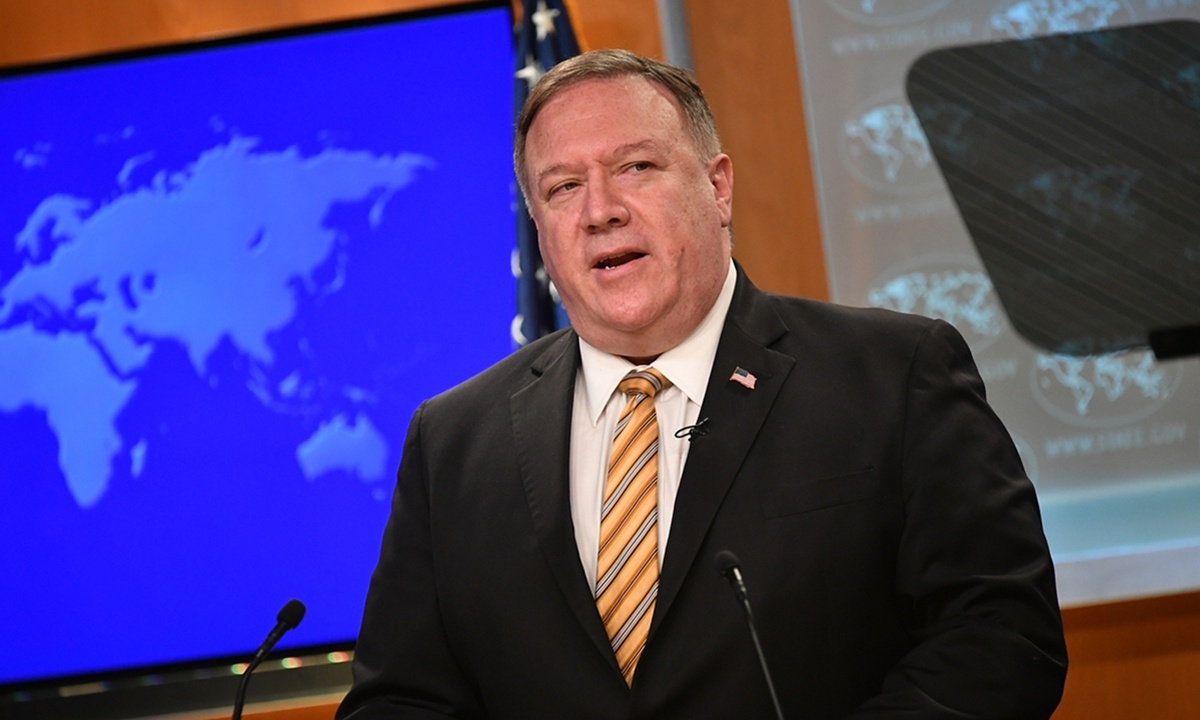 US Secretary of State Mike Pompeo concluded his Asia tour after completing his surprise trip to Vietnam. Vietnam and China have maritime territorial disputes, but China is Vietnam's largest trading partner and both are socialist countries. China-Vietnam relations are strong, important and subtle.

Pompeo scolded China during his trip, but he seemed to be some kind of restraint in Vietnam. Before he boarded the returning airplane, there was no reports about him talking about China on either Vietnamese or Western media. He only said, "We have enormous respect for the Vietnamese people and your country's sovereignty," as if he was hinting at something. Some media outlets also quoted his empty words about constructing regional security, peace and prosperity. It seems Vietnam has put some pressure on Pompeo to not take Vietnam as another stage to attack China.

Pompeo hoped that the five Asian countries he visited can follow the US in confronting China. But as The Jakarta Post reported on Tuesday, this is "an impossible mission." Pompeo not only attacked China but also bullied some small nations during his trip. At joint press conferences, he often tried to create the impression that these countries share the US' attitude on China. However, people have noticed the difference between Pompeo's statements and those of the host countries, and how these countries tried to clarify their position during or after Pompeo's speeches.

Many regard Pompeo's tour as his farewell trip. If the Republican party loses the upcoming presidential election, then many things Pompeo negotiated or signed during his trip will have to be reassessed. Even if Donald Trump is reelected, Pompeo is also likely to be replaced.

In Sri Lanka, Pompeo accused China of being a "predator" and said the US is Sri Lanka's "friend" and "partner." This was the main theme of his visit. But is there any country that doesn't want to have more friends? How annoying it is when a person walks over and says that your friend is a bad person you need to guard against! How could the US secretary of state have such a low EQ?

The Maldives established diplomatic relations with the US in 1966. But the US has just announced it would be establishing an embassy there. Since 2004, no US secretary of state had visited the Maldives until Pompeo's recent trip after a hiatus of 16 years. How can Pompeo condemn China, the biggest investor and source of tourists for the Maldives, on the island nation? The Maldivian people understand that if it were not because of the development of China-Maldives relations, Pompeo would not have visited the island nation or promised to open an embassy.

The Indonesia-claimed exclusive economic zone near the Natuna Islands overlaps with China's maritime claims, but the two sides have successfully managed their disputes. However, Pompeo made an issue of the dispute, trying to make Indonesia a frontline against China on the South China Sea issue. Pompeo is humiliating the political wisdom of Indonesians, thinking that a few words can mislead Jakarta over where its national interest is.

Vietnam and China have comparatively the most maritime disputes. But Vietnam is a land neighbor that has close exchanges and relations with China in various areas. Pompeo in recent years launched scathing attacks on the Communist Party of China, portraying the CPC as tyrannical. Vietnam is under the leadership of the Communist Party of Vietnam. The US approach against socialist China also poses long-term threats to socialist Vietnam. Vietnam should strike a balance between developing a comprehensive strategic cooperative partnership with China and handling territorial disputes.

Pompeo is a typical spoiler, and what Asia needs now is construction. There are disputes across Asia, but there is no reason to let any dispute dominate the region. Pompeo wants himself to be the reason. He has become poison in the area. Normally, no one wants to drink poison. Pompeo has come and left, and these Asian countries will carefully put the memory of him as poison in the corner of the house.