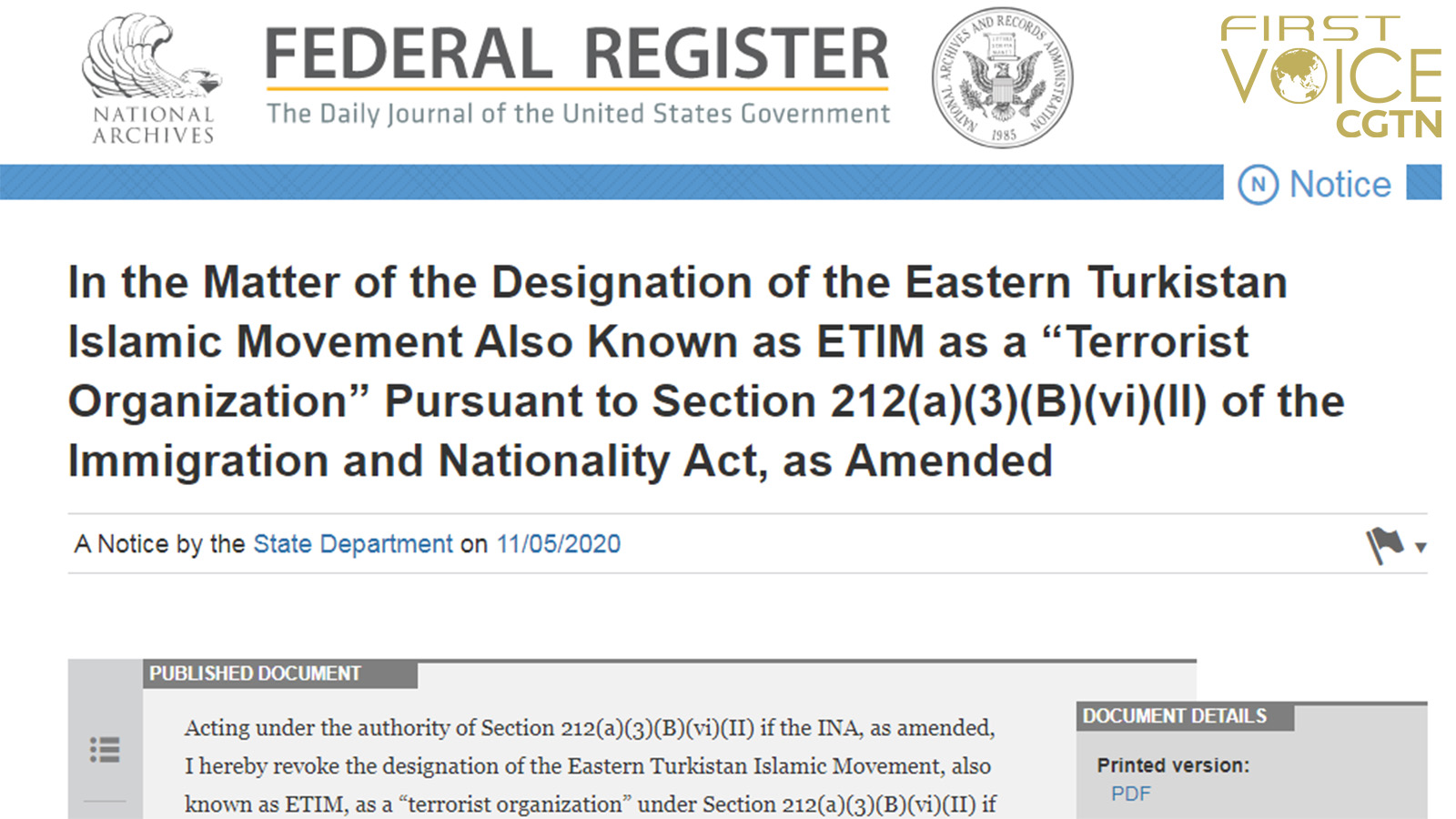 Whilst the world is distracted by the ongoing drama and controversy of the U.S. presidential election, the U.S. Secretary of State Mike Pompeo made a very quiet but sinister move. In a published memo, the State Department delisted the "Eastern Turkistan Islamic Movement" (ETIM), a jihadist organization emerging in China's Xinjiang Uygur Autonomous Region that has posed threats to China, as a terrorist group.

Despite the group being designated as such around the world, being active alongside Jihadist groups in the Syrian civil war and having over 200 acts of documented terrorist acts, apparently the label is no longer worthy to be applied by Washington, marking a clear attempt to encourage and promote unrest and separatism in Xinjiang.

This is a callous and opportunistic act by Pompeo. It might be described simultaneously as an act that uses feature news to bury a controversial decision, while seeking to affirm his legacy as a potential last act of spite against Beijing.

Either way, the move shows the inherent subjectivity and opportunism vested in the designation of the term "terrorist" by Washington. The term is weighted solely upon America's geopolitical preferences, and it has often been a mere question of who the U.S. likes or dislikes.

What is "terrorism?" If one is to attempt to pin it to a single definition, it is broadly understood as the usage of violence by sub-state actors, often against civilian targets, in order to pursue political goals. Despite seemingly clear, this of course has not stopped subsequent controversy on what constitutes "terrorism" and what does not, especially as the term has developed an emotional gravity and discourse in itself which carries many assumptions. In addition, it is problematic that the term is usually weighted in accordance with the political preference and priorities of those who apply its description, and the United States is without question the most notorious country for doing so in a purely opportunistic way. 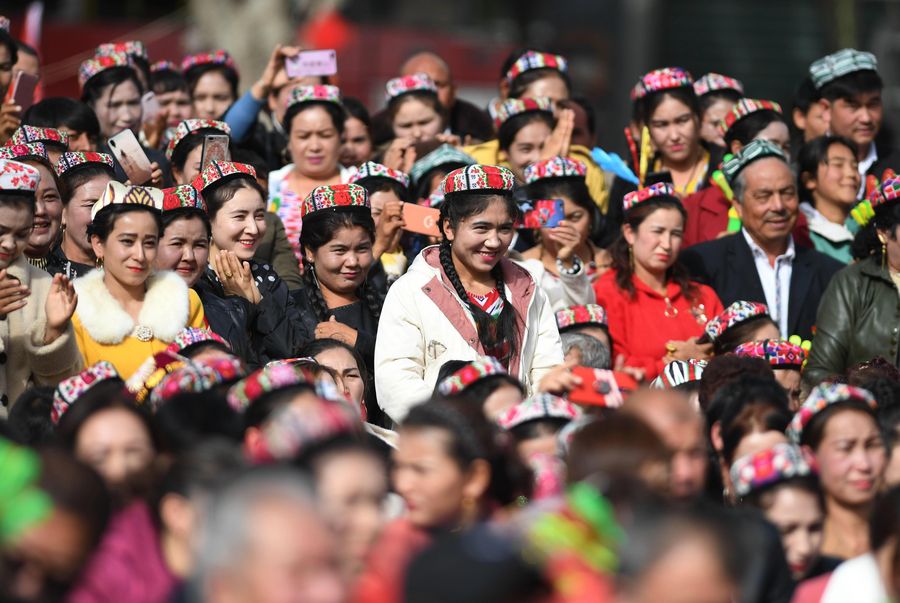 For example, the U.S. maintains a "State Sponsors of Terrorism" list. On this list are not countries who are objectively associated with terrorism, but more so certain countries the U.S. is not fond of. In determining this label, the U.S. has a habit of penalizing insurgency groups it does not like as terrorists while promoting others to push its geopolitical goals.

Whilst Pompeo is now saying that the ETIM is not a terrorist group, he is going around the world demanding that other countries list the Iran-affiliated Hezbollah as such and denounce Iran as a state which promotes terrorism, pointing to its actions in Syria. This only reveals the subjectivity of it as ETIM itself is active in Syria too and has been affiliated with multiple Jihadist movements there.

However, this does not quell the argument – is the ETIM a terrorist group or is it merely China's preference to call it such?

The ETIM is linked to Al-Qaeda and openly proclaims it as an ally, an organization where there is much more consensus on its constitution of "terrorism." The group has been documented to have been associated with over 200 attacks on civilian targets in Xinjiang, which have caused hundreds of deaths.

The United States, after all, considered ETIM as a terrorist organization for 18 years; the EU and many more countries still list it as such. Given this, it is obvious that the subtle U-turn of nearly two decades of policy by Pompeo is an open attempt to stifle international cooperation against terrorism with China, continue to weaponize the Xinjiang issue and send out a message that insurgency and insurrection in the region is fair game, using the cover of the election as a means of doing it quietly.

As Pompeo prepares to potentially depart office, this is a tasteless and spiteful last legacy which plays on a longstanding abuse of the term "terrorist" for political gain by Washington elites. America does not want "freedom" for Xinjiang, it wants chaos, with some clearly aspiring to transform the region into another Afghanistan.