OPINIONS Pompeo's loyalty to his boss betrays the nation's interests

Pompeo's loyalty to his boss betrays the nation's interests 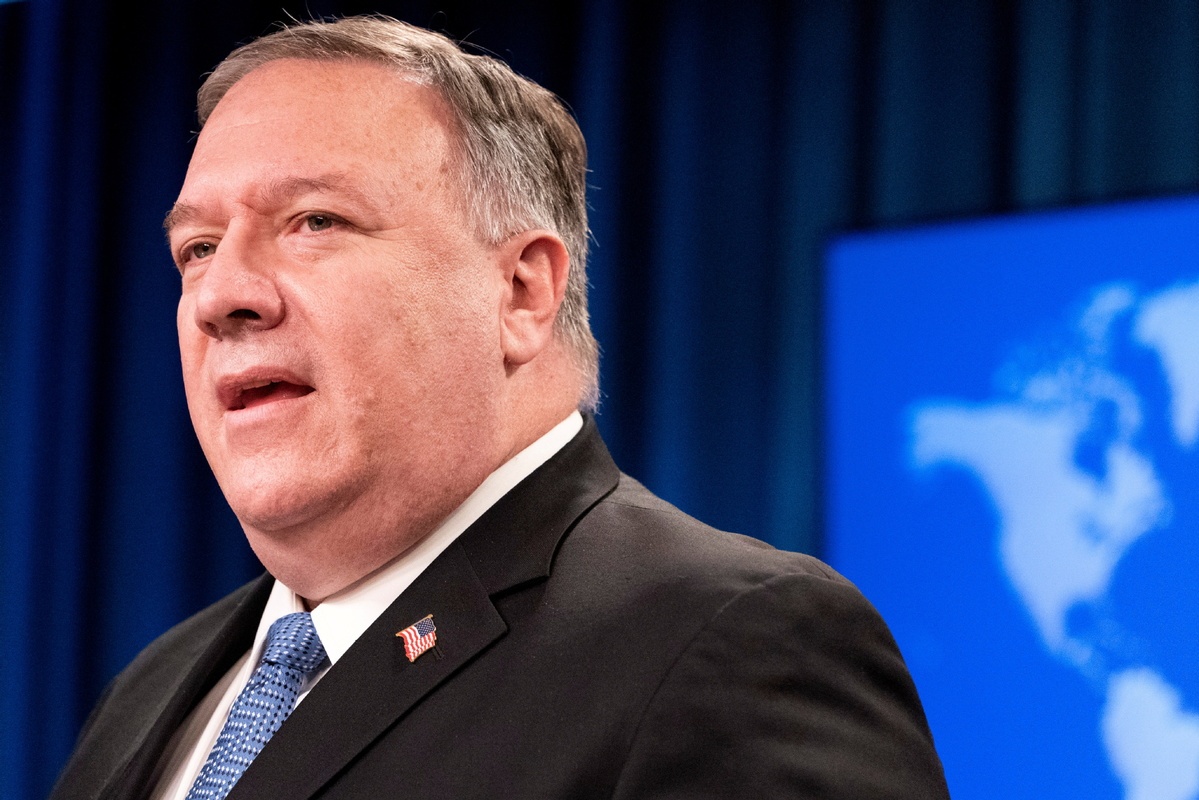 US Secretary of State Mike Pompeo speaks during a media briefing at the State Department in Washington, on Nov 10, 2020. [Photo/Agencies]

China was the catchword in the media reports on US Secretary of State Mike Pompeo's speech at the Georgia Institute of Technology in Atlanta on Wednesday, ahead of the two critical run-off races in Georgia that will determine whether the Republicans will continue to hold a majority in the Senate.

The purpose of the speech was evident. But the tactics Pompeo applied not only failed to achieve that purpose but also laid bare that, before he leaves office, the head of the State Department has already come to the end of his wit.

Harping on the same old fear-mongering chord he has struck throughout his tenure as secretary of state, Pompeo sought to mislead his listeners into believing that only by adhering to the incumbent administration's policies aimed at containing China can its successor protect the United States from the threat it alleges China poses to the country.

His all-too familiar the-enemy-is-at-the-gate preaching offered little meat on the bone. China lies, China cheats, China steals, there was nothing we haven't heard before from him, except for one little morsel that escaped his lips, the acknowledgment that Washington turned its sights on China for it not being willing to be at the US' beck and call.

In the interaction between the two countries over the past more than 40 years, it is the US that has been the setter of the rules that China has been expected to follow; and the one that has run roughshod over them.

The administration has left no stones unturned in trying to let the US hitch a ride on China's rise with the purpose of hijacking it — its attempt to break and enter TikTok being a case in point.

Despite Pompeo's allegations of Chinese wrongdoing, companies from the US and other developed countries still flock to China. Not only for its superb manufacturing base, its rising research and design capabilities and promising market, but also because of their awareness that Pompeo's accusations don't hold much water. China has remained one of the most popular destinations for foreign investment in the world for years, and the continued improvement of its business environment has been recognized by the international community.

This has been endorsed by many US companies, including almost all the major players in various industries, which in open letters to the administration have implored it to change its approach toward China.

That China's exports to the US increased 6.9 percent in the first 11 months of this year and US exports to China grew 7.2 percent during the same period has further driven home how unrealistic it is for the US administration to try to decouple the world's two largest economies. As well as how politically driven its smearing of China is.