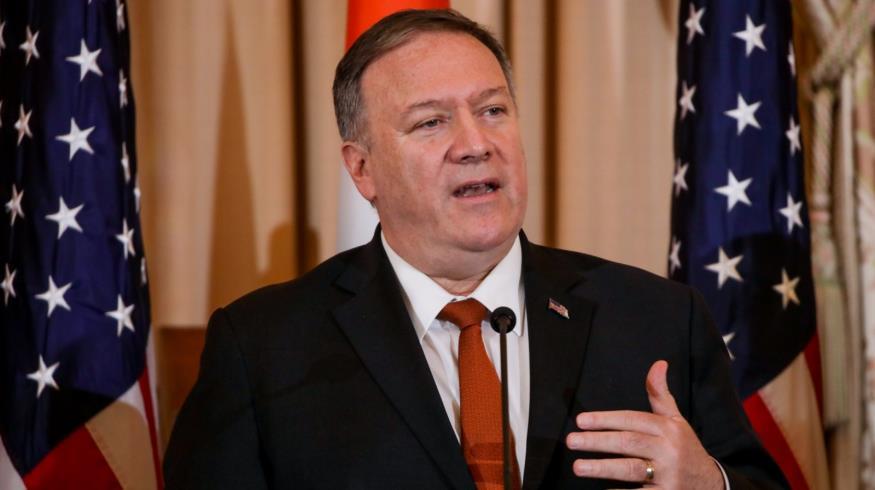 Traditional Chinese diplomacy emphasizes restraint. So the country doesn't generally name names even while delivering messages of discontent, unless something has gone so wrong that it is deemed utterly unacceptable.

That is why so frequently we hear spokespersons of the Foreign Ministry resorting to expressions such as "a certain country", or "some people" even when everyone knows to whom they are referring.

Yet Mike Pompeo, who keeps escalating what to Beijing are offensive moves targeted at hedging its global outreach initiatives, has obviously become an exception lately.

Of course the United States secretary of state isn't doing it on his own, and it is not fair to heap all the blame on him alone. But considering the repeated attacks on China by the top diplomat of the US, Beijing has every reason to feel offended.

Still, rather than being disturbed by Pompeo's persistent provocative badmouthing, Beijing can rest assured that the present-day US campaign he spearheads won't work out as he and his hawkish supporters wish. Two of Pompeo's outstanding imperatives now appear to be keeping allies from embracing Huawei, the Chinese telecommunications equipment provider, and African countries from cooperating with China. But neither looks within reach.

The lobbying for excluding Huawei has been difficult. Unless US allies and partners wholeheartedly subscribe to Washington's ideologically-charged campaign against a private Chinese company, there is no decent excuse to exclude the latter from fair play in a free market. The US president himself just acknowledged national security as a pretext has been abusively used in his remarks on sales of General Electric aircraft engines to China.

And Pompeo must know his argument for African nations to steer clear of Beijing and embrace Washington is just as hard a sell. On his just-concluded trip to three African nations, while offering no substantive development assistance initiatives, the top US diplomat called on his hosts to stay away from those offered by China.

Africans know who comes to their continent with empty promises, and who is making changes across Africa with badly needed infrastructure from airports to railways to hospitals.

Pompeo knew when he landed in Addis Ababa who had helped expand the airport, and when he visited the headquarters of the African Union who had helped build the building where he was received.

While Pompeo told his African audience US investments — if they do materialize — have "no political objectives", many have made the embarrassing observation that the current US administration's outreach to Africa is simply preoccupied with countering alleged Chinese and Russian "influences".