Pompeo's move in Houston marks a new low in US diplomacy 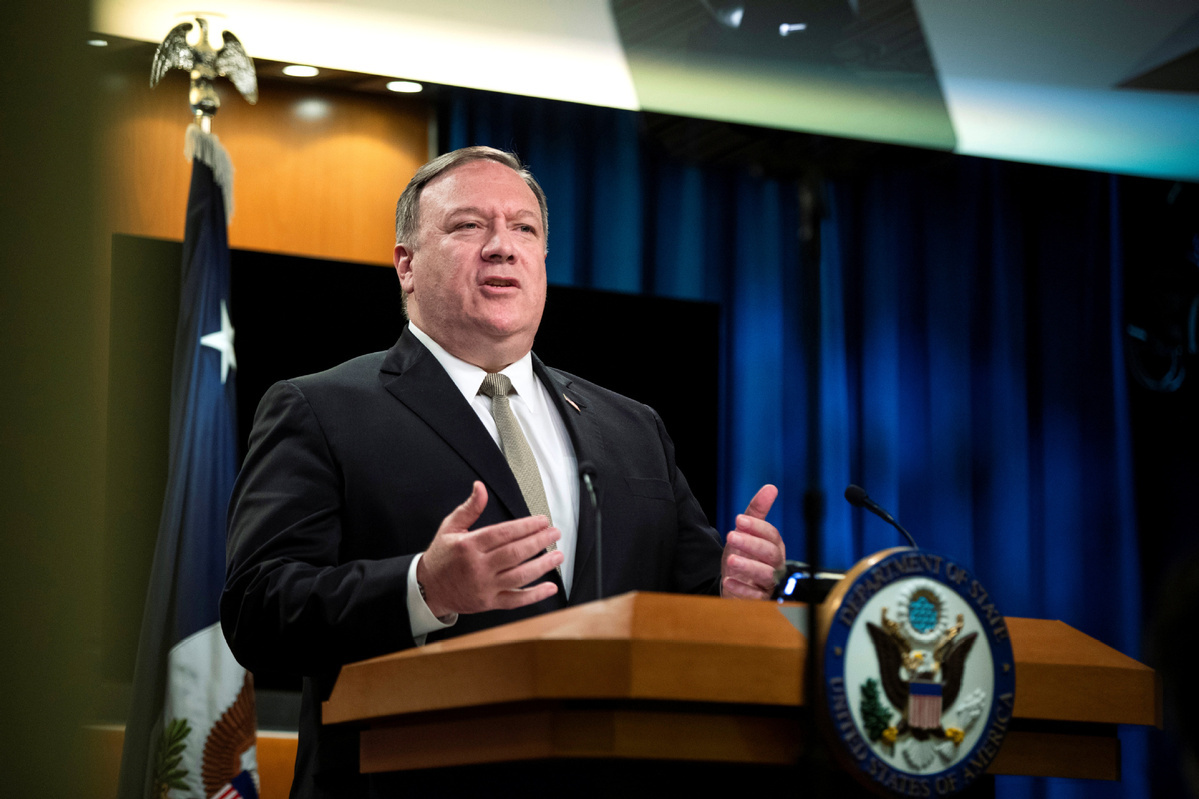 US Secretary of State Mike Pompeo speaks during a news conference at the State Department in Washington, on July 1, 2020. (Photo: Agencies)

The US State Department's order on Tuesday to close the Chinese consulate in Houston, Texas, within three days is not only a major provocative move against China but also a new low in US diplomacy. It reflects the depth to US diplomacy has degenerated under Secretary of State Mike Pompeo.

The US Department of State claimed the closure order was issued in response to repeated Chinese violations of US sovereignty, including "massive illegal spying and influence operations". Yet Angus King, an Independent senator from Maine and a member of the Senate Intelligence Committee, told CNN on Wednesday that he has not seen any such evidence recently, and suspects that the move has much to do with the US presidential election scheduled for November.

Pompeo is a past master at creating distractions — in this case, to deflect public attention from the White House's horrible response to the COVID-19 pandemic, which has played the key role in the numbers of infections and deaths in the US reaching close to 4 million and 150,000 respectively.

Despite the suffering of American citizens, Pompeo has never talked about the pandemic at home. Instead, he keeps attacking China and the World Health Organization. In early May, for example, he claimed to have seen "enormous evidence" proving the novel coronavirus originated in a Wuhan laboratory only to retract his statement later when journalists cited evidence to the contrary.

But that did not dissuade Pompeo from attacking China in his speeches and tweets, almost on a daily basis, which is part of the undiplomatic way he conducts US diplomacy.

His remarks remind one of Nazi Germany's propaganda chief Joseph Goebbels who claimed that "if you tell a lie big enough and keep repeating it, people will eventually come to believe it".

In his speech at the Texas A&M University in April 2019, Pompeo, a former CIA chief, seemed to relish a slip of the tongue: "I was the CIA direct. We lied, we cheated, we stole. We had entire training courses."

However, such tactics might fool some uninformed US voters, not the world.

Pompeo has repeatedly tried to portray China as a threat to the world, but it is the US administration that has viciously attacked and pulled out of multiple international organizations and multilateral agreements, including the World Health Organization and the Paris climate accord — to name only two.

In a Pew survey in January, a majority of respondents from around the world disapproved of the US administration's policies, from punitive tariffs and climate change policies to building a border wall and withdrawing from the Iran nuclear deal. And a June poll by Washington-based Morning Consult shows that the vast majority of adults in the United Kingdom, France, Germany and Spain view the US leader's pandemic response as "poor".

In a new tactic, Pompeo has been trying to drive a wedge between the Chinese people and the country's leadership, especially the Communist Party of China. But soon he had egg on his face when Harvard's Ash Center published a report on July 9, showing that a staggering 95.5 percent Chinese people were satisfied with the central government, dwarfing Gallup's 38 percent approval for the US president this week.

I have covered former US secretaries of state and known quite a few US diplomats. I doubt they would feel proud of having a boss like Pompeo in the State Department.

People such as Aaron David Miller and Richard Sokolsky, both former State Department officials and now fellows at the Carnegie Endowment for International Peace, The Washington Post's deputy editorial page editor Jackson Diehl and The New York Times columnist Thomas Friedman, in their op-eds, have called Pompeo the worst secretary of state ever.

In his May 26 column, Friedman said Pompeo had "a well-earned reputation for pushing conspiracy theories" and didn't have "a single diplomatic achievement".

"The morale and effectiveness of our State Department — and our standing in the world — are both the worse for him," Friedman lamented.