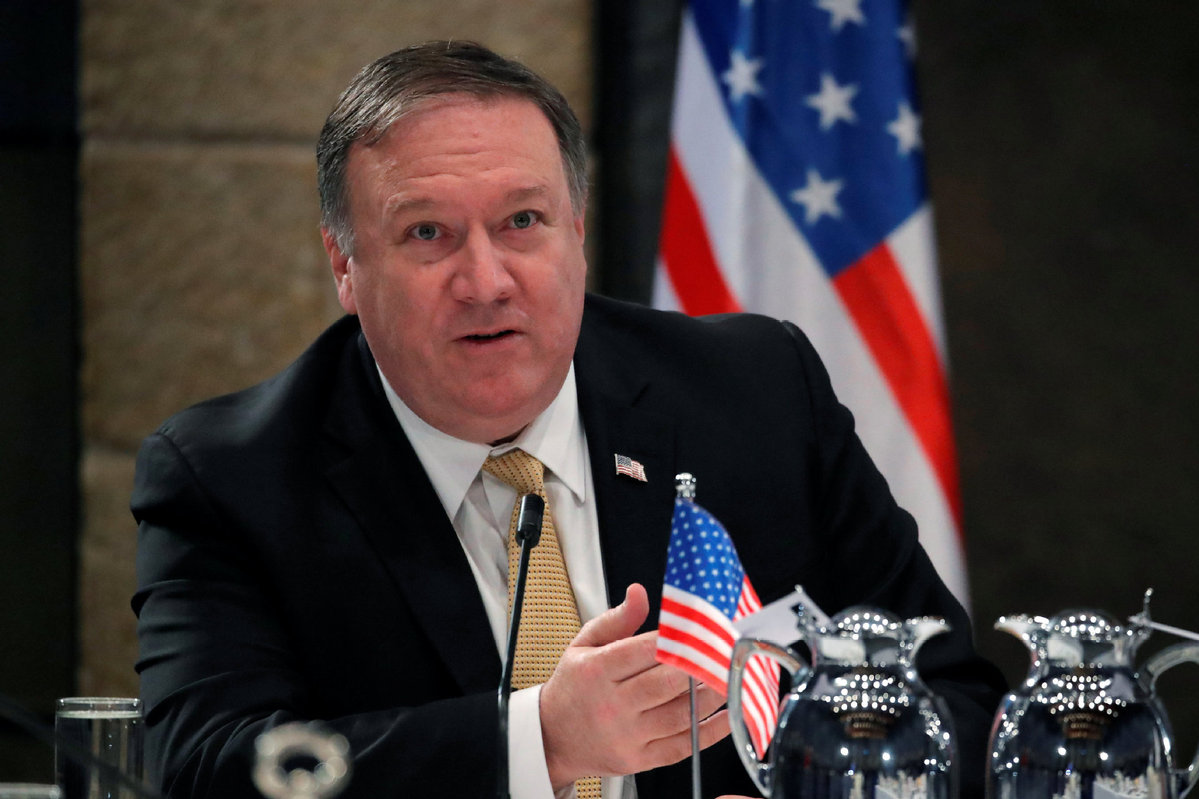 US Secretary of State Mike Pompeo is clearly intent on seizing every opportunity of his ongoing four-country trip to Latin America to attack China's role in the region. His latest attempt to throw mud at China's normal cooperation with Latin American countries was to accuse it of abetting authoritarian leaders and spreading corruption with its growing military and economic influence in the region.

In so doing, it brings debt traps, disregards rules and spreads disorder in the region, Pompeo claimed.

Pompeo's bad mouthing may stem from Washington's increasing anxiety about China's growing influence in Latin America, but people would never expect a decent diplomat to utter such slander.

Rather than being an indictment of China's role in Latin America, Pompeo has instead highlighted that of the United States.

It is US-backed military coups and its corporate plundering of resources that have led to the poverty, instability and violence that have created the tide of displaced people that the current US administration is so intent on erecting a wall against.

And it is the US attempts to instigate subversion and regime change in Latin American countries that have created such fertile ground for the drug cartels, which it has sought to contain with further interventions.

The current US administration is following a well-worn path with its efforts to topple Venezuelan President Nicolás Maduro and replace him with opposition leader Juan Guaidó, who it views as more US friendly.

The US is in no position to judge China's role in Latin America. Instead, it should reflect upon what it has done for the region.

Latin American countries have the right to choose their partners and benefit from conducting reciprocal cooperation with them in various fields.

China has no intention of competing for a sphere of influence with the US in Latin America. It seeks to forge win-win cooperation with regional partners and join hands with them for shared development and common prosperity.

There is no reason for the US to feel alarmed by this. That it so obviously is stems more from its deeply ingrained habit of viewing the region as off-limits to other powers rather than any activities of China.

Instead of treating Latin America as its exclusive domain, the US should shoulder its responsibilities as a good neighbor and do what is best for the region, even if that means cooperating with countries from other parts of the world that it regards as rivals.