By relentlessly barking at China, coaxing US allies, bullying opponents, and promoting hypocritical human rights globally, US Secretary of State Mike Pompeo has built an embarrassing reputation for himself in the international community, especially in China, as several press briefings by the Chinese Foreign Ministry have turned into trials that debunk various lies and misrepresentations by the top US diplomat. 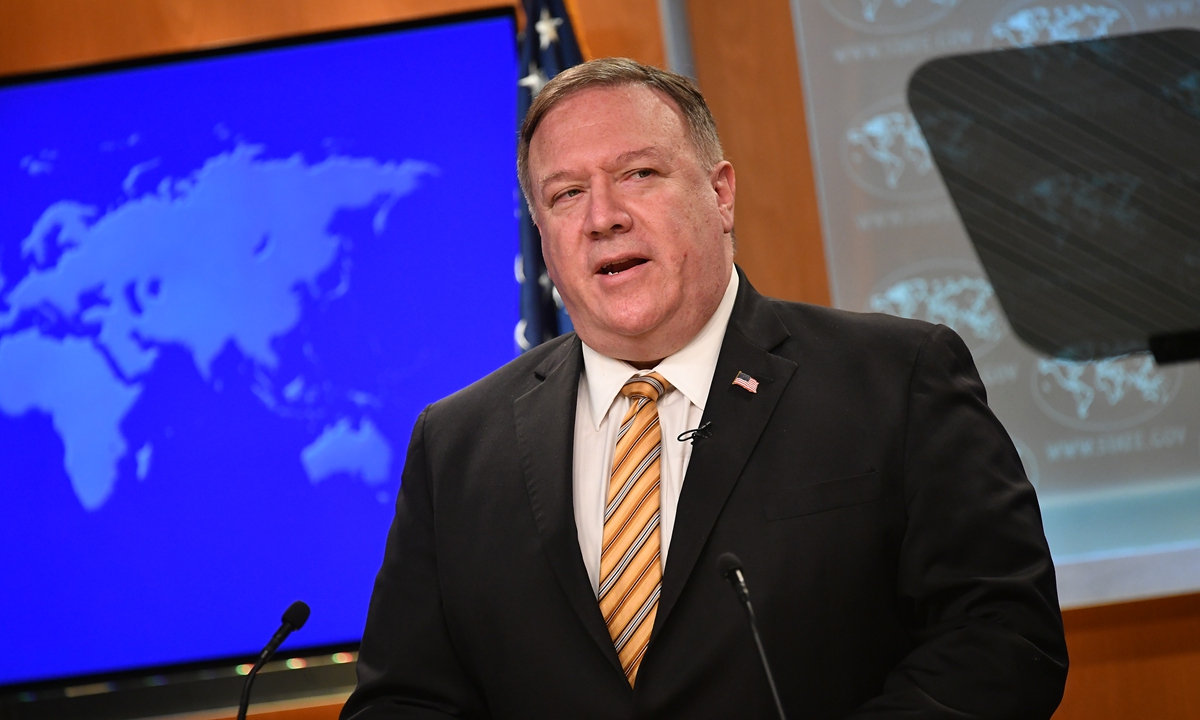 "Disgraceful, shameful, nasty… Pompeo is worse than any of these words, or any words we can find," experts said, noting that Pompeo's disastrous work at the US State Department not only threatens US diplomacy, but also destroys his future career options if Trump fails to win a second term.

"China" has never been absent from any of Pompeo public speeches on Wednesday and Thursday… and the whole week as the US politician seemed to repeat his unfounded accusation against China on its human rights record in the Xinjiang region and the national security law for Hong Kong, and he tried to incite ASEAN countries to confront China over South China Sea issues. The latest one ridiculed by the public was him calling the CPC the "biggest threat" to US national security during Trump's potential second term in office. 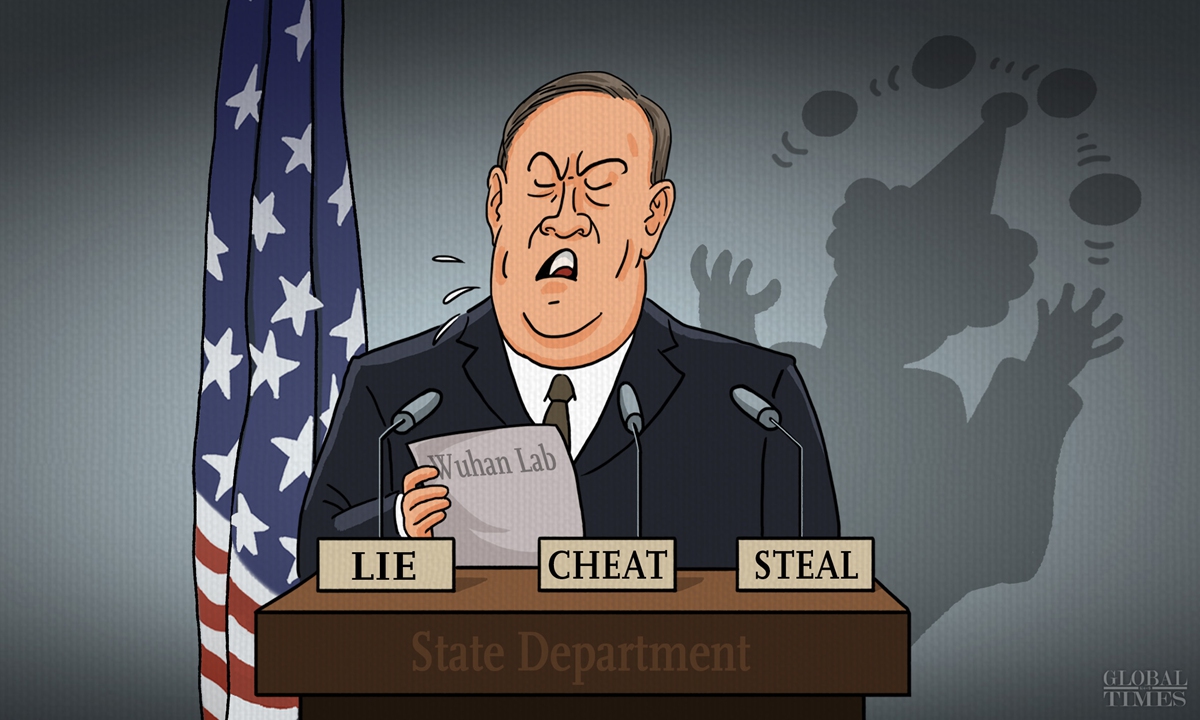 Chinese netizens are also familiar with Pompeo's name and his relentless attacks on China. They have dubbed Pompeo the "fat dog" as he barks about China every day. Some ridiculed him as a liar and actor who always takes the wrong script, especially after Pompeo said the CPC is "imperialist" and "expansionist."

"Is he kidding or has he left his brain at home? As it was his country which started several wars in Iraq and Afghanistan, and interferes in others' domestic affairs, how dare Pompeo say this? Disgusting!" one netizen said.

While Pompeo spares no efforts to vilify China, Chinese Foreign Ministry spokespersons, including Zhao Lijian and Hua Chunying, had to debunk lies and rumors made and spread by him at the Foreign Ministry's daily press briefings.

Hua told media on Thursday that she really did not want to make any comment on Pompeo, or turn the FM's daily press briefings into a special event that debunks Pompeo's lies.

When talking about Pompeo's slandering of the CPC on July 13, Hua Chunying said that "Pompeo, notoriously proud of lying and cheating, has lost all credibility. How hilarious that such a person should talk about credibility problems."

Zhao said on July 3 that "Day after day, Mr. Pompeo's lies and rumors demonstrate nothing but ignorance and prejudice." On July 9, Zhao also called on Pompeo to stop talking about credibility, truth or accountability because "we are so fed up with your words."

"With their own image and reputation hitting rock-bottom, I wonder why Mr. Pompeo and his like are so brazen to talk about credibility, truth and accountability," Zhao said.

From taking the lead to attack China, Pompeo is not only pushing his McCarthyist ideological bias further, but also shows his dishonest mentality, analysts said.

"Pompeo has fully displayed the bad side of US politicians: double standards, hypocrisy, lies. No one in the world in his position has ever acted like him; disgraceful, shameful, nasty… he is worse than any words we can find," Lü Xiang, a research fellow on US studies at the Chinese Academy of Social Sciences in Beijing, told the Global Times.

Pompeo is the only person in US diplomatic history to turn the country's State Department into his own platform to curse and abuse other countries. He has ushered US diplomacy into the unprecedented "insult era," Lü said. 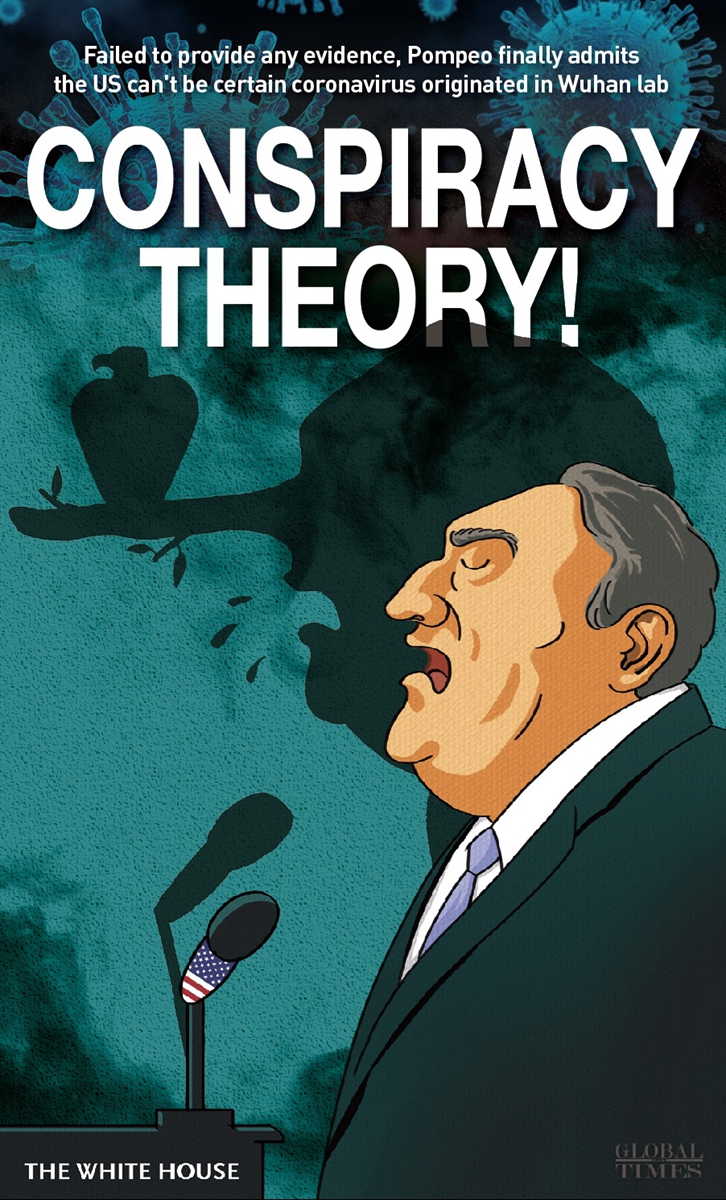 Pompeo's political career started in 2011 when he became a member of the US House of Representatives. Upon Donald Trump's election, Pompeo was chosen as director of the Central Intelligence Agency (CIA). In March 2018, he was picked as Secretary of State, starting his tenure as "the worst Secretary of State" in modern times, US media reported.

Pompeo's appointment as CIA director and Secretary of State took him out of previous obscurity as one of 435 congressmen in the US House. He was likely promoted for briefing Trump while working for the CIA and in early communication with North Korea, Lü told the Global Times.

However, as Secretary of State, Pompeo is far from qualified. In April last year, he said to a crowd in Texas, "I was the CIA director. We lied, we cheated, we stole… we had entire training courses." He is actually applying these so-called skills from his CIA training courses to lead the US State Department and creates trouble globally, experts said.

Pompeo has altered the US' diplomatic route to get the country nowhere, and has destroyed the stability of the international community. His diplomatic tactics are nothing more than using sanctions, slandering other countries, and imposing extreme pressure on other nations. These moves have been criticized by many countries and US elites, Li Haidong, a professor at the Institute of International Relations of the China Foreign Affairs University, told the Global Times.

Front and center on several hot global topics, Pompeo has always played a shameful role. For example, two weeks after his appointment as Secretary of State, the US withdrew from the Iranian nuclear deal. Known as a hardliner, Pompeo failed in his quest to make Iran yield, but only made the Iranian nuclear issue a hot topic.

In November 2019, Pompeo said the US no longer views settlements in the occupied West Bank as a violation of international law, worsening tensions in the region.

Following the COVID-19 pandemic, instead of improving international anti-virus cooperation, Pompeo has been busy echoing Trump's comments to shift blame to China and the World Health Organization. He also pressured  US allies to ban Huawei and pick sides between China and the US.

Incompetent as a top diplomat, Pompeo will face a dim future for the rest of his career if Trump loses in the upcoming US elections, analysts said.

As Trump's loyalist helper and a hawk, Pompeo is fishing for his personal gain, hoping to come to the forefront of the US political scene by entering the Senate or even running for president in the future, or other key positions, Li said.

Lü noted there is a higher possibility that Trump will lose. Trump knows it, his campaign knows it, and Pompeo also knows it. This is why Pompeo is going hard at China.

Following an announcement that US Senator Pat Roberts would not seek re-election in 2020, there was speculation that Pompeo would run for his Kansas seat.

There is little chance Pompeo would do so as it would be regarded as a severe betrayal of Trump. The US has the tradition of revolving doors; however, Pompeo's future is not optimistic: his poor performance as a top diplomat and bad reputation may block him from becoming a businessman, and there are few possibilities for him to be a mediocre research fellow in any think tank, Lü said.