Pooling all power to defend multilateralism 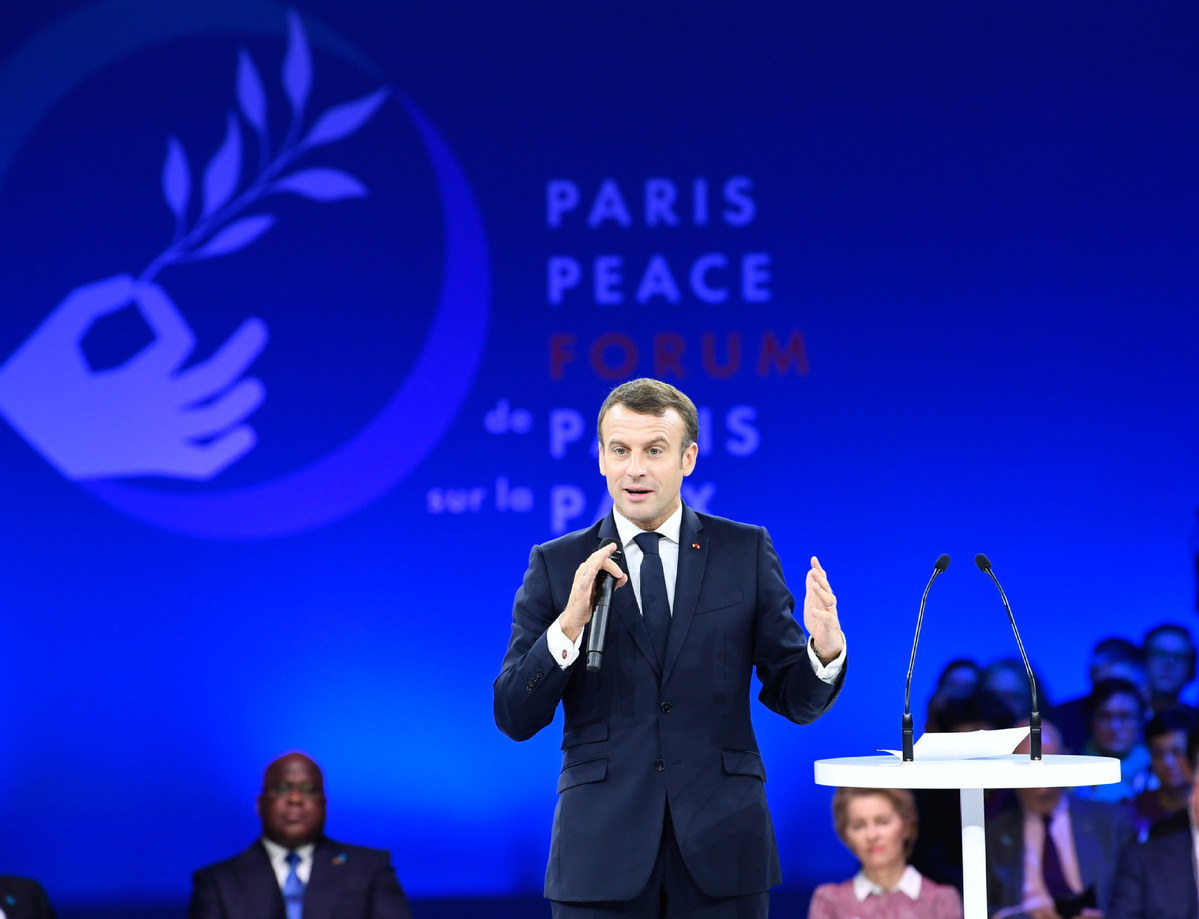 To praise and call for international cooperation that safeguards multilateralism and promotes win-win results is now a common practice of the world.

The second edition of the Paris Peace Forum recently held was a perfect demonstration to this point. The event was joined by over 7,000 delegates from 136 official delegations, including 30 heads of state, government, and international organizations.

Centering on six major themes, the event held a total of more than 80 multilateral discussions on peace, security, development, environment and new technologies.

Secretary-General of the United Nations Antonio Guterres shared his ideas at the forum, saying that the world is breaking apart and the status quo is untenable. He noted that no country is capable of bridging these fault lines in isolation, separately from the rest of the world.

“We must do everything possible to avert this Great Fracture and preserve a global system: a universal economy with respect for international law; a multipolar world with solid multilateral institutions." he added. His concerns echoed with those of the delegates.

French President Emmanuel Macron, initiator of the forum warned that the world is witnessing a crisis without precedent in the global system.

Development gap is growing amongst the sluggish global economy, and the world is overshadowed by the rising Cold War mentality and unilateralism. All countries must work together to explore a global governance plan that is more impartial, effective and conforming to the trend of history.

China has sent high-level delegations to the Paris Peace Forum for two consecutive years, making voices to support multilateralism and offering solutions to global governance. The Chinese presence has become one of the highlights at the forum.

The Chinese wisdom is manifested in many issues under discussion at this year's forum, such as China’s ecological progress and the country’s efforts to build a multilateral dialogue and collaboration platform between South-South cooperation and the Belt and Road Initiative.

During the forum, China hosted a round-table conference on biodiversity, a preview of the 15th meeting of the Conference of the Parties to the Convention on Biological Diversity to held next year in Kunming, capital of southwest China's Yunnan province, receiving huge attention from various parties.

China plays an important part in safeguarding multilateralism and world peace, noted Jean-Pierre Raffarin, former Prime Minister of France at the forum. China sent a message to the world that multilateralism and cooperation are the only path leading to peace, he added.

In the face of the ever-changing international situation, China and Europe, both major powers, markets and civilizations in the multi-polar world, have witnessed increasingly closer cooperation under multilateral frameworks, shouldering historical responsibilities. Their efforts are obvious to all.

During Chinese President Xi Jinping's recent visit to Greece, the two countries issued a joint statement on strengthening their comprehensive strategic partnership. The two sides have agreed to promote openness and inclusiveness in building an open world economy, and to oppose all forms of protectionism and unilateralism.

The two sides will work together to advance and deepen China-EU comprehensive strategic partnership and forge partnerships for peace, growth, reform and civilization. At present, to build stronger multilateralism between the EU and China is a topic receiving increasing attention from foreign media.

The world today is like a vast ocean in which all countries are interconnected. Facing the same challenges, no one can stay unscathed or deal with these challenges on their own. Shifting troubles to others is not the right way forward. Collective response is the only viable solution, which is a consensus among all rational thinkers and doers in the world.

In a world that is undergoing profound changes unseen in a century, it is increasingly acknowledged that only by pooling all power to defend multilateralism and conducting international cooperation for win-win results can human beings embrace a bright future featuring common development and prosperity.